Home » Blog » Does your savings portfolio give you this kind of peace of mind?

Does your savings portfolio give you this kind of peace of mind? 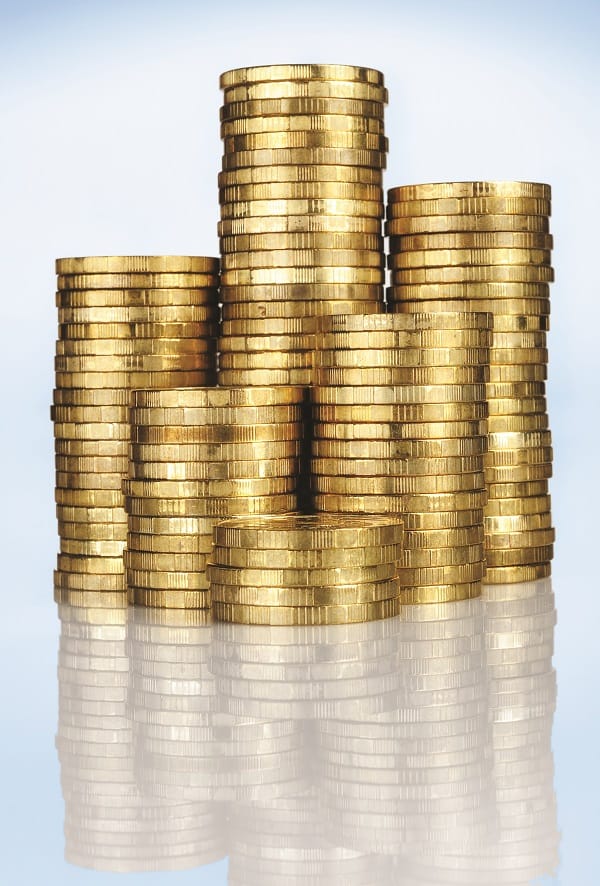 The imagination of gold bugs, treasure hunters and average Joe’s alike have been ignited by the recent story of the unnamed couple in California who miraculously unearthed a trove of rare and beautiful gold coins in their backyard while out on a walk with their dog. Can you imagine? They happened to spot a rusty metal can in the ground, investigated, and in an instant their lives were changed as they pulled six cans of gleaming gold coins out of the earth.

It appears the coins had been hiding there for about a century, and some are in incredible shape. One in particular could be worth $1 million all on its own because it is dated 1866 and is missing “In God We Trust”. That was the year that U.S. Mint started adding that inscription, and it is one of the extremely rare coins from the year without it. Most of the 1,427 coins found are $20 gold pieces, which makes the face value of the stash about $28,000. However, they will be listed on Amazon in a few months, and between the gold content and numismatic value of the coins, the couple can expect to net upwards of $10 million when all is said and done.

What a great story, an incredible dream come true! The couple says they will donate some of the proceeds to charity, and they also note it will allow them to keep their property. Imagine this type of peace of mind, to know that your savings will allow you to provide for others and offer you a greater sense of financial security for the future. That’s why our clients buy gold, and that’s what gold could one day do for you, too.

Now, you may not have a hidden million dollar payday tucked away on your land – although there are many interesting stories out there about stashes hidden by the Knights of the Golden Circle or the $30,000 in gold coins still unaccounted for from the Dimmick bank heist – but for centuries gold has afforded people the financial stability to do those two things: provide for others and maintain the value of their savings.

Many of our clients are storing up their own stockpiles of gold with those very things in mind. Many don’t ever plan to sell them personally, but to bequeath them to their children and grandchildren. Many also want the financial stability to be able to comfortably give to charity. And most have the goal of putting a floor under the losses that their portfolios could be vulnerable to. In other words, they want to be able to maintain what they have, to preserve their wealth, and to have some confidence in the future.

Historically, there has been no better way to accomplish those goals than with gold. Saving in rapidly depreciating dollars – or any fiat currency, for that matter – has proven throughout history to be hopeless. Playing the stock market can make you even more vulnerable. But storing up a form of money like gold, which appreciates rather than depreciates, can be such a beneficial option. Imagine $28,000 becoming $10 million! It doesn’t happen overnight, but gradually and powerfully over time. Even apart from the numismatic value of the coins this couple unearthed, the melt value of the gold alone is worth $2 million!

Are you ready to start building your own stash of gold? Call us today or click here to get on your way.