Home » Blog » What did the world’s financial elite just discuss behind closed doors?

Meeting in near-secrecy in Washington – under the radar of the mainstream media – the world’s most powerful financial brokers just discussed the future of global economic order. 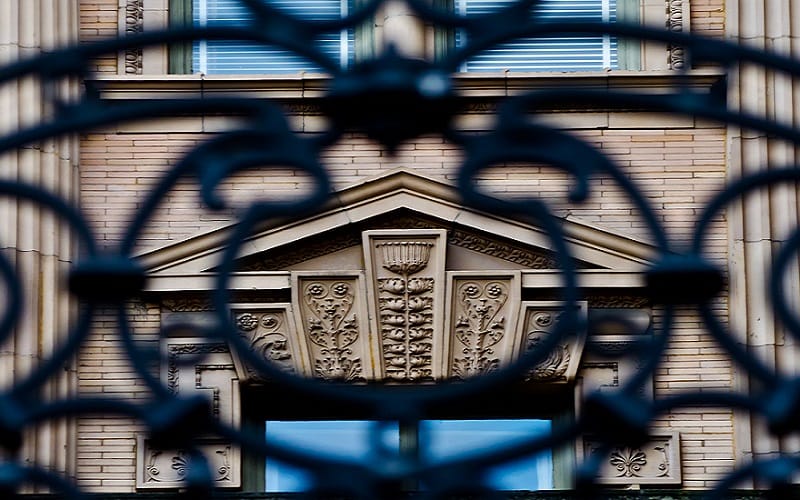 Today the financial heavyweights in the world of finance met behind closed doors to discuss the future of the global economic system.

Held in Washington, the meeting was titled, ‘Gold, renminbi and the multicurrency reserve system’.

Co-hosted by the World Gold Council, the purpose of the meeting was described on the website of the Official Monetary and Financial Institutions Forum (OMFIF) this way:

“OMFIF, in association with the World Gold Council, hosts a select group of central banks and other official sector institutions for a breakfast discussion on gold, the renminbi, and the multicurrency reserve system. Discussions are under Chatham House Rules and take place during the International Monetary Fund and World Bank Group spring meeting in Washington.”

If there’s any indication of how critical this meeting was, the European Central Bank (ECB) actually moved their scheduled meeting on monetary policy from Thursday to Wednesday just so they so they could be in attendance. You’d think that should be enough to get a few mainstream reporters asking questions. Yet the mainstream media completely missed the story.

It’s unlikely we’ll ever hear much about this meeting, as it falls under the secrecy of Chatham House Rules, yet there are some indications of what was covered by some of the world’s most influential central bankers. And since most of the media has been caught napping, we’re here to do our best to read the tea leaves.

Here’s what was likely discussed in regards to each of the three topics listed in the title of the meeting:

It’s no surprise that the Chinese renminbi is a chosen topic to be discussed as the eastern nation’s continued rise in power and influence is out in the open for all to see.

The introduction of the newly created Asian Infrastructure Investment Bank (AIIB) will further shift global power to the east and challenge the presently established western financial institutions, notably the IMF and World Bank.

No doubt the meeting will involve discussing how to incorporate the renminbi into the current systems as a means to limit its growing power.

With an increasing number of nations turning away from using the U.S. dollar in international trade, the shift from the world’s reserve currency has pundits asking, “What will come next?”

The most likely options are either the International Monetary Fund’s SDR currency basket, a gold-backed currency, or a combination of the dollar and SDR.

Every five years the IMF takes a look at its Special Drawing Right (SDR) currency basket. Currently the pool consists of the U.S. dollar, euro, British pound and yen, but later this year, it’s up for review. And considering its growing influence in the world, the renminbi is likely to be added.

When addressing whether the Chinese currency may be added to the SDR system, Christine Lagarde, head of the IMF, put it bluntly: “It’s not a question of if, it’s a question of when.”

There’s one other important currency that some have suggested could be added to the SDR. It’s one that could add much needed stability to global fiat currencies, and reinstate confidence in them…

Gold: Could it be added to the SDR?

Lord Meghnad Desai, chairman of the OMFIF, was recently quoted as saying:

“A bit of gold” could help stabilize SDRs. “We could ask that gold be nominated as part of the SDR. That is one thing I think is quite likely to happen.”

There you have it. The Chairman of today’s meeting has openly told us that he would like to see gold added to the SDR.

For now, we can only speculate on the specifics of what was discussed behind the closed and private doors of the meeting. And with almost no one on the outside asking questions about what decisions were made, we might never find out.

But by reading what people who attended the meeting have been saying, and by looking at current trends, we can make some educated and logical guesses as to how this will play out:

Did you know that we’ve conducted exclusive interviews with some of the world’s most esteemed financial commentators? Watch our interview with Dr. Ron Paul here.