Home » Blog » Can A Greek Tragedy Happen in the United States?

Can A Greek Tragedy Happen in the United States?

As Greece inches its way towards default, we look at how the United States has put itself in a similar situation. The similarities are eery. 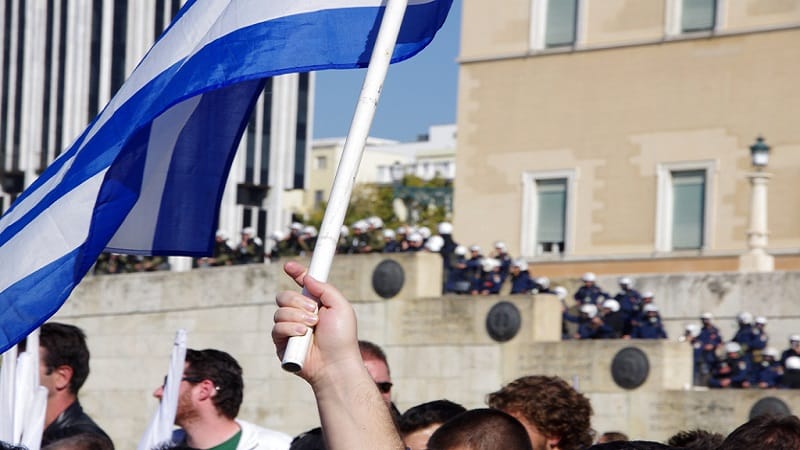 For several years now, the Greek tragedy in Athens has been playing out in slow motion for all the world to see.

The plain and simple truth is that there is essentially no way that Greece can pay back the amount of debt it owes Europe and the International Monetary Fund (IMF). Greece will likely default and be forced to leave the Eurozone – what some have dubbed the Grexit – in which case they will have to reissue their old currency, the drachma.

We’ve already written extensively on this topic. But one question we’ve yet to tackle is most important to many of you: Could the same ever happen here?

You may not like the answer: The groundwork has been laid for the same situation to happen in the United States. Greece and Europe got themselves into this mess by spending too much money that they didn’t have. Sound familiar? The sovereign debt of the United States is approaching $20 trillion. That is an astounding amount of money. Projections are for the debt to hit $30 trillion within the next decade.

But sadly, there’s more to our mess than just the debt.

Consider the recent actions of the Federal Reserve Bank of the United States. Instead of instituting policies that would maintain the credibility of our currency, the Fed has been printing money like a drunken sailor. This has created a massive liquidity bubble which has spread throughout the world. So if you throw that on top of our fiscal irresponsibility… now you have a situation with gasoline being thrown onto the fire.

The problem, of course, is that at some point, that fire will erupt to new heights. And we may be approaching that point in the near future.

But sadly (yet again), there’s more to our mess than just the debt and the Fed’s loose monetary policies. Now we receive news that the Fed has been loosey goosey with our gold holdings. An article on Soldius.Center recently noted that for the first time in 70 years, nations around the world are repatriating gold in large quantities from the vaults of the Federal Reserve:

“Since 2012, there’s been an unprecedented call from foreign nations to repatriate their gold from Federal Reserve vaults in the U.S. This is an incredible development given many countries’ 71-year reliance on the Fed as a custodian for their bullion…

“Something huge must [have] happened in the last few years to prompt such action. That something may be a break in foreign gold holders’ trust in the Fed as a custodian of their precious metals.”

So, we have extremely irresponsible monetary and fiscal policy – and now, a central bank that we may not be able to trust.

The world is watching and noticing these developments.

So what exactly could the future hold for the United States?

All you have to do is look at Greece, where they have run out of money. In defaulting on their debt and returning to the drachma, the Greek people will experience a massive currency and wealth crisis. Eventually, the weak, new currency may help Greek businesses recover, but in the short term, the nation will have to endure massive pain.

The United States, sooner or later, is going to have to endure massive pain as well. It is the ONLY way out of the mess we have put ourselves in. No one knows when it will happen; it could be tomorrow, it could be ten years from now. But it WILL happen.

How can Americans prepare for such a scenario and preserve the wealth they do have? You can move some of your savings to assets that maintain their value when fiat currencies lose theirs. Gold is one such asset.

When you’re ready to get started, all you need to do is request a free info kit on gold here. There is never any cost or obligation for you to do so.

If you’re not already one of the 1000s photo credit: stairs of authority via photopin (license)