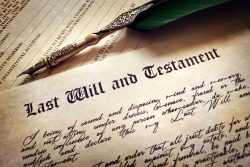 Unfortunately, when it comes to inheritance and IRAs, nothing is straightforward. Even though the inheritance rules are the same regardless of account type (Roth IRA, traditional IRA, SEP IRA, etc), each inheritance case is unique. By the end of this guide, you will understand:

This guide will give you a comprehensive overview of the implications of inheritance planning for IRAs while also giving you the tools to better handle your personal inheritance situation. Read on to discover everything there is to know about inheritance and IRAs.

In marriage, two people do not just enter into a love contract; they enter into a legal contract as well. The marriage agreement gives each spouse certain rights when the other spouse passes away, making this critical in the inheritance process. At times, spousal rights can supersede other property rights depending on the situation and the state or locality.

Here are some resources to help you understand the inheritance rights of spouses.

A will is a document that clearly states who will receive your assets after your passing. When a will is present, it makes the inheritance process much more seamless.

With a will, there is no guessing what the deceased wanted after they are gone. Therefore, if you do not already have a will, you should make plans to get one as soon as possible to ensure that your inheritance desires for your IRA and other assets are carried out as you intend.

Here are some resources that will teach you more about wills, their importance, and how to write one.

The right way to leave an inheritance

The entire purpose of estate planning is to leave your beneficiaries with as much of your wealth as possible. Obviously, you can name beneficiaries as you see fit. You can also take steps to ensure that your estate is set up in a way where those beneficiaries receive the maximum benefit after you pass on. At the same time, it is vital to have clear and open communication with your spouse, children, and other potential beneficiaries, especially if your inheritance is not being left to them all equally.

Like non-spouses, a deceased account holder’s wife or husband can take ten years to empty their retirement account funds. But spouses retain the option to simply absorb those retirement funds into their IRAs without any added penalties. This is the primary benefit of a spousal inheritance.

Still, the rules that applied to the spouse’s IRA remain with the inherited funds. If you are not yet 59½, you cannot withdraw funds from your IRA without paying an early withdrawal penalty, even if that money came from an inherited IRA. Required minimum distributions (RMDs) work the same as if the account’s wealth came solely from annual contributions and gains inside the account.

These “eligible designated beneficiaries,” as the IRS refers to them, can transfer an inherited account into one in their name. From there, they are required to take RMDs based on their life expectancy. This means more time for the account to grow tax-free.

Like spouses, non-spouses can take ten years to withdraw the assets in an inherited retirement account fund. The most significant tax implication for non-spousal inheritance is the recently passed SECURE Act. Signed into law in December 2019, the Setting Every Community Up for Retirement Enhancement (SECURE) Act was passed to help Americans expand and preserve their retirement savings. As a result, the bill had repercussions for inheritance planning for non-spouses.

Therefore, non-spouses can take up to ten years to withdraw from an inherited IRA without the fear of an early penalty withdrawal or annual withdrawal requirements. In fact, non-spouses can wait until the tenth full year after the original account owner’s passing before emptying the inherited accounts.

As previously stated, the inheritance process is not standard across the board. There are a variety of factors that determine how an inheritance will play out in any given situation. Here we will look at 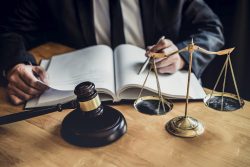 a few different scenarios and resources to help you understand the inheritance process.

This scenario tends to be the smoothest transition of inheritance. The presence of a will outlines how the inheritance is to be passed on while spousal privileges still apply. Depending on the state, the living spouse can receive an inheritance that supersedes the will document. The spouse will also need to understand how to handle the execution of the will, which will often require legal counsel.

Scenario 2: No Spouse + Will

In this scenario, all assets will be passed on to beneficiaries left in the will but were not married to the deceased. However, in this case, as well, state law can supersede the will in some instances. You can also learn about what you can do to be a beneficiary of retirement accounts that are not covered by a will.

Scenario 3: Spouse + No Will

If a spouse passes away without leaving a will, there will likely be questions and confusion for those that remain. Some rights are given to spouses legally after marriage and could be the basis for inheritance even without a will. However, some accounts do require a separate list of beneficiaries regardless of marriage.

Scenario 4: No Spouse + No Will

In this last scenario, there is not only no will present at the time of death, but no living spouse remains. Non-spouses who are not covered by a will may still have the right to claim their relatives’ assets depending on their relation to the deceased and the specific scenario. Learn about what happens to assets that do not have beneficiaries and state laws that rule them. The following articles cover different topics relating to this situation.

Some inheritance scenarios involve extenuating circumstances. They can be arguments over an estate between spouses and children or cases when a will is found after an estate has been settled. A will that was written at a time when the deceased was considered mentally incapable of making their own decisions can also be a special inheritance case.

The following special cases outline historical decisions made by local and national courts that can serve as a reference if you ever run into a similar issue or think they could potentially be a problem in the future.

Inheritance and other assets

When thinking about inheritance, you likely have additional assets beyond your IRA. Things like your 401(k) plan, individual stocks, and precious metals are treated differently during the inheritance process. Here is what you should know about how these assets will be affected by inheritance. 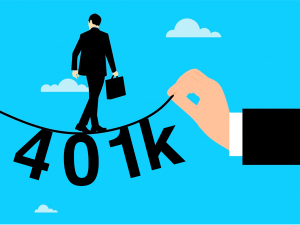 401(k)s are similar to IRAs in their inheritance laws, but with some crucial differences. Legally, any surviving spouse automatically receives any assets from a 401(k), superseding any previous agreement between the account owner and their heirs. The spouse can sign a contract to refuse the money, in which case it would pass to the next of kin.

Here is some more information relating to 401(k) inheritance.

Taxes on inherited annuities depends on how the beneficiary decides to take payments from the annuity. If the beneficiary takes periodic payments over the remainder of their life, they will spread the tax liability over a more extended period. If they choose to take a lump-sum payment, it will come with a larger tax burden in the short term as a result.

Many people own stocks in individual brokerage accounts outside of their retirement savings. These assets are treated differently than if held inside an IRA. Stock ownership is transferred to the spouse or beneficiary, who can do with them as they wish. When the shares are eventually sold, the cost basis of inherited stock used to determine the tax calculation is the shares’ value at the original owner’s death date.

Inherited stock is not subject to income tax. However, there are some exceptions for large estates that could fall under a government-imposed estate tax. The rules for inherited stocks also apply to similar assets like ETFs, which operate under the same inheritance laws. 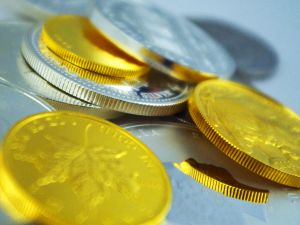 The inheritance of precious metals depends on whether these assets are held within the IRA. Owning shares in gold or other precious metal ETFs is relatively straightforward and would be considered the same as owning any other type of stock or investment. Even if physical gold or other metals are held within an IRA account, their inheritance is treated like any other IRA account.

The inheritance rules differ for physical precious metals (like gold bars, coins, etc.) held outside of a retirement account. Because the IRS considers all precious metals to be collectibles, the tax rate on these inherited assets depends on how long they have been held and how much the market value has increased.

Perhaps you are in a unique scenario with your inheritance. If you inherit retirement accounts that are not IRAs or 401(k)s, you may be wondering what to do next. Fortunately, 457(b) and 403(b) accounts are handled similarly to 401(k)s when it comes to inheritance. However, there are some caveats you should be aware of, which are described in the articles below.

Even with the best of intentions, sometimes there is no avoiding inheritance-related disputes. What was left behind in goodwill by the deceased may become a struggle that drives families apart. In these situations, the best response is to de-escalate and settle things peacefully.

Here are some guides you can read to learn more about what to do to reconcile inheritance disputes.

Inheritance planning takes time and energy but is a critical aspect of making sure the people you love are taken care of for years after you pass away. As for beneficiaries, understanding the inheritance process’s ins and outs is crucial to ensuring the deceased has their wishes honored and that you are not taken advantage of during the process. When it comes to inheritance, you can never be too prepared. Use these resources to help guide you along the way to anticipate and resolve any questions or disputes that could arise among your beneficiaries.