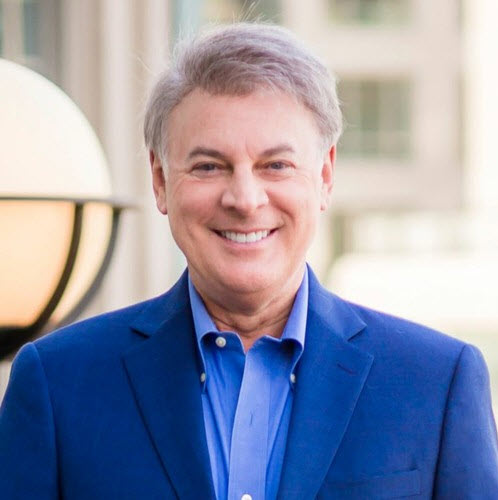 Who is Lance Wallnau?

Dr. Wallnau is an author, public speaker and consultant who has shared platforms with Ben Carson, Mike Pompeo and other Christian political leaders. He has conducted training for the United Nations and spoken at both Harvard and the London School of Theology. With a thirty-year background consulting for Fortune 500 business and nonprofits, Lance Wallnau realized his mission was to bridge the gap between the business world and the church.

As part of that mission, Lance introduced the “Seven Mountains of Culture” as a fresh template to explain how the church must engage with the wider world at the turn of the century.

USA Today described him as one of only three evangelical leaders to accurately predict Donald Trump’s presidency from the moment he began his campaign.

He currently directs the Lance Learning Group, a strategic teaching and consulting company based in Dallas, Texas.

Those who don’t know Dr. Wallnau as a consultant or evangelist probably think of him as a writer. Lance Wallnau’s books provide an intriguing perspective on the political and economic upheaval of the last several years.

Four years later, Dr. Wallnau published a follow-up to God’s Chaos Candidate. God’s Chaos Code builds on the Strauss-Howe generational theory to offer a new perspective on cyclical crises to shed light on America’s current situation and a history-based assessment of the years ahead. Briefly, Strauss and Howe state that historical episodes operate in cycles:

Lance Wallnau’s book posits that the U.S. is currently experiencing a Crisis-stage cycle that started with the 2007-2009 Great Recession, exacerbated by the Covid-19 pandemic and recession as well as the Russo-Ukrainian War.

A more timeless title among Lance Wallnau books, he co-authored Invading Babylon: The 7 Mountain Mandate. Inside, Wallnau calls to people of faith to stop withdrawing from the world and isolating themselves in their churches – and actively engage in the institutions that shape our daily lives. The 7 Mountains represent seven spheres of influence: church, family, education, government, media, arts and commerce.

Lance Wallnau is quite active on YouTube and regularly posts full episodes of the Lance Wallnau Show. In addition, Dr. Wallnau produces a number of podcasts and video series.

Safeguard your IRA or 401(k) by requesting your free guide from Birch Gold. Inside you’ll learn how physical gold and silver will protect against stock crashes, safeguard your savings against inflation, and diversify your savings.

For example, Genesis chapters 41 and 42 tell the story of the patriarch Joseph, sort of a project manager for the Egyptian pharaoh. He ran the urban planning departments of the cities, the ran the banks and was even in charge of public works projects. Thanks to a troubling nightmare the pharaoh had, Joseph anticipated famine. He constructed massive storage facilities, and during the good times, he stockpiled food: “And Joseph stored up grain in great abundance, like the sand of the sea, until he ceased to measure it, for it could not be measured.” (Genesis 41:49)

This is exactly what Lance Wallnau is referring to when he says:

The time to build your silo is right now. Joseph told Pharaoh to build storehouses to collect and hold the seven year period of harvest. We are in a Joseph season of provision and need to build silos quickly. NOW is the time to build for the future.

The Old Testament even has something to say about the wisdom of diversification:

Invest in seven ventures, yes, in eight; you do not know what disaster may come upon the land. (Ecclesiastes 11:2)

On saving for the future, the New Testament says:

Want to learn more about diversifying your savings with real, physical gold and silver? Get started here.