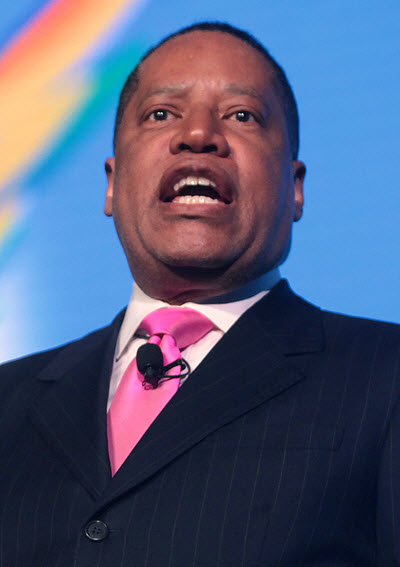 We’re thrilled to announce that Larry Elder, host of The Larry Elder Show, and contributor to Epoch Times, the Sage from South Central, has partnered with Birch Gold Group.

Larry Elder knows as well as we do that choosing how to preserve your wealth can be just as challenging as finding someone willing to speak the truth. Larry Elder isn’t afraid to tackle controversial subjects, even truly unpopular ones. This is just one of the many reasons Birch Gold Group is proud to be Larry Elder’s gold company.

Elder is perhaps best-known for The Larry Elder Show. On it, he has consistently tackled issues that few others would dare touch. The Sage from South Central describes himself as a “truth detector,” and he undeniably sees plenty of truth in the advantages of diversifying your 401(k), Roth or traditional IRA with a gold IRA.

Here are some of the highlights of their conversation:

I think the first time I heard the term “fiat currency” I was in the seventh or eighth grade and my teacher Mr. Landsdow said that gold the currency is no longer backed by gold backed by silver. Basically government’s just printing stuff and saying trust us to pay back our debts…

I’ve owned gold for many years. I’ve never sold any gold and I can’t imagine that I ever will sell gold in my life because it is somewhat of an insurance policy. I hope my daughters own gold someday. If it goes down I’ll buy more. I’m certainly not going to sell. Everybody should own some precious metals as an insurance policy, so if they don’t have any right now I would urge them to buy some. First do your homework. Don’t buy gold because you heard me say it or even because you hear you say it but if people don’t own they should start after they’ve done their homework and then they probably will if they do their homework, most people will realize, “Oh my gosh, I better have insurance! And gold and silver may get me through serious problems ahead.”

An attorney by trade and public speaker by profession, Larry Elder has been gracing his listeners, viewers and readers with refreshing commentary since the early 90s. Having spent 20 years on our local KABC network, Elder was most recently associated with the Salem Radio Network.

We like to think Elder chose Birch Gold for more reasons than just neighbors’ preference, him being both a California native and resident. In 2021, we came a hair’s away from having Elder as California’s Governor, a position we trust he would be well-suited for. As refreshing as it would be to have someone as outspoken and down-to-Earth as Elder in office, we believe his current vocation is equally as important.

In 2001, Elder penned a book called The Ten Things You Can’t Say in America. The bestselling author has many other hits under his belt, but we find this one of particular interest. We don’t imagine Elder expected the list of things that can’t be said to expand and proliferate as it has since the book came out.

It’s likely that Elder has shown such devotion to spreading his message and ensuring that all voices are heard precisely because of this. In today’s times, information is curated to say the least. Americans have difficulty not just getting to the truth, but merely finding relevant information. The economic reality of our nation is just one example, but an exceedingly uncomfortable one nonetheless.

Some of these might have made the headlines, others have not. These kinds of truths tend to get swept aside at the expense of everyone but a select few. Hard truths and little-talked-about issues are Larry Elder’s specialties. For example, does the everyday American know…

It’s no wonder that Elder is promoting physical gold investment as a tried-and-true method of protecting savings against calamities (financial and otherwise), countering inflation and, not least, offering peace of mind during times of economic uncertainty…

More conversations about gold on The Larry Elder Show

While his body of work is too diverse and encompassing for an entire website, let alone an article, gold investment is a recurring part of it.

Long before Elder formally endorsed Birch Gold and what we stand for, he could be heard talking about matters that are familiar to our readers. He, along with his guests, have introduced their own views on gold investment that align with our own views.

In July 2015, Elder mentioned that the Texan government decided to “repatriate” its $650 million of gold bullion and bring it within state borders. We frequently speak of how holding physical gold gives citizens power and how nations around the world stockpile it for this very reason. Texas’ decision to both own gold bullion and store it within state borders was interpreted as a protective act, this time shielding itself from the national government.

In November 2015, Elder spoke about skyrocketing purchases of gold coins and bars over what were (presumably) worries about the financial markets and the economy. Last year, the U.S. Mint’s inventory was all but depleted for months, and this year’s Q1 bullion sales were the highest in 23 years.

On August 2018, Elder decided to cover the importance of gold in greater depth, and spoke to his guest about why the gold standard is a necessity for over 11 minutes of airtime containing insightful and informative dialogue. This interview can help you get an in-depth idea of why gold does what the U.S. dollar, or any other free-floating currency, simply cannot: function as a store of value that isn’t living on borrowed time. It’s comforting to know that even before his partnership with Birch Gold Group, Elder knew of gold’s role in the financial system and how diversification with gold can be beneficial to everyday Americans.

Now that Larry Elder has picked us as his gold company, we hope we can help bring his audience more peace of mind regarding their financial futures. Whether we hear him on the Larry Elder Show, watch him on the Epoch Times or see his name on the Hollywood Walk of Fame… we’ll know that Elder’s financial future is good as gold.

We’ll also know that he’ll direct as many Americans as possible towards a sound financial path and help them avoid financial woes. No less, during one of the most challenging economic periods in the history of our nation.