Home » The LBMA’s Influence on the Global Bullion Trade

The LBMA’s Influence on the Global Bullion Trade 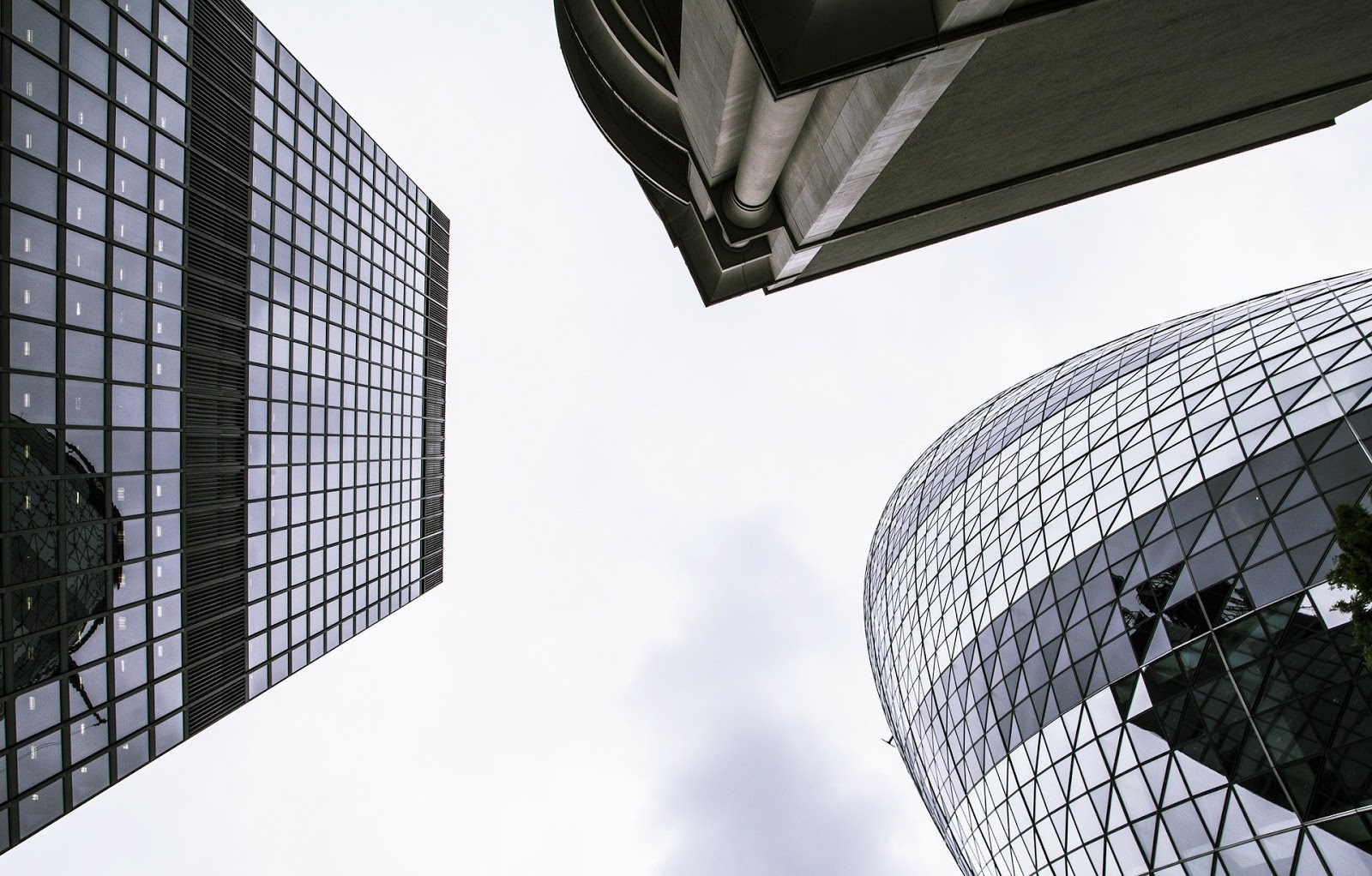 To understand the gold market, it’s important to familiarize yourself with the London Bullion Market Association (LBMA), the world’s most influential gold market authority.

World gold prices are set by the London Gold Fix, an LBMA auction that takes place twice a day. The organization is a large entity in the financial sector and an immensely powerful one at that.

Let’s explore which groups comprise the LBMA and how they came to hold the keys to global gold and precious metals pricing.

Table of contents
What is the London Bullion Market Association (LBMA)
What is “Good Delivery”?
LBMA’s Rise to Power
What is “London Pricing”?
Five Main Banks Clear London Gold
What Criticisms Exist Around the LMBA?
Understanding the Gold Markets

What is the London Bullion Market Association (LBMA)?

The LBMA is the world’s largest wholesale gold market. It plays a massive role in the price discovery of gold, sharing market dominance only with the New York gold market.

The group was created by the Bank of England (BoE) as a privately traded company in 1987 to regulate the bullion market. While the central bank or UK government does not technically run it, a Bank of England representative observes all LBMA meetings, and the two groups maintain close ties.

The LBMA sets the standards for physical gold and silver, including standards on acceptable dimensions as well as purity and refinery characteristics. LBMA refers to these requirements as its “Good Delivery” standards.

While it’s not an exchange or an exchange operator itself, the organization is somewhat synonymous with the London gold and silver markets, both of which are over-the-counter (OTC) markets.

Market makers in the London gold market are obliged to join the LBMA, and its 88 members and 66 associates are mostly investment banks, large international banks, and precious metals refiners.

There are four types of membership in the LBMA. Full members are active participants in the bullion markets and hold voting rights within the organization. Market makers have the same rights as full members, along with additional responsibility to quote bid and offer prices.

On the other hand, associate and affiliate members are not active in the market and do not have voting rights within the LBMA.

Group membership is dominated by bullion banks with over 40 members vs. just 9 metal refiners and no miners holding a full membership.

The market makers are international investment banks with branches based in London. As market makers, they must offer bid-price quotations on their products, such as spot prices, options, and forwards.

Banks like the Bank of China and Wespac are ordinary members of the LBMA. They are not market makers and thus not required to provide two-way price quotations but still trade in the London OTC gold market.

This group typically includes refiners, gold miners, central banks, and industrial operations that use banks and brokers’ services tied to the LBMA.

What is “Good Delivery”?

The Good Delivery standards are the rules outlined by the LBMA to standardize the gold and silver bars acceptable for settlement in the London Gold Market and London Silver Market.

Other specifications on dimension and markings can be found here.

Refiners must pay £8,000 in annual fees to participate in the gold market, or £12,000 for both gold and silver. Refiners who are either members or associates of the LBMA receive a 50% discount on those fees but must also pay £8,000 annually for membership or £5,000 for associate status.

When the Bank of England established the LBMA, the bank was in charge of bullion regulation. The LBMA had a serious advantage over typical trade groups by being government-endorsed. It was granted all of the roles that previously were handled by two separate organizations, the London Gold Market and London Silver Market of the 19th century, and this allowed the LBMA to consolidate power instantly.

Since the 1700s, the Good Delivery list was curated by the Bank of England, but again, this role now lies with the LBMA company established by the central bank instead.

By going on to attract major international bullion banks as members, the LBMA became a very powerful entity within the global gold market, a de facto market leader when it comes to gold prices which are set by the LBMA every day.

What is “London Pricing”?

London Pricing plays a significant role in the global discovery of gold. Twice a day, 15 accredited LBMA members collectively fix gold prices through electronic auctions that occur at 10:30 and 15:00 GMT each day. The prices are published benchmarks, and the auction price is a bid price for a gold ingot.

The auction does not set the price of gold throughout the day, and it’s common for gold to fluctuate directly afterward. However, it does set the spot price for that moment in time. The auction is administered by the ICE Benchmark Administration (IBA), and prices are published online.

In summary, the spot price of gold is heavily influenced by the 15 banks with LBMA membership, many of whom are also buyers and sellers of the assets they help set the price for.

An S&P Dow Jones Indices report listed this pricing mechanism as one of the disadvantages of investing in physical gold exchange-traded products (ETPs).

LBMA Statistics: What We Know

OTC markets are often hard to analyze. Unlike trades that go through an exchange, OTC deals do not appear publicly in the market’s order books. They do not tend to move the market, nor do the prices involved necessarily reflect the market spot price of the asset being traded.

Deals made over-the-counter are typically private and catered to the specific needs of both parties involved.

Due to OTC trading’s nature, there are sparse statistics available around LBMA volumes and activities, although some of its members participated in a voluntary survey in 2015. The OTC market for gold was over 100 times the mining production at that time, and the volume of gold traded in London is ten times the figure implied by clearing statistics.

Reuters has stated that the London gold market is a $6.8 trillion market, adding that gold worth $26 billion is traded every day in London.

A record 9,537 tonnes of physical gold worth $578 billion was held in storage in December 2020, but clearing statistics show only $36 billion cleared in all of December 2020, likely just a tenth of the overall trading volume.

It’s worth noting that the London gold market is largely paper-based, and much of the gold being traded may not physically exist.

These five banks have exclusive access to and management of London Precious Metal Clearing Limited (LPMCL), which clears all gold transactions in the London market as well as silver, platinum, and palladium. The latter two of these metals have become increasingly popular in recent years.

Approximately 20 million ounces of gold are cleared daily along with 200 million ounces of silver, but again, it’s estimated that the actual market is at least ten times larger than these figures indicate. Gold held physically in London is referred to as “Loco London,” and most of the world’s gold settlement is represented by Loco London gold.

These five banks use unallocated gold and other precious metals “for settlement of mutual trades but also for trades on behalf of their third party counterparties,” according to the LBMA website.

The LPMCL is reportedly undergoing reform to make it easier for other members to join following accusations of price manipulation by both banks and traders along with regulatory pressure, with a bullion bank source stating that failure to do so may have resulted in an anti-collusion lawsuit.

What Criticisms Exist Around the LBMA? 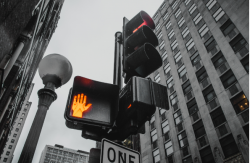 The LBMA is a controversial organization for many reasons.

The bullion bank members do not publish most of their trading data or statistics, leaving the market somewhat opaque for analysts. Meeting minutes are similarly unavailable, making it unclear how the organization works, how decisions are made, and what those decisions are.

The group drew criticism when it appointed the former head of the Bank of England Foreign Exchange Division as the new LBMA Board chairman. Unlike the BoE, the LBMA is virtually unregulated, and the appointment of BoE executives to key LBMA positions led to suggestions that the LBMA acts as an unregulated apparatus of the more regulated Bank of England.

The LBMA only began publishing data on its physical gold holdings in 2017 following public pressure to do so, and data is released with a one-month lag.

The group has also allowed banks to remain LBMA members after those banks were found to be engaging in criminal activities such as price-fixing. Barclays was fined £26 million in 2014 for gold pricing misconduct following a fine for similar charges in 2012 as well.

The bank lost no power in its role as an LBMA member; however, it was even accredited to become a direct participant in the daily gold auctions the following year, with a Barclays executive becoming a chairman for the auction.

Many in the market were dismayed to see a bank with a history of illegal gold price manipulation being given a key, unregulated role in setting the price of gold. Swiss regulators found that UBS AG had illegally manipulated precious metals prices in 2014.

Class action lawsuits have been taken out against LBMA member banks, including Societ Generale, Scotia Bank, and HSBC, by various precious metals traders, and again, none of these banks lost any of their LBMA privileges as a result.

The Gold is Unallocated

95% of the gold traded in London is unallocated, part of a fractional reserve paper-based trading system. This means the physical gold for much of the OTC trades being made may not even exist.

This is essentially based on trust — buyers trust that the banks could supply the physical gold if necessary, and because of this, it’s rarely asked for. However, many traders are uncomfortable with the idea of a gold market operating on the presumption of gold rather than being provably backed by physical gold as an underlying asset.

A final criticism is simply that there was no consensus involved in authorizing or electing the LBMA to set gold prices, especially with little to no oversight or even consequences for breaking its own rules.

The Bank of England was instrumental in establishing the LBMA as a financial powerhouse, but it remains an unelected body and a private company with no legal or official authority that nevertheless dominates the global gold market.

The gold markets can be complex, particularly when it comes to dealing with unallocated gold and paper-based gold products.

Birch Gold Group advocates the use of physical gold when making an investment, and we provide the option for true ownership of gold for all of our investors.