The Market Report: Should the dollar go back to the gold standard?

In a new book, Steve Forbes has advocated a return to the gold standard, warning that the implications of not doing so could wreck havoc on the economy. Forbes is far from the first person to push for moving back to a system in which the dollar is backed by gold – Ron Paul has been a vocal supporter for some time. With so much conversation swirling, our own Vince Miller and Will Hart give you some perspective: What would going back to the gold standard do for our economy, for the dollar and for gold? And perhaps more importantly, what are the ramifications if Washington fails to take action? Get answers to your questions here.

The Market Report: What is silver’s appeal as an investment? How is it different from gold?

Gold usually steals the headlines, but silver plays a critical role in any diversified portfolio of precious metals. In this episode of the Market Report, we take a look at silver's value as an investment. How does it compare to gold, and how are the two metals different? Why might you want to have both in your portfolio? And where might silver prices head in the future? If you want to maintain a diversified portfolio, you'll want to hear what Vince Miller and Phillip Patrick have to say.

The Market Report: Could gold go to $10,000 an ounce? What would that mean for the economy?

If you read and listen to enough people talking about gold, you will hear some people call for gold to reach extraordinary new heights. For example, Peter Schiff recently told us it would hit $5,000. Jim Rickards has called for gold to reach $7,000 to $9,000, and James Turk has gone so far as to say it will reach $10,000! Could these predictions prove correct? How likely is such a scenario? And most importantly, do we even WANT gold to hit such stratospheric levels? You'll want to listen to this week's Market Report to hear what Vince Miller and Will Hart have to say about the future of gold prices.

The Market Report: Could the government confiscate your IRA or 401(k)?

Argentina has done it. Ireland has done it. Poland has done it. Could the United States government be the next to nationalize some or all of the retirement accounts of its citizens? Do you need to worry about the security of your IRA or 401(k)? In this week's Market Report, we try to bring clarity to a debate that has many of our clients concerned.

Why Are Gold Prices Down Right Now? Is It a Good Time to Buy Gold?

While the yellow metal’s price has been trending down this year, major corporations and countries such as India and China are stockpiling gold, and many experts are warning of another market crash. Is now the right time to buy gold? Listen to our latest edition of the Market Report to learn more.

Steve Forbes has graciously given his time to Birch Gold Group for an exclusive interview, and in this special edition of the Market Report, we bring you some of the highlights. We asked the accomplished CEO of Forbes Inc. a number of questions: On the Federal Reserves role in the economy, how the dollar is being undermined, Americans' view of savings and what role gold can play in helping to safeguard anyone's savings. Listen to just some of what Mr. Forbes had to tell us, and get the very first reactions from our own Vince Miller and Will Hart. 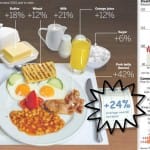 The Market Report: Is Inflation Really a Problem?

The Fed insists inflation is under control. Is it really? According to Financial Times, the cost of the most important meal of the day rose 24% year to date, with coffee being the biggest gainer going up over 70%. In this edition of the Market Report, Will Hart and Jake Kennedy tell us why we should be worried about inflation, even though the Fed says it’s all fine and dandy. Get all the facts here.

The Market Report: Russia’s “financial war” against the dollar

As Russia faces more economic sanctions from the Obama administration, Vladimir Putin isn't ceding the fight. Instead, he's retaliating and has essentially declared "all out financial war" against the U.S. How might that impact our economy and the dollar? In this week's Market Report, Vince Miller answers these questions for you and lets you know how gold can help you prepare as our currency is further devalued.