Here’s the coming avalanche that could further destroy the dollar 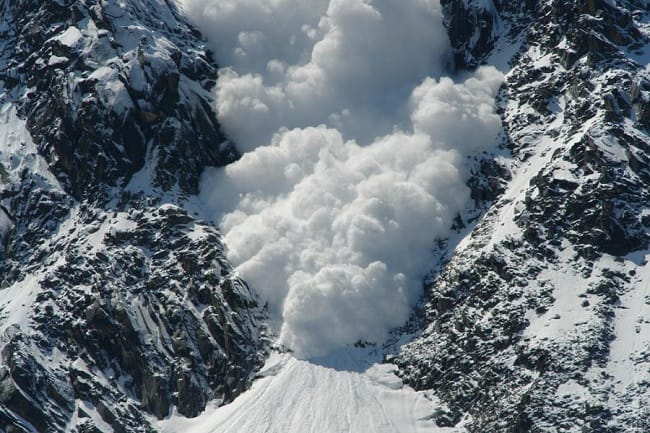 As we teeter on the edge of the inflation cliff, the Federal Reserve again has no idea what is coming. But this is nothing new.

Remember when no one could see the housing collapse coming? Remember the shock and surprise in the mainstream financial world when they learned that there was a housing bubble… only because they were watching it burst in real time? It is this same myopia that informs the Fed today.

Last week, Fed Chair Janet Yellen testified before Congress that a “high degree of monetary accommodation remains warranted” because the economy is still struggling to get off the ground. “Official” inflation remains under the 2% target rate, so easy money should be fine for the time being, she indicates. So while the Fed will continue to wind down Quantitative Easing (and kudos for that), the inflationary policy of near-zero interest rates will remain in place for the foreseeable future. Because, you see, the March numbers for CPI show enough inflation to make the Fed better that there is no deflation. And now they have all the excuse they need to keep on handing out cheap money!

Yes, and an avalanche is never a problem… until it falls on your head. If you look up, you might even see it in time to run. But from past experience, the only thing that will get the Fed’s attention is to be buried alive in snow – or in this case, money. Unfortunately by then, the damage has already been done.

Allan Meltzer, Fed scholar at Carnegie Mellon has a good take on this logic here, which boils down to this: If you want higher inflation, be careful what you wish for. Right now there’s an astounding two and a half TRILLION dollars idly sitting in our nation’s banks, which essentially amounts to a massive pile of kindling for an inflationary wildfire. Meltzer states:

“Never in history has a country that financed big budget deficits with large amounts of central bank money avoided inflation. Yet the U.S. has been printing money – and in a reckless fashion – for years.”

The budget deficit was $680 billion in 2013. That overage all gets “covered” by the Fed through new money creation. Meltzer sees the projected 3.5% increase in food prices this year as a warning. He warns that the endgame of all of this is inflation. All that money is just sitting there waiting to be unleashed, like an avalanche waiting for a gunshot.

The bright spot in all this is Yellen’s acknowledgement of the lingering unemployment problem. In her statement she did concede that while the unemployment rate looks better at 6.3%, the labor force participation rate is also down. She is willing to face the fact that we have an unprecedented, long-term unemployment problem and that many, many Americans who would prefer to have a job can’t find one. She could have just crowed about the drop to 6.3% and left it at that.

It’s nice for Yellen to publicly make this concession, however, her understanding of the root of the problem is leading her to poor solutions. The economy is stuck. Drowning it in money will absolutely devastate the unemployed Americans she cares so much about.

We hope you’re not one of the unfortunate many who would like a job but can’t find one. But even if not, it’s critical to ask yourself: Am I prepared for the coming avalanche of inflation?