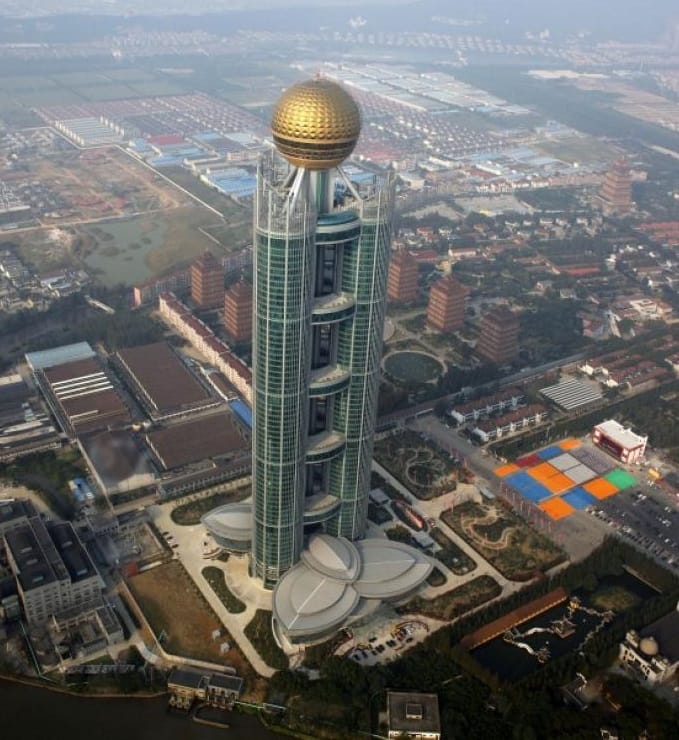 With economic gauges in China growing much more alarming in recent weeks, the nation’s credit crisis has deepened. To give you an idea of what’s happening, George Soros has compared China today to the U.S. in 2008. Take, for example, that the government there is injecting liquidity into the market on fears of a credit freeze, or that Chinese investors are rapidly shifting toward shorter-term bonds and away from longer-term vehicles, and seeking government-backed instruments. Put this all together and there is growing panic in China that it could face a full-on, old-fashioned bank run.

China was due for another correction. It had (and still has) all the hallmarks of a classic bubble: jackpot growth levels, easy money and loose credit, all of which has led to crazy malinvestment that must at some point contract. Manufacturing in China is now slowing way down. Not only that, but it has three massive skyscrapers due to be completed in 2014.

One half-serious (but surprisingly useful) indicator of a bubble is the “Skyscraper Index” which posits that record-breaking buildings are harbingers of deep recessions to come. The Empire State building opened in 1931. The ill-fated World Trade Center Twin Towers closely preceded the doldrums of the 70s, opening in 1972 and 1973. The Burj Khalifa was completed just as Dubai’s massive contraction hit in 2007. There are many other examples.

It’s not just eerie coincidence; there is a logical reason that large, capital-intensive projects like skyscrapers precede a bust. It has to do with credit expansion and over-speculative appetites that are eager to invest in riskier and more expensive things. Not only has China been building skyscrapers, but she has been building entire cities that nobody even lives in. Building something just for the sake of it is the very definition of malinvestment. After that often comes the crash, and if that’s what we’ve been set up for today, this one could be massive.

We’ve been there and we know how painful and scary corrections are, and what they mean in human terms. So does China.

That is why China is lately figuring ever more prominently in the increasing price of gold. As the inevitable bankruptcies, defaults and collapses loom, there is a flight to safety and quality. To the Chinese, that means gold. Demand in China both for gold bullion and jewelry is strong and poised to increase as the credit crisis deepens. Already fully 80% of Swiss gold and silver bullion and coin products are going to Asia, and Swiss refiners are busily recasting precious metals with Asian buyers in mind.

Don’t let all of that gold get to China before you get some. Take advantage of prices now while they are still affordable. Call us today at (800) 355-2116 to add some to your portfolio. Or just click here to request a free investment kit; as always, there is zero cost and zero obligation to get this invaluable information.

Gold moves to 4-month high as Ukraine tensions boost safe haven demand
“It’s a bit of a safe-haven story. The market is pricing in some uncertainty and we need to see an escalation for that to be a driver to take gold higher. If we are seeing a slowdown in economic activity that obviously also lends support to gold.” – Ole Hansen (link)

This is the foundation gold is working from for 2014
“The events of 2013 persuaded investors in western capital markets that gold’s bull market had definitely been broken, and that gold would probably go lower or at best move sideways in 2014. The underlying reality is very different, with China in particular managing to corner the physical market with trend-following Western analysts caught unawares. So far, instead of continuing to fall the gold price actually bottomed on 31 December at $1182, and since then has rallied over 13% to $1340. The position today is that some hedge funds which were short have closed their positions and there are more yet to do so. There is growing evidence for the trend-chasers that the price is entering a new bull phase, with the 50-day and the 200-day moving averages both rising and about to complete a golden cross.” – Alasdair Macleod (link)

Is the physical gold market finally beginning to assert its dominance over paper?
“What is also becoming apparent is that the physical market in gold seems to be a bigger driver of prices this month than the financial market. Last year, gold prices were effectively controlled by the bullion banks, which continued to dump more synthetic gold supply into the market by creating paper tonnes of gold. We have no idea how big that short base is right now among the bullion banks but clearly the move up in prices is going to make them think twice about adding more to their short base already.” – Jeremy Gray (link)

When gold next goes up, its ascent in price will be based in reality (not paper)
“Whether or not gold resumes its uptrend this year is a moot point. But what is certain is that the next up move will not be built on such shaky grounds – as the bulk of buying in gold at the recent lows has been from central banks, Chinese and Indian consumers and long term value investors.” – Vatsal Srivastava (link)

So many reasons for gold to continue moving higher
“Despite a Bloomberg headline suggesting the contrary, Chinese gold demand looks like it could be continuing at last year’s high levels where estimates of imports range from around 1,500 tonnes to over 2,000 tonnes… Add to this what we see as the likelihood of India relaxing its unpopular gold import curbs and continuing global uncertainty around flashpoints like the Ukraine, Syria, Venezuela, etc. – and wherever next appears on the serious political unrest front – plus the possibility that China could announce a big increase in its gold reserves given it is 5 years since it last did this (admittedly perhaps the most speculative of the above potential drivers) and we could well be set for a good year for the gold price.” – Lawrence Williams (link)

The real reason unemployment is “improving”
A massive 37% of the population is no longer looking for work. That’s the highest number in over 35 years. 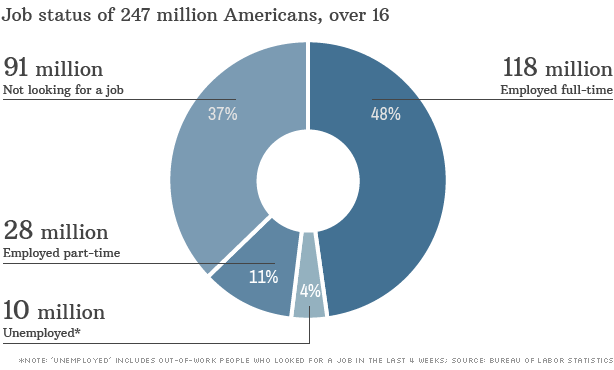