Home » Blog » A debt “deal” that solves nothing: How DC’s hubris could finish the dollar 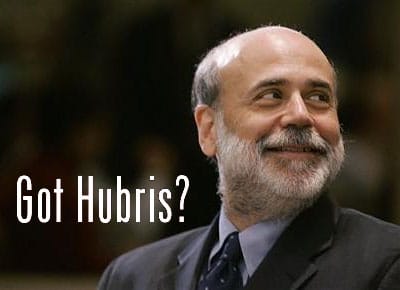 The dust is still clearing after a deal was struck late last Wednesday night to re-open the government and avert a debt ceiling crisis. The “deal” seems to be as deliberative and thoughtful as you would expect when struck under extreme duress. And yet again, those seeking to hold the line on exploding government debt lost, and lost big.

Instead of increasing the debt ceiling by a dollar amount, they have gone further and actually nullified it until February 7, 2014. That’s right: For a few months, Uncle Sam has a free pass to rack up as much debt as he can. And he didn’t waste any time getting started, as U.S. debt immediately exploded to just north of $17 trillion, setting a record of $328 billion added in just one day.

In addition to turning back on the spigots of government debt, 800,000 furloughed federal employees are back on the job and will be collecting every cent of their back-pay after 16 days off. Essentially it amounted to an extra two-plus weeks of paid vacation.

You could almost hear the collective sigh of relief when news of the “deal” began circulating. Everyone could now go back to their normal lives: The tantrum is over! The markets are happy! Everything is fine! The markets immediately signaled their approval, with the S&P closing at a new record high on Friday and the Dow and NASDAQ also closing higher.

The rest of the world is not as myopic as Washington. The rest of the world is still a little dumbstruck about what just happened – let alone what just almost happened – and what this signals for the future. It is not just Americans who suffer and will suffer due to the dysfunction of Washington. The Chinese, our largest creditor, is exposed to our government’s hijinks by a massive $3.6 trillion, and they are singularly unimpressed with our fiscal behavior. (And how embarrassing coming from communists!)

The world tolerates this insanity associated with the American dollar because there are as yet no better alternatives. For now.

Are you ready for that day?

Ron Paul to Birch Gold Group: This is “a very good time to buy gold”
“Right now, gold is in a bit of a correction. So it’s different than a bubble that occurs when the interest rates are very low in the dollar system and then people overdo things and they overbuy. But markets aren’t always smooth, and the gold market isn’t smooth, so it goes up, it might go up too much, and at times too fast and then it makes a correction because the traders are in there and they have all kinds of motivation. If people look at it long-term, you know, from when the Fed started when it was $20 an ounce up to the time it went up $1,900 an ounce, you know, that’s more of the trend. Of course now it’s down. Instead of people arguing that it’s too “expensive”, I would think people who are in it for the long term, it looks to me like this would be a very good time to buy.” – Congressman Ron Paul (link)

“Gold is much, much better than the dollar”
“We are just giving power to China – just handing it over to them. It’s as if we lost a big poker game to China, or we are in the process of losing. Yes, the US will probably pass an extension on the debt ceiling, but we are like blind men right now and we are just taking another step toward the cliff. The only reason we are able to continue with business as usual is because there is nothing better than the dollar right now that people or countries can easily turn to as a currency. There is gold, and gold is much, much better than the dollar. The more I look at the manipulation that’s going on in the markets, and I’ve never been one to believe in manipulation, but how can you avoid it when you see major financial institutions being accused of manipulating trillion dollar currency markets. Gold is just a drop in a bucket compared to these massive currency markets. Well, guess what? Pretty soon it will be gold that is the major currency and they won’t be able to manipulate it anymore because the people calling the shots in the gold market won’t be America anymore.” – Stephen Leeb (link)

Gold a “natural vehicle” to counterbalance government’s overspending
“In a nutshell, we are back to business as normal where the U.S. government spends way too much money; which we have to borrow on the global market. We have no realistic way to pay it back and even with a ‘shrinking’ rate of deficits, the situation is not sustainable. Gold is the natural vehicle to counterbalance this behavior and is going higher once again.” – Jeffrey Wright, managing director at H.C. Wainwright LLC (link)

Owning gold as a hedge against currency turmoil a “prudent” course of action
“What this man-made crisis in Washington does is highlight all the reasons why an investor should hold a portion of their portfolio in gold in the first place. The key drivers of the gold price remain firmly in place: an accommodative monetary policy from the Federal Reserve, continuing physical demand from Asia and governments around the globe looking for alternatives to the US dollar. When you consider even the remote chance that the world’s largest counterparty might fail on its debt obligations, what would stop lesser governments from doing the same? Under these conditions, it seems that owning gold at these prices as a hedge against the risk of default and continued currency turmoil would be a prudent (and contrarian) course of action. And in the unlikely case that the world experiences a default by the US, you will be happy that you did.” – David Franklin, Sprott Asset Management (link)

Elevated inflation has Asia flocking to gold
“With inflation still elevated in many markets and interest rates not offering adequate compensation, expect Asia’s voracious appetite for gold to persist. Asia is going for gold. Over recent years, demand has soared.” – Frederic Neumann (link)

Mario Draghi: Gold is “a reserve of safety”
“I never thought it wise to sell gold. Because for central banks, this is a reserve of safety, it’s viewed by the country as such. In the case of non-dollar countries, it gives you a fairly good protection against fluctuations of the dollar, so there are several reasons, risk diversification and so on. So that’s why central banks which had started a program for selling gold a few years ago substantially stopped.” – Mario Draghi, President of the European Central Bank (link)

U.S. debt jumped a record $328 billion in single day after the “deal” on Thursday; now over $17 trillion 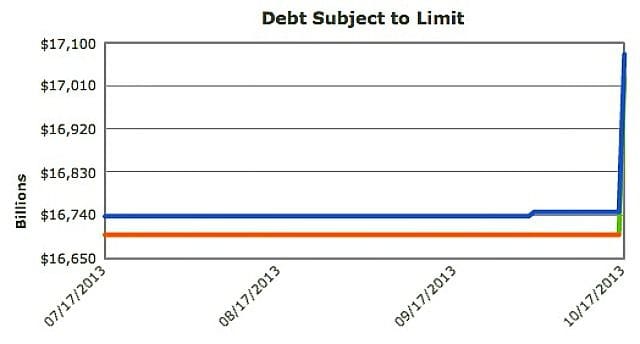