Home » Blog » Declare your independence! (from the dollar, stocks, the “herd”…)

Declare your independence! (from the dollar, stocks, the “herd”…) 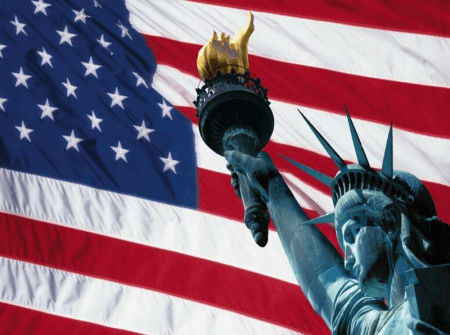 Our nation’s forefathers knew there was a better way. The colonies had been forced to become too beholden to Britain, with hardly a say in how they were governed. So they rose up and declared their independence.

Two hundred and thirty-seven years later, that spirit of independence still lives in every one of us. We’re a nation of free thinkers; no single entity shall dictate our decisions.

This spirit of independence won’t endure on its own. Today, with politicians and the media alike trying to dictate whatever narrative is in their own best interest, we must constantly strive to live up to our independent ways. For us at Birch Gold Group, this is especially true when it comes to protecting your savings. Given all of the investment options available to you, rarely do we see those in the mainstream give precious metals fair consideration.

So for this month, in the spirit of America’s Independence Day, we encourage you to declare your independence from the narrative that others would like us to rely on.

What can you declare your independence from?

Declare your independence from the Dollar
Through its program of Quantitative Easing, the Federal Reserve is flooding the U.S. economy with 85 billion dollars per month. And with each one of those dollars that the Fed injects into the market, the less the dollars in your own savings are worth. The dollar, as with any fiat currency, is subject to periods of high inflation – even hyperinflation. No other fiat currency in history has stood the test of time; are we to believe that the dollar will be the first?

Declare your independence from stocks
The stock market has achieved record highs these last few months, but… most economic indicators show that the U.S. economy is still struggling… insiders are selling at increasingly alarming rates… and there are signs that we may soon face a Hindenburg Moment. So why are we seeing these record levels? It’s all on the back of the massive liquidity created by Quantitative Easing. With no easy way off of this “treadmill of money printing”, do you want to be exposed to stocks when Ben Bernanke is forced to pull the rug out from under QE?

Declare your independence from the “improving economy” narrative
Last Friday the Labor Department announced that the U.S. added 195,000 new jobs in June. But the headlines don’t tell close to the whole story. Dig beneath the big numbers just a little and discover… the unemployment rate didn’t budge… economic output is still weak… most new jobs were for low wages and for temporary work… most of the job growth was among women between 20 and 24… and only the wealthy seem to be experiencing any improvement. Are we truly to believe that the economy is recovering?

Declare your independence from the “herd”
Just when we’re seeing general euphoria in the market due to the stock market’s recent surge, there’s growing negative sentiment towards gold. But Ian Gordon, chairman and founder of the Longwave Group, argues that it’s at just these times, when the “herd” is going in one direction, that it’s best to go in the opposite: “I’m extremely bullish on gold. Bullishness in gold, according to the website Market Vane, is at 40%, the lowest it has been since 2001. Bullishness in the stock market is at 70%, which is almost the highest it has been since Market Vane began tracking it. I see a reversal occurring here, for the gold price to the upside and the stock market to the downside.”

Declare your independence from the short term
At Birch Gold Group, we believe you invest in gold and silver to protect what you already have. It’s a long-term investment, meaning there’s no point in getting caught up with the daily fluctuations of the markets or trying to time your purchase to the perfect day. In a recent interview with Newsmax TV, Al Korelin put it best: “Are you buying it as an insurance policy, which is the reason that my family has purchased gold. Or, are you buying it because you’re a short-term trader? I’m not smart enough to be a short-term trader. I can’t compete with the big guys, so my wife and I buy gold and silver simply because we believe it’s a good place to have a portion… of your portfolio.”

Declare your independence from paper investments
Whether you’re in stocks, bonds, mutual funds – even if you’re in gold ETFs – do you really own it? At the end of the day, all you own is a piece of paper. As we reported a few months ago, when the former CEO of the Chicago Mercantile Exchange tried to take delivery of his paper gold, not even he could get his hands on the physical metal! Remember: “If you don’t hold it, you don’t own it.”

Declare your independence from paper gold
With gold’s latest correction in price, the split between the paper and physical markets couldn’t be more pronounced. As the “weak hands” have been rushing to sell their gold ETFs and mining stocks, demand for physical gold has been soaring, with record bullion sales in England, quadrupling premiums in China, continued buying from central banks around the world and mints being swamped with orders. And can you believe this: In the past 6 months in India and China, a staggering 45% of consumers have purchased physical gold.

Declare your independence from the gold bashers
On the back of gold’s recent correction in price, too many so-called “experts” in the media have taken glee. Yet when stocks drop in value, sometimes by much greater amounts, these “experts” are exposed for the gold haters that they are. Of the precipitous drop of Apple and Facebook stocks, Frank Holmes asks, “Why is it that gold still struggles for acceptance as a permanent asset class? I, too, enjoy catching up with Facebook friends on my iPad, but I have more faith that millions of people in Asia and the Middle East will continue to adore the precious metal long after the novelty of Facebook and iPads wears off.”

Declare your independence from “$10,000 gold”
It’s not hard to find those who call for gold’s meteoric rise in price, all the way up to $10,000 and beyond. In fact, Nick Barisheff has made just this call in his new book. Who knows, maybe gold will hit such astronomical heights. But we’re not relying on it, and you shouldn’t either. Again, at Birch Gold Group we believe that you don’t invest in gold and silver to get rich; you invest in gold and silver to protect what you already have. The ultimate value of gold and silver doesn’t lie in their price, but in the time-tested protection that they provide.

This July, look beyond the mainstream narrative and declare your independence! Apply that spirit to your investment decisions. And when you’re ready to get started with precious metals, give us a call. We’re here to help get you protected.