Home » Blog » Another disturbing week for retirees, with potential for dangerous precedent

Another disturbing week for retirees, with potential for dangerous precedent

As the stock market has ridden to record highs on the back of the Fed’s stimulus programs, many have been calling into question the true health of the economy. Is today’s stock market truly a good indicator of improvement to the economy?

Detroit is feeling no improvement. In fact, it has gone off the cliff: Last week the city filed for bankruptcy, making it the largest ever to do so.

The plan – at least for now – calls for a huge reduction in payouts to secured and unsecured creditors as well as slashing pension fund payouts by 90%. No doubt it would be a devastating blow to the municipal-worker retirees who had put their retirement savings in the hands of what was once a flourishing metropolis, with the fourth largest population in the United States and highest per capita income.

Unfortunately the implications of such a move could reach beyond Detroit and across the entire country. Consider what some are saying:

That’s the sobering reality from last week. And sadly it’s just one more piece of bad news for current and future retirees from the past 10-15 years. Consider that from 2007 to 2010, Americans over 75 lost almost a third of their assets and that historic low interest rates (thanks to the Fed’s push to flush the markets with liquidity) have diminished the retirement savings of those with assets in fixed-rate investments.

And what of the stock market’s recent gains? Think they’ve put Americans into the black? Think again: According to Morgan Stanley’s Greg Fleming, $1 in the stock market in 2000 would today be worth exactly $1. 13 years of zero growth won’t cut it. Which goes a long way towards explaining why nearly half of seniors die broke, with less than $10,000 in assets.

It’s a tough time to protect your retirement savings, no doubt. And with Detroit now placing public pension programs on the chopping block – and in the process potentially setting a very dangerous precedent for other cities – many will find just one more challenge to overcome.

If you believe you need to reexamine the security of your retirement savings, we encourage you to take action now. We wish you the best, and a bright future.

The one (and most shockingly candid) quote you’ll ever need to read from Ben Bernanke
To the House Financial Services Committee: “I don’t think the Fed can get interest rates up very much, because the economy is weak, inflation rates are low. If we were to tighten policy, the economy would tank.” (link) 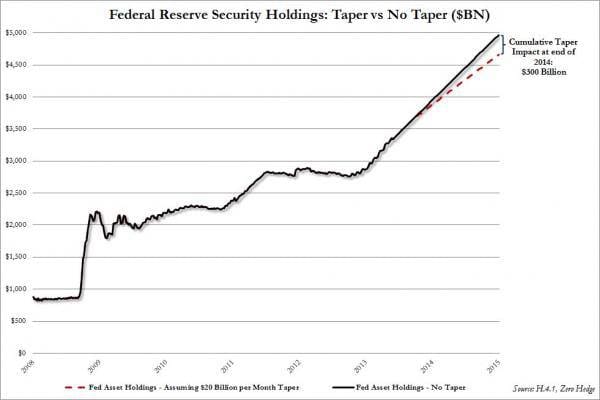