Gold suffered a setback last week, closing Friday at $1651.50, with silver faring no better, closing at $29.89. What does this pullback mean for the long term? It’s probably too early to say, as most of the experts are citing domestic troubles in the US as reasons for these latest movements. Remember, events such as the US jobs report and the country’s lurch towards the fiscal cliff are just a small part of what drives the precious metals market, so in the long run, they should only play a minimal role in the movements of gold and silver. As we report here weekly, the precious metals market is a global system. This week, news from outside the US really underscore how important it is to take a view of gold and silver from an international perspective. Get ready for Shanghai to come on line and watch out for renewed unrest in South African mines and liquidity issues in mining in South America. So despite some knee jerk reactions domestically, the same global supply and demand issues remain. If you understand this bigger picture, you were one of those who called into our office in the last week and snapped up some deals. It’s not too late.

Has Paulson really sold some of his gold?
“Well, of course that would be the perfect rumor to put out there when the markets are already declining. Here’s my view on that: First of all it makes no sense. Anybody who was that sophisticated wouldn’t be waiting for a thin holiday traded week to be unloading contracts at 2 in the morning or at odd times of day.” — Andrew Maguire (link)

Gold to come back with a vengeance, and not for the usual reasons
“You’re going to have the whole world waking up to this inflationary nightmare. [So] everyone will be rushing to buy gold and silver with all their dollars and all their euros, and there’s not going to be much to buy.” — Peter Schiff, Euro Pacific Capital CEO (link)

Silver at $32.50 in Shanghai and $29.61 on London Fixed: “the divergence has now become ridiculous”
“[T]hese high and low closing premiums literally illustrate the massive divergence between the paper market (and the physical market). And, Eric, this is on an exchange (Shanghai) that within the next two years is actually going to become the world hub of physical gold and silver trading. It’s going to have its own fixes. So I think [the manipulators] really pushed it a little too far today.” — Andrew Maguire (link)

We wish the best to you and your family. 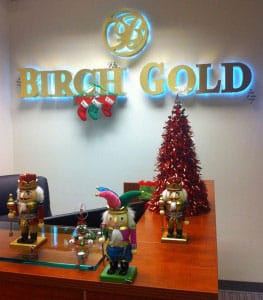