Home » Blog » It continues: More moves TO gold and AWAY from the dollar

It continues: More moves TO gold and AWAY from the dollar 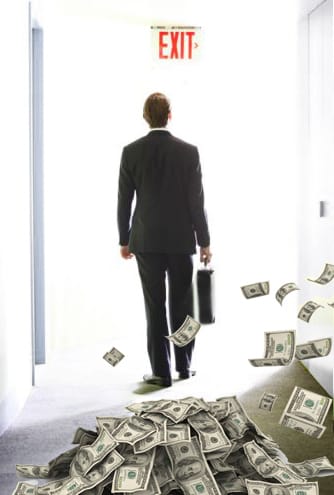 Here at Birch Gold Group, we’re always monitoring situations around the globe that could affect the precious metals market and your portfolio. We touched on three such topics in this week’s Your News to Know, and here we examine two more in much more detail:

Tax hike in Japan spurs a flight to gold

A coming sales tax hike in Japan has spurred a massive gold rush in the country, with gold sales having increased a whopping 530%. This is the first hike in sales tax in Japan in 17 years – all in an effort to deal with the country’s massive debt – and will bring the tax rate from 5% to 8%.

Gold sales will be subject to this increase, so short-term speculators are out in force buying gold with the intention of selling back to dealers after the tax increase takes effect.

It’s an interesting strategy, but one that we believe is severely misguided. How many times have we said that gold ownership – and especially ownership of physical gold – is for the long term? If you don’t understand that, then you don’t understand gold. And come April 1st when the tax hits, Japanese consumer demand could stall. Consumers are getting their purchases out of the way now to avoid the extra 3% surcharge. It is unclear how much the Japanese market fluctuations will affect the global gold price on their own, but it is something to be aware of.

Barron’s calls for $75 oil – The beginning of the end of the petrodollar?

Barron’s has predicted a steep drop in the price of oil, from current levels around $100 a barrel to $75. Support for this prediction is based on recent discoveries of domestic natural gas and alternative ways of getting to oil reserves in the U.S. In just the past 5 years, more than a trillion barrels have been discovered in the U.S., which represents about 30 years of new supply. You hardly ever hear about “peak oil” anymore. And with more alternative fuels and efficient engines coming to market, demand for oil continues to level off.

Barron’s posits that this drop in oil prices has the potential to savage the Russian economy, which is 70% oil and gas export dependent. Oil also makes up 50% of the Russian government’s income. Certainly if the U.S. is looking for ways to hurt Russia, bringing as much U.S. oil to market as possible could do the trick. In fact, energy consultant Philip Verleger has suggested that the U.S. sell off the nearly 700 million barrels in our strategic petroleum reserves precisely with the intention of hurting the Russians. After all, he says because of the influx of domestic supply, the SPR is obsolete.

What’s especially of interest is how all this could affect the petrodollar, which even before this development, has been showing serious cracks. Obviously, cheaper domestic gas will have benefits to the U.S. economy, but could those benefits make up for loss of reserve currency status? In the event that the U.S. meets its own energy needs, and Russia, China and Iran head up an oil bourse outside of the dollar, what happens to OPEC? What happens to the dollar?

Paradigms are shifting all over the world – far too many to be able to pinpoint what the future may bring. As we move into this ever-increasing uncertainty, gold stands as one of the oldest and longest-trusted stores of wealth. So when you’re ready to move some (or more) of your portfolio to the protection that it can provide, give us a call. Or if you’re not quite ready to pick up the phone, click here to request our 2014 investment kit. As always, there is zero cost and zero obligation to you – just the comfort that you’re taking the first step towards safeguarding your future.

Here’s why you need to prepare for dollar collapse NOW
“Imagine gas at $20 a gallon and bread at $10. That’s what we’re talking about… When I say the price of gold is going to $7,000 or $9,000 per ounce, which I expect it will, what I am really saying is the dollar is going to collapse 80% or 90% or more. It did in the 1970’s. None of this is unprecedented, it all happened before… When a collapse happens, it will happen quickly. You won’t see it coming. There won’t be time to run out and buy gold, and it probably will not even be available at that stage. You need to prepare now.” – James Rickards (link)

A reminder: This is when the best investments are made
“There will be many out there who read my list of fundamentals and dismiss them as things that might have relevance for the gold and silver price 10 years from now, but not anytime soon. And they could be right. But if you are on the fence regarding whether or not to put money into a stock market flirting with all time highs after having been up for 5 years, or a precious metals sector that has been left for dead by so many, I would remember that the best investments are those that are made when everyone else thinks you are crazy for making them.” – Ryan Jordan (link)

World Gold Council: Investor demand for gold to increase
“In the context of today’s market environment – one we expect to remain in place for the foreseeable future – holding gold diversifies portfolios based on its qualities as a transparent and real asset that lacks the credit and counterparty risk of both equities and bonds along with other investments… Despite growing over the past decade, gold’s current share of assets still remains below what it used to be in decades past. Even under a more conservative target, an increase to a global strategic allocation of 2% – the lower boundary of optimal gold holdings based on our research and that of others – can be sustainable and feasible. The gold market is deep and liquid enough to support higher global allocations and a growing investor base, and it is liquid enough to facilitate continued acquisitions.” – World Gold Council report (link)

Simple math: A weaker dollar must mean higher prices for gold
“One bullish factor that investors have to keep in mind is that commodities are priced in dollars, and I strongly believe that the U.S. dollar will continue on the course that it’s been on for the past 40 years, which is decidedly lower. This will lead to higher nominal commodity prices.” – Rick Rule (link)

The U.S. is like a ship with no lifeboats (full of suicidal bankers)
“The Chinese government knows that the dollar will not be around forever. China is purchasing enormous amounts of gold to add to their huge pile of U.S. Bonds in the reserves of the Bank of China; the government of China is more enlightened than the government of the U.S., because it is encouraging the Chinese to purchase gold and silver.” – Hugo Salinas Price (link)

Demand for physical silver “through the roof”
“While prices dropped last year, we saw physical demand went through the roof. Our American customers seem to be concerned about rising government debt in their country and see silver as a form of insurance.” – Gregor Gregersen (link)

A rush into gold and silver “like you have never seen before”
“The rush into gold is basically nation states, but the rush into silver is basically ‘the people,’ and it’s not just ‘the people’ of the U.S., it is ‘the people’ of the world. Silver has been mined in more places in the history of the world than gold ever has. Gold has always been nation state to nation state settlement… What will happen in my view, and this happened in late 1979 and 1980, is that people will catch on quickly. They will see what’s happening in gold and they will say ‘I can’t afford gold at $2,500 an ounce or $3,000,’ and they’ll say ‘I’m going to buy silver.’ Since there are many more people that are middle-class or lower that have a financial survival instinct, they’re going to get whatever they can. The top tiers of all the commodities are gold and silver. Why? Because they’re money, they last, they don’t rot and store forever. There will be a rush into gold and then silver like you have never seen before. This will be a global phenomenon. It wasn’t in 1979, this time it will be. You will either have it or you don’t.” – David Morgan (link) 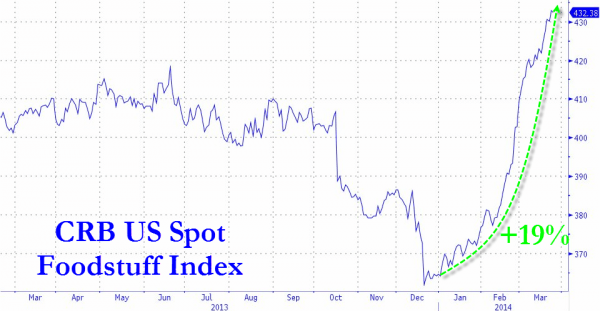