Home » Blog » Stock “bloodbath”: Questions about for future of equities and gold

Stock “bloodbath”: Questions about for future of equities and gold 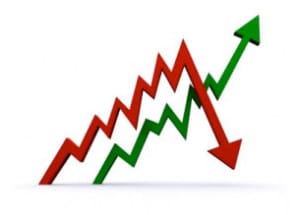 Last week was really rough for the stock market. The Dow lost triple digits on Friday and was down 3.5% for the week. It was the Dow’s worst week since 2011. Could it be the good times are over and our long-awaited correction is here? Analysts are divided on that question, but most agree a jolting correction is indeed coming at some point.

The sell-off was triggered by losses in emerging markets, in which investors decided they were overleveraged… so they sold, and moved into developed markets. Ironic how this change in sentiment among some induced a larger panic and a rush to sell other assets to cover losses, thus making all the markets sink lower, “developed” or not.

Other markets fared no better, with the foreign exchange market being referred to as a “bloodbath” as the U.S. dollar surged against the Turkish Lira, the Argentinian peso, the South African rand and others.

Predictably, many are quick to blame the Federal Reserve’s taper of Quantitative Easing for this market volatility, and it very well could be a big part of it. Investors are concerned that emerging markets will be hit especially hard once QE winds down altogether (although we’ll believe in the complete wind-down when we see it). But these concerns are quite reasonable. QE didn’t pump money into only the U.S. markets; the money went everywhere in search of returns, and some of those dark corners of the market would never have otherwise attracted precious capital, because they didn’t really deserve it. The resulting losses will be felt at some point.

This is the nature of malinvestment, and QE has forced a ton of it.

For example of such malinvestment, imagine that you were getting a steady supply of money falling out of the sky. You want to do something with it, so you start building houses. All of a sudden, the money stops falling out of the sky but you haven’t finished your houses. You have to abandon the project, but other investors who come along can plainly see that what you were building with cheap money isn’t worth finishing with THEIR money. All of those bricks, all the mortar, the wiring, the pipes, it is all a waste because of malinvestment caused by cheap money. Under normal circumstances, those resources would have been allocated to more viable projects, but the availability of cheap money bid the price for these capital goods too high for the worthy projects to afford them. Thus, bad projects get funded, and good projects get passed over.

This example illustrates the nature of market distortion brought about by cheap money, aka Quantitative Easing. The economy is indeed doing something, but it is not something good or lasting. In the end, all the distortion has to be unwound if we are to get on solid economic footing again. And that means pain and losses.

We may be seeing the beginning of this correction process right now. But the Federal Reserve has shown a pretty low tolerance for pain and losses. Will they back off of the taper or forge ahead? We shall see.

Meanwhile, more and more people are seeking shelter in gold – and have you noticed that gold prices are on an upswing? It may be that we have seen the bottom of gold and the top of the stock market. If that is the case, there might not be very much time left to protect your assets. Get started today with a free investment kit and get in the game before it’s too late.

China passes India as world’s leading gold consumer
“Gold has always been popular culturally in China, and now it’s increasingly seen as an asset class for individuals. Greater wealth and disposable incomes created pent-up demand when prices were high, so when they dropped there was this phenomenal surge in buying.” – Andrew Leyland (link)

Contrarian: Why a powerful rally for gold in 2014 is “extremely likely”
“There is a nearly unanimous consensus that gold is going to drop to somewhere around $1,000… Many investors have positioned themselves to benefit from lower gold prices with very few expecting the opposite, implying a lot of short selling… [Since the] financial markets always do whatever rewards the fewest people, a powerful rally in 2014 is therefore extremely likely.” – Steven Kaplan (link)

Gold mint runs overtime in race to meet global demand
“The long-term physical buyers see these price drops as opportunities to accumulate more assets. We have witnessed some top selling days in the past few weeks” – Michael Haynes (link)

Something here isn’t right…
Can this truly be natural?! 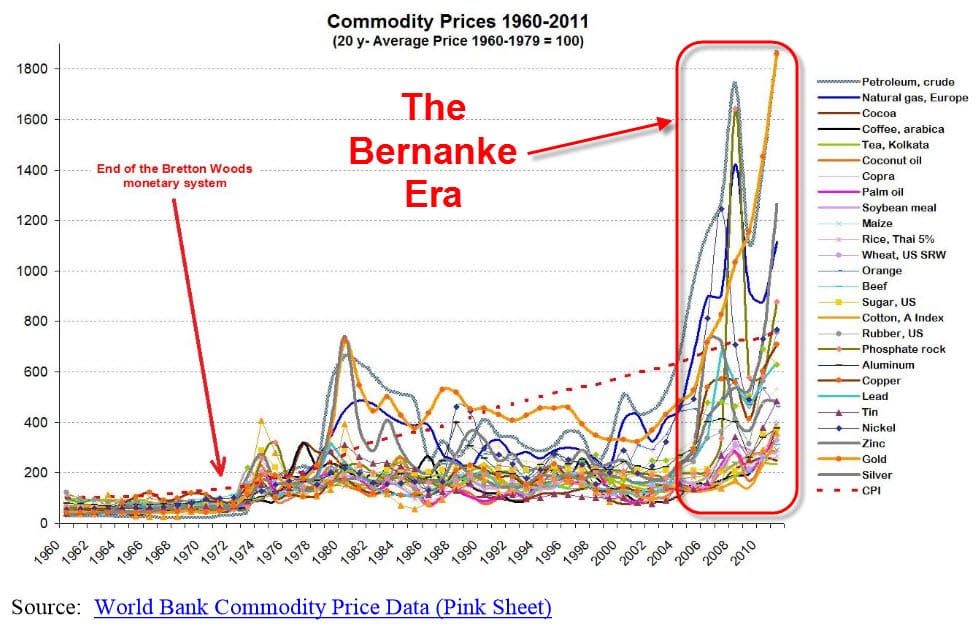