Home » Blog » More of the same: Stock market continues to be the roughest of rides

More of the same: Stock market continues to be the roughest of rides 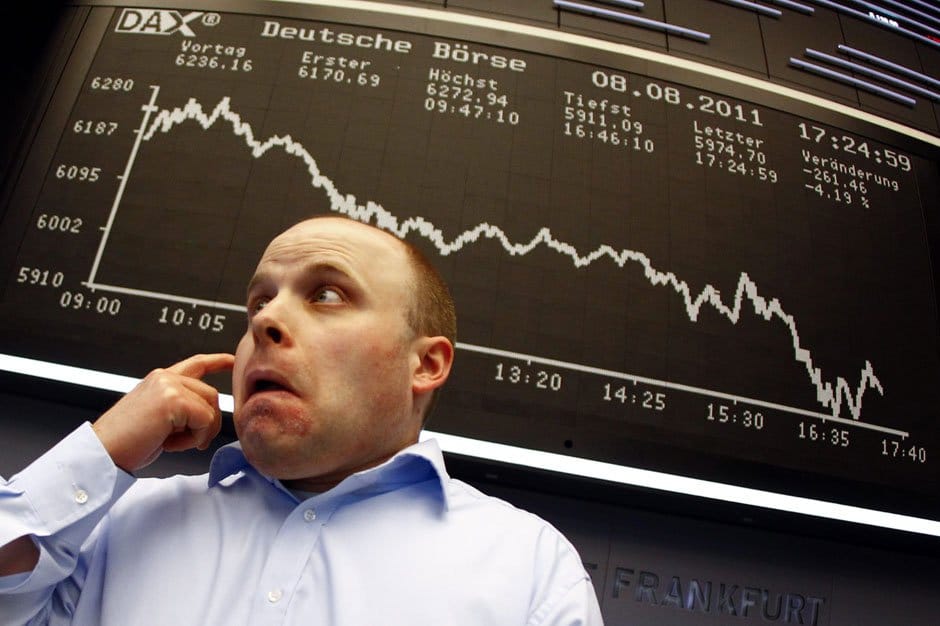 Yet again the stock market showed us some extreme wobbles last week.

On Wednesday, we saw a rally on the news that the Federal Reserve Board unanimously approved a more open-ended policy towards low interest rates and accommodative maneuvers. Previously, the Fed had certain benchmarks and targets that would trigger rate increases and tightening – not anymore! Now under Janet Yellen’s “trusty” stewardship, the Fed has decided on a more play-it-by-ear approach. Of course the market thought this sounded like a great idea and reacted bullishly.

But by week’s end, we were seeing red in the markets: Another triple-digit loss for the Dow, and the S&P and Nasdaq sank as well. Here’s the “weird thing”, as Joe Weisenthal of Business Insider points out: “There’s really no ‘story’ associated with this selloff… This time it just seems to be: stocks are falling.”

What was especially interesting last week (and into the week before) were all the new IPOs out there. For a second there, we got a little nostalgic. A handful of companies went public, and it hearkened back to the old glory days in the late 90’s when we saw hot IPOs left and right and people were making jackpot gains off them.

Wasn’t it fun back then? We didn’t care about fundamentals! Back then, dot-com’s were the name of the game – and can you believe that we all thought they had real value? Surely there must be some value in there somewhere! Where’s that balance sheet again…? Ah, who cares, look at the stock’s price heading through the roof!

But no matter, back then the Internet was a brave new world, it was hot, there was promise, and our stock portfolios were going through the roof. Last week was hailed as the busiest week for IPOs in seven years. The sun came out, it finally started to feel like spring. It was nice.

But then, just like in 2001, everyone sold. And on Friday they kept selling. As Joe Weisenthal says, there has been a lot of “head-scratching” for why the selloff happened, but we have a few theories: Maybe it was because we suddenly remembered that the dot-com bubble happened all because of cheap money pushed out by the Fed looking for a place to go. Maybe we thought a little more about what the Fed was really saying with its policy change, and we decided to read the writing on the wall a little more closely. Maybe we really did learn a lesson from all these booms and busts, and that lesson for many of us was: Take your profits while you can. And an even more important lesson: Pay attention to fundamentals. Fundamentals actually matter.

Perhaps one of the most interesting IPO stories happening now is Ally Financial (also known as the re-branded auto loan bank GMAC), now just emerging from government TARP protection. Still under a cloud and retaining several lingering problematic issues, Ally stocks are now being offered to the public, by the government, to repay… the public. Any willing suckers out there? So far, it is not going well.

Indeed: The markets continue to prove to be the roughest of rides.

Schiff: This is why we’re currently in a great environment for gold
“Central banks around the world, particularly the U.S., are going to continue to create more and more inflation… In fact, now the central bankers don’t even pretend they’re fighting inflation. They are fighting to create inflation. They’re telling us that inflation is a good thing, that the absence of inflation is a problem that the Fed has to solve… If we have interest rates at zero and you have the central banks guaranteeing that if you hold on to the paper they’re printing that you will lose money, that is a great environment for gold.” – Peter Schiff (link)

Prepare for bull market to shock even most ardent goldbugs
“An enormous amount of gold is flowing into China. And China has established a second gold exchange that will allow non-Chinese to buy and sell it. Not paper gold, which is fantasy gold, but real, physical gold. The gold price is being manipulated by the futures markets… by the bankers, the bullion guys, the people that really can’t afford to lose the dollar confidence game. The Chinese want no part of this. They have enough dollars and don’t want more. Moreover, they don’t want to finance America’s military-industrial offensive, which is paid for by dollar manipulation.” – Jay Taylor (link)

The gold market now becoming a “watchdog for the collapse of U.S. dominance”
“When I look at the paper price of gold heading higher today, it may be signaling that the U.S. may finally be losing its grip on world dominance. If the gold market really begins to accelerate higher from current levels, we will have our confirmation. What I am saying is that the gold market is now becoming a watchdog for the collapse of U.S. and Western global dominance. So once again gold is doing what it always does – moving front-and-center at one of the most critical moments in world history.” – Stephen Leeb (link)

This is how China is using gold to gain power over America
“[A huge increase in gold reserves] fits in with what appears to be China’s geo-political strategy when it comes to gold… China, by having control of a large amount of gold, has leverage in the financial relationship with the West. Owning gold gives power to China over America.” – Alasdair Macleod (link)

Prospects for silver remain strong
“Currently the Gold:Silver ratio is around 65 – as against an oft quoted historical ratio of 16. Now while we don’t think the 16 level is likely to be achieved again as silver can no longer be seriously considered as a monetary metal as it used to be when this ratio was prevalent, it is definitely possible the ratio level will drop, and it could drop sharply below its current level. There remains huge investor interest in silver and coupled with what we see as a likely growth in industrial usage, along with a possible drop in mine supply over the next couple of years, the prospects for it to perform better than gold remain strong.” – Lawrence Williams (link) 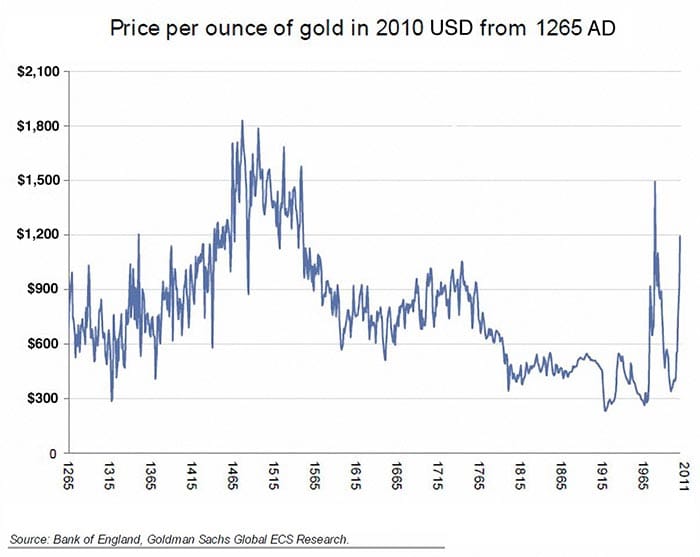