Last week President Obama formally announced that President Bashar Assad and the Syrian government had crossed the “red line” by using chemical weapons against civilians, meaning that the U.S. will begin to send military support to Syrian rebels. Some may question the timing of the announcement – there are certainly reasons to – but as watchers of the financial markets, we must ask, what happens next?

It’s not difficult to envision how a series of geopolitical dominoes could fall: Fighting in Syria will likely escalate. Some of it may spill over into neighboring countries. Tensions between the West and Syria’s supporters, such as Russia and Iran, will almost certainly increase. And that’s not even to mention the terrorists who could become intertwined in the rebel fight.

At best, it’s a bad situation with little prospect of painless or quick resolution. At worst, it’s a global catastrophe in waiting.

What’s the astute investor to do in the face of potential turmoil? Turn to safety.

There’s a reason why gold and silver are considered “safe haven” investments, especially as a protection against geopolitical uncertainty. For centuries, from the Napoleonic wars to the Great Depression, precious metals have risen in times of crises – and they have risen because they are one of the few things people trust when all else fails.

How close is the situation in Syria to spiraling out of control – and maybe even taking the world with it? Do you really want to wait to find out? Why leave your hard-earned savings exposed? Protect your savings today with gold and silver. If things were to take a turn for the worst – whether that’s next week, next month or even in several months – wouldn’t you rather get in a few months early than even just a day late? Call us today to get started.

Stock market rally has only been an “interest rate recovery”
“It’s these record low interest rates and this unprecedented money pumping scheme that’s never been seen in the history of the modern world (that has facilitated this so-called recovery). When [the Fed] starts raising interest rates, all of this collapses. They are going to have to do more quantitative easing and more money pumping schemes after they taper on the current stimulus programs. That’s when you are going to see gold hit its new gold run and go beyond $2,000.” – Gerald Celente (link)

Are markets facing a crisis of confidence?
“We’ve been living in an environment where economically speaking, bad news was good news because bad news meant more monetary stimulus. The rally that we have had over the past one-and-a-half years has been mainly driven by central banks and now the punch bowl is about to be taken away.” – Hans Goetti, chief investment officer, Finaport (link)

Banks have quietly flipped to being “tremendously long” on gold
“It’s like everyone’s rushing from one side of the boat to the other… [and] it’s building into a most bullish position. It creates violent reactions. So yes, we could well be seeing a massive short squeeze soon.” – Nick Laird (link)

Hyperinflation on the horizon?
“Physical gold stored outside of the banking system is by far the best protection. I implore investors to take action now. Any assets within the financial system are at risk in whatever country the assets are held.” – Egon von Greyerz (link) 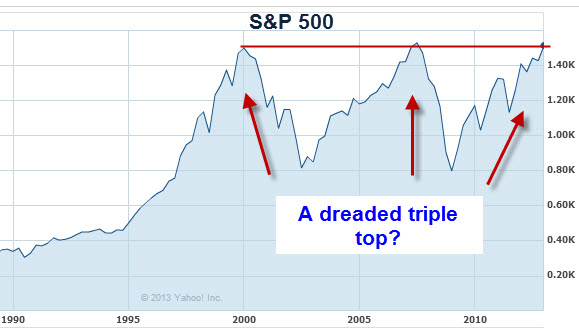