You can keep waiting or TAKE ACTION: 2 reasons for gold right now 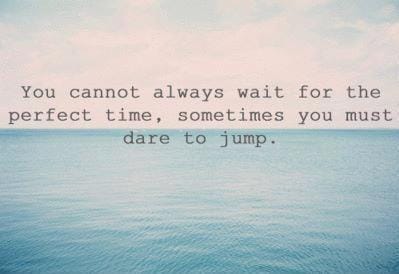 Realtors will always tell you that NOW it’s the perfect time in the market to buy/sell a house, and if you do in fact need to buy or sell a house, they are correct. Only hindsight will tell you how the market may have changed had you waited a few more months. With hindsight, you see that your dream house finally came on the market a month after you closed. Or a large company relocated to your area, thus bringing tons of qualified buyers to the market… but only after you’d already sold by dropping your asking price. Or maybe a major employer in town closed down, thus flooding the housing market with listings to compete with yours – and thank heaven you sold when you did!

The point is, you never know what’s just around the corner. You can guess and you can drive yourself mad. But as far as the realtor goes, because that’s their business, it is always the right time.

There is some sense to that. Deal with the here and now, what is known and what is possible.

At Birch Gold Group, we’re in the business of precious metals, so for similar reasons we will always tell you it’s the right time to invest in gold. Simply put, we don’t have a crystal ball. And we certainly know that it’s futile to try to “time the markets”; history has proven as much. (History has also proven gold’s everlasting value!) We make decisions here and now. That’s all we really have.

That being said, now truly does seem like a great time to buy gold, for two reasons.

First, many reports point to gold skyrocketing in the next year. Its weak performance in 2013 can be explained quite logically, and Casey Research does a good job of explaining the role JPMorgan played in suppressing the price of gold. JPMorgan’s motive was simple: To keep up their gravy train of Quantitative Easing. If the price of gold had risen, or even just stayed stable, it would have been dollar negative and thus pressured the Fed to tighten up monetary policy.

How did JPMorgan push gold down? By flooding the COMEX market with as much gold as they could stand to part with… and it was enough. But now that the taper has begun and enough of those new to gold investing have had their faith shaken in its safe haven status, JPMorgan’s policy has shifted, and they’re now building back up their gold reserves on the cheap. And it isn’t just them: The four biggest banks in the U.S. have dramatically shifted their futures positions on gold from short to very long. There are also massive international shortages that will soon come into play. For instance, Germany’s struggle to repatriate its gold is not going well at all. So there is ample reason to believe that last year’s volatility was motivated by specific conditions that are in the past, and the suppression cannot last into this year.

The second reason that now is a good time to buy gold is the well-known sound investing principle known as dollar cost averaging. To hedge your bets long term, just make up your mind to buy a regular amount of gold at regular intervals of time. This evens out any price fluctuations over time and takes the maddening guesswork out of things.

Stop kicking yourself so much in hindsight, stop trying to time the markets, or to find that crystal ball. Build up your stores evenly and regularly. If you adopt this strategy, then yes, it is always the right time to buy gold, quite literally.

Don’t get caught without the security of gold savings in the future. Click here to get your free investment kit today and get started with a plan, because yes, today just so happens to be THE perfect day to buy gold.

This is why the time for gold is coming
“Physical gold is disappearing off the market at a terrible rate. As soon as that really starts to hit I think gold goes through the roof. That’s one of our biggest longs for the year.” – Jim Walker (link)

Here’s why gold is going higher in the medium term AND long term
“Gold is headed higher in the medium term and the long term. There will still be a lot of volatility at play during the short term, but gold will continue its uptrend of the last 13 years. It is highly speculative to bank on near-term appreciation in value. That approach can be incredibly frustrating when the price is volatile. But the long-term perspective is a different matter. Gold is always going to have an intrinsic value. Think about the big selloff in paper gold last year. People were lining up to buy physical gold as investors were dumping exchange-traded funds and paper gold on the market. But central banks are still net buyers of gold. China is emerging as the biggest buyer at both the consumer and the central bank level. Gold has been the mainstay of financial systems for more than 5,000 years!” – Lawrence Roulston (link)

With a gold-backed currency, here’s how Shanghai will become the “financial capital of the world”
“Over time, people will eventually learn some other things that Ron Paul and I already know. The best currency is one based on gold; that is, whose value is reliably fixed to gold, in some unchanging ratio… I think that a major step forward will be when a major government – such as China – begins to issue an international alternative currency based on gold. The existing, dollar-based yuan would continue as it is, but there would be another Chinese currency, supported by the Chinese state, that is suitable for international use on a vast scale… Shanghai would become the next financial capital of the world. It is so easy to do.” – Nathan Lewis (link)

This is how badly Indians demand their physical gold
“Despite the hiked import duty and rising premiums in India, Gold jewelry import in the Country is reported to have increased four times in January, indicating an accelerated flow of import from foreign countries. The stringent [Reserve Bank of India] regulations on gold import together with the increasing premiums had created lack of stocks in Indian jewelries when the highly demanding wedding season was at full swing. As a result, Indian jewelers resorted on foreign countries to satisfy their gold demand.” – Paul Ploumis (link)