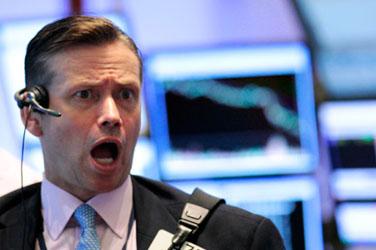 Overall, the markets were flat last week, and took the day off on Good Friday. The operative word here is “overall”. Let’s look just a layer deeper…

A peek beneath Wall Street’s surface, according to analysis at Zero Hedge, reveals that a major, widespread correction is already underway but is being hidden by the few companies that are still beating the margins. With just this cursory glance beyond where most care to look, the report reveals that 40% of companies in the S&P 500 are already in correction mode – that is, they are down more than 10%. Only 72 companies are up, with the rest flat. This means less than 15% of companies are carrying the index, balancing out the red to make it look flatter overall.

This is one reason why indexes never tell the whole story.

More of the story may finally be revealed in the coming week when one-third of S&P 500 companies are scheduled to report earnings. So far, the ones that have already reported have been missing expectations at a higher rate than usual, possibly hinting that a major official correction is just around the corner.

The picture that is emerging is still one of a fundamentally weak economy. Companies are struggling to pull in the revenue they need to stay afloat, let alone grow, even after all the cost cutting that has taken place during this extended recession.

The troubling thing for small investors is that there is still a lot of bearish noise about gold in some investment spaces. So many out there still don’t understand the fundamental purpose of investing in gold. When someone bemoans the fact that they have paper losses on the gold they bought three years ago and wonders if it is time to sell, they are telegraphing that they have listened to all the wrong voices where gold is concerned.

We can’t say it enough: Gold is for the long term. So if you are an investor who thinks three years is long term, you don’t understanding the purpose of holding gold. If the economy heads back into correction mode, and then possibly into panic and collapse mode, then you would understand. You would likely see the price of gold head north as most everything else heads south – but would you have already sold in your impatience?

Heaven forbid the above doesn’t actually happen. We would all be better off. But what if it does? Do you have anything in your portfolio to hedge against the markets if they go bad? Don’t sell gold just because the markets seem to look pretty good now, and gold is down from its recent highs. Perhaps another stock that behaved that way would be considered an underperforming asset, and yes, you would sell it. But gold is not just another stock – it is a hedge against catastrophe BECAUSE it moves opposite the market. This usually means that when the market is up and gold is down, it is a good opportunity to shore up your gold holdings as insurance, if you need to. It is the buying opportunity that comes before a correction.

Just as today’s S&P 500 has a few well-performing companies balancing out the struggling ones, maybe your portfolio needs balance for any coming corrections.

The signs that a correction is coming are all around us. Certainly when you read more and more articles like this you have to realize that the dollar’s days as the reserve currency are numbered. Today, if countries want to buy oil, they need to acquire dollars first. It won’t always be that way, particularly if we insist on putting sanctions on major oil producers like Russia and Iran. They are losing patience with the dollar and will eventually figure out a way around it. If and when that happens, the correction will cut deep into every American’s lifestyle.

On the chance that the worst happens, we encourage you to be prepared.

A simple case for why we’re “headed much higher” for gold
“Central banks are creating too much money. There’s too much inflation, interest rates are too low. So I want to store my purchasing power in something that central banks can’t print… I think we’re headed much higher [for gold] because they are not going to stop the presses. They are going to run them into overdrive.” – Peter Schiff (link)

Current move away from the dollar and toward gold to “continue for a long time”
“There is a realization that confidence is eroding in the United States’ ability to pay its bills over the long term. The U.S. is still living beyond its means and this will have grave consequences. At this point outside forces are opting with their feet. Thus you are seeing a lower dollar. Also, 40 central banks now hold renminbi in their reserves. So there is a move away from the dollar and toward gold and the renminbi in terms of central bank reserves, and this will continue for a long time.” – John Ing (link)

As dollar collapses, what should you do?
“With the dollar now collapsing, it will require an increasing number of dollars (i.e. Federal Reserve notes) to buy an ounce of silver or gold. When junk fiat currencies around the world start to crash, people will rush to own tangible Constitutional money – silver and gold… What should you and I do? Do just what I’ve been saying for many weeks. Sit on the sidelines with physical silver and gold – and watch history unfold.” – Richard Russell (link)

This is why demand for gold in China will grow even higher
“We have witnessed astonishing increases in demand for gold from consumers across the country… The cultural affinity for gold runs deep in China and when this is combined with an increasingly affluent population and a supportive government, there is significant room for the market to grow even further.” – Albert Cheng (link) 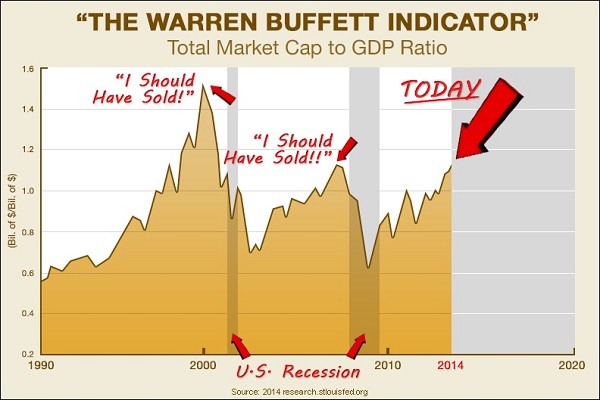