Why 2019’s Gold Price Gains Are Proving to be Resilient 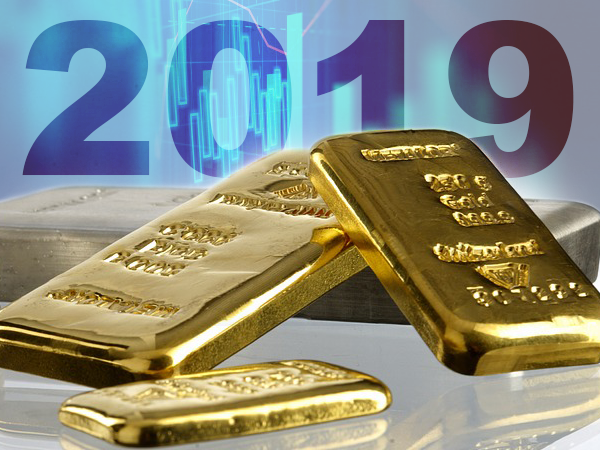 This week, Your News to Know rounds up the latest top stories involving gold and the overall economy. Stories include: Gold’s gains this year look exceptionally resilient compared to 2016, why gold should be vying for the Nobel Prize as the ultimate haven asset, and investors around the world want access to China’s gold market.

In 2016, gold enjoyed a tremendous first half of the year before pulling back and remaining largely static for the next three years. This year, as the metal has simmered down from its summer highs of nearly $1,550 to the $1,500-$1,520 range, some are starting to speculate that we may be seeing a repeat of the same scenario.

Yet Joe Foster, portfolio manager and strategist at VanEck Gold and Precious Metals Strategy, finds this year’s price movement in the gold market remarkably different from that of 2016. In fact, Foster thinks that the price action from three years prior makes this year’s breakout look resilient and on much stronger footing.

In 2016, optimism was running high and few doubted the strength of the U.S. economy, as the Federal Reserve performed one rate hike after another. Now, the landscape seems almost the polar opposite. Benchmark rates from central banks around the world have dipped into zero or negative territory, many of them spurred by the Fed’s dovish turn towards rate cutting. Both independent experts and Fed officials are warning that there is an immense risk of a domestic recession, playing into concerns that contracting global growth could be signaling another global crisis. Furthermore, investors seem to be tapping their feet as they wait for the longest-running equity bull market in U.S. history, now stretching for 11 years, to come to a halt.

With a rapidly-expanding $15 trillion of negative-yielding debt, Foster finds little reason to compare the metal’s performance this year to that of 2016. Technically, gold will remain in an upswing as long as prices hold above $1,365. Yet the metal has done more than that, as it appears set to hold onto the key resistance level of $1,500 for the remainder of the year. With this in mind, Foster and his firm are expecting a lengthy period of gains for the metal and are positioning themselves to treat pullbacks as nothing more than the occasional bump in the road.

As FXEmpire contributor Arkadiusz Sieron notes, the 2019 Nobel Prizes came and went, with gold getting swept under the rug once again. Instead, the Nobel Prize in economics largely focused on the issue of global poverty, with economists who presented a potential formula for fixing it emerging as nominees.

Yet Sieron points out that poverty and wealth erosion are far less mystifying than they appear to be. Instead, they are often the product of ill-advised central bank policies. The constant printing of free-floating money is the most glaring culprit. While much has been said about the U.S. dollar losing 99% of its purchasing power over the last century, Sieron finds it more concerning that prices routinely double every 15 years in developing countries due to inflation.

The movement of interest rates is another detriment to the global economy. As Sieron explains, the current monetary system rewards borrowers and punishes savers, creating a continuous cycle of economic crashes and unsustainable highs. In this environment, merely holding onto your savings can be an impossible challenge, with gold acting as the sole raft in an ocean of tumult.

But while central banks are very much aware of gold’s peerless haven properties and have been hoarding it in spades for the better part of a decade, few are willing to give the metal its due. The Dutch Central Bank (DNB) is one exception, as its officials recently published a note that not only acknowledges gold’s importance in every portfolio, but also features repetitive, if not ominous, mentions of a global crisis.

The DNB’s note reads: “Shares, bonds and other securities are not without risk, and prices can go down. But a bar of gold retains its value, even in times of crisis. That is why central banks, including DNB, have traditionally held considerable amounts of gold. Gold is the perfect piggy bank – it’s the anchor of trust for the financial system. If the system collapses, the gold stock can serve as a basis to build it up again. Gold bolsters confidence in the stability of the central bank’s balance sheet and creates a sense of security.”

If market trends are any indicator, the lauded gold exchanges of New York and London could soon be getting a major competitor from China. Over the past 20 years, the Shanghai Gold Exchange (SGE) has slowly crept up to reach the status of the world’s largest physical gold exchange. But what was once viewed as a primarily Asian precious metals market is now being eyed by investors across the globe.

China is well-known as both a top producer and consumer of the yellow metal. In 2018, the Asian nation produced 404.1 tons of ore while consuming 686.5 tons for jewelry demand alone, a 3% increase compared to the previous year. Investment demand in the country likewise stands out, as the 308 tons of gold bought by Chinese investors in 2018 represented 28.6% of global demand in the category. The People’s Bank of China is also no stranger to hoarding gold, with the central bank’s 1,936 tons of bullion amounting to the seventh-largest stockpile in the world.

According to Samson Li, a senior metals analyst at GFMS Refinitiv, China is actively working to establish the SGE as a dominant player on the global stage. Besides laws that dictate that all imported, produced and recycled gold must pass through the exchange, the SGE has also done away with taxing gold purchases unless a profit is made, as well as placing a premium on local gold prices in order to stimulate inflows from the West. The SGE also created its own benchmark price for gold in 2016, which is based on 1 kilogram of gold with a 999.9% purity and is rotated twice daily.

While gold has long been the go-to investment for Chinese investors and traders, the nation’s financial policies have begun attracting overseas interest. Li believes that gold denominated in the U.S. dollar doesn’t reflect the metal’s true supply and demand metrics, as the greenback’s recent strength has overshadowed the fact that gold prices are already at historical highs in non-dollar terms.