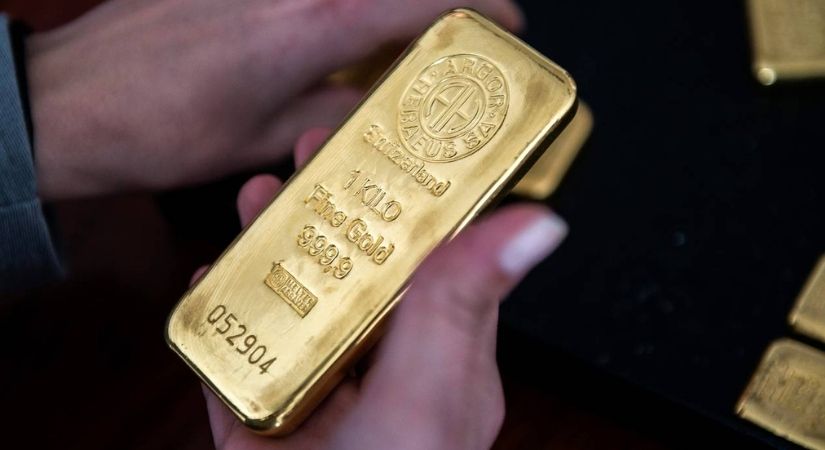 This week, Your News to Know rounds up the latest top stories involving gold and the overall economy. Stories include: What to expect in terms of price drivers for gold in 2021, demand for physical gold to remain as prominent this year, and what’s really driving expectations of heightened silver demand.

The World Gold Council’s 2021 outlook is out, and it forecasts a strong year for gold

Barring an over-arching market sell-off in March, the past year has seen gold embark on an upwards run with barely any hitches on the way. After passing the previous all-time record of $1,911 set in 2011 and climbing to a new high of $2,067 in August, gold appears to have settled at a new price range with exceptionally strong support above the $1,800 level.

While the start of the run might have been driven by panic, the driving forces soon turned into portfolio reassessment and some very valid concerns about inflation. In their Gold Outlook 2021 report, the World Gold Council (WGC) lists these two factors as key tailwinds for gold as we move into the new year.

As the WGC’s report notes, investors are likely to be spurred towards risk-on sentiment despite stock valuations being questionable at best. The increase in stock market activity will be triggered by a quest for returns in a rapidly-shifting environment and expectations of a global economic recovery. Since the former is largely the result of sovereign bonds losing much of their after-inflation returns and their role as a hedge in a portfolio, investors will instead turn towards gold as a more reliable, inflation-resistant, safe haven.

Gold’s price stability above $1,800 without strong inflation indicators supports this theory. We can only guess as to how high the metal will go once the consequences of the unprecedented expansion of the monetary supply begin to be felt. Government decisions should continue to buoy gold for several reasons:

In addition, the WGC report points out that gold has historically appreciated by an average of 15% during years where inflation would run above 3%, a scenario that neither the Federal Reserve nor the European Central bank seem averse to.

Last year might have been a year of record gold demand, but as the World Gold Council’s report points out, it was equally a tale of demand for bullion over derivatives. Though the instance of COMEX appearing to struggle to cover its gold derivatives (also known as “paper gold“) has already gone down in the history books, the average investor’s preference for physical gold contributed just as much to bullion shortages, if not more.

Over the past few weeks, investors have demonstrated a willingness to expose themselves to risk in conspicuous fashion. This tells the WGC that sentiment regarding a global economic recovery is decidedly positive, and though it might be overly eager, there are already signs of stronger consumer demand from key gold buyers.

The WGC notes that China, which was among the hardest-hit nations by the crisis, managed to get a better handle on things than many countries in the West. Unsurprisingly, the WGC finds China’s economic strength intrinsically tied to consumer gold demand from the Asian nation, and a general increase in consumer spending is likely to translate to heightened jewelry purchases without much delay.

The WGC’s report sees a similar situation unfolding in India, with statistics from the Dhanteras festival in November all but affirming a gradual return of consumers to the gold market. With China and India having consistently ranked as the world’s top gold consumers, their respective economic recoveries will likely play a significant role in bolstering the exceptional gold demand seen over the past 12 months.

Besides jewelry purchases, the WGC also believes that central banks will round up last year as net buyers despite having turned to selling. The report expects that bullion selling from the official sector will remain secondary compared to an ongoing desire to diversify the reserves of central banks. A possible recovery in mine production will add more cause for optimism among gold investors as the global market becomes a recipe for a lengthy gold bull run.

Green energy has enticed silver speculators, but there is yet another powerful tailwind

The global trend towards green energy and the accompanying need for massive amounts of silver has perhaps been the most prominent reason behind forecasts that silver prices could climb to as high as $40, but it is far from the only one. Along with general investment demand and a gold-to-silver ratio that remains notably off balance, a recent study by the Silver Institute pointed to silver’s use as an ingredient in electric car manufacturing as another important price driver.

Though it ties into the green agenda, silver’s primary purpose in manufacturing has thus far been related to photovoltaic cells, which convert energy from the sun into electricity. However, the Silver Institute believes that the automotive sector is seeing some major innovations that will spur silver demand for numerous reasons:

Automakers today are increasingly relying on silver to enable the vast technological advances incorporated into modern vehicles. This has resulted in another powerful demand center for silver, with projections of nearly 90 million ounces (Moz) of silver absorbed annually in the automotive industry by 2025. Notably, by that time, this will rival silver consumption in the photovoltaic industry, forecasted to be 98 Moz this year, and currently the largest application of global industrial silver demand.

The automotive sector’s demand for silver rivaling that of the photovoltaic industry would be immensely bullish for silver’s long-term prospects, especially since the metal is more difficult to obtain than gold through mine production. The Silver Institute further noted that silver is already used in existing engines, ranging from 15-28 grams of silver in a light vehicle to 25-50 grams for those of a heavier duty or a less frequent need for recharging. Besides a need for silver in charging stations, the Silver Institute notes that autonomous driving will greatly increase the technological complexity of vehicles, and with it, the need for silver in their components.