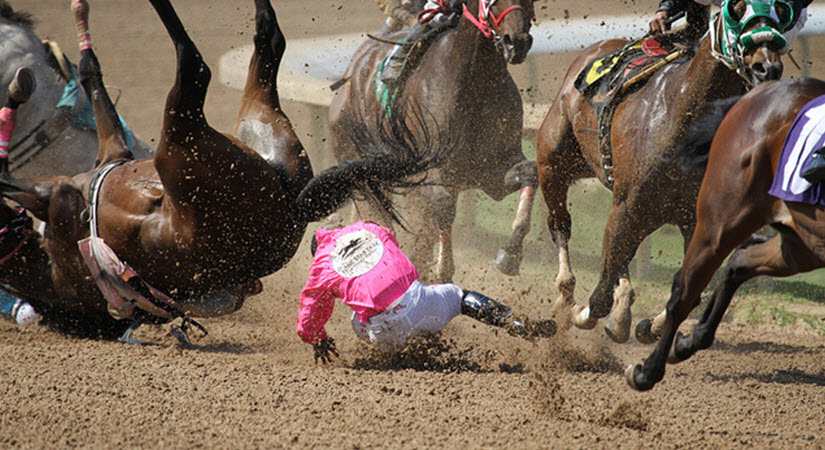 American Council on Science and Health

The dollar is still weakening, inflation keeps rising, and now the trade deficit is surging to record levels (again).

Perhaps market fundamentals are beginning to overtake media hype. If that’s what is happening, this “trifecta” of economic signals could make saving for retirement even more of a challenge in 2021.

To examine why this “trifecta” could do that, let’s start with the record trade deficit.

A trade deficit simply means America’s wealth is leaving the country. Investopedia explains that a trade deficit “allows a country to consume more than it produces.”

You can see how wide the deficit is on the official line graph below:

Put simply, a weaker trade deficit means we’re not exporting much value. That in turn could mean Americans aren’t producing much that other nations want, neither goods nor services. The consumer economy relies in part on foreign investment to provide jobs, and not just factory jobs. Also jobs in industries like tourism and hospitality, as well as higher-paying professional jobs in IT, financial and legal services, consulting…

Basically, economic growth will be a lot more challenging to sustain if American wealth continues to flow overseas.

CNBC provided one possible explanation for the sudden interest in imports at the expense of U.S. exports:

With a new round of $1,400 stimulus checks pouring in and the domestic economy continuing to show substantial improvement, the imbalance in goods and services with the rest of the world swelled to $74.4 billion, the Commerce Department reported Tuesday.

Bill Adams, senior economist at PNC, chimed in with a rather optimistic take:

As the pandemic comes under control in the United States, American consumers will spend less on imported goods, shrinking imports; and foreigners will buy more U.S. exports as their economies recover further.

Follow the logic there? Adams posits the pandemic caused Americans to buy imported goods, and now that 31% of America is fully vaccinated against COVID-19, they’ll just change their spending habits. And of course the opposite will happen for “foreigners” who will see their nation’s economic recovery as a chance to spend big on U.S. products!

Why would the same economic crisis provoke opposite responses from Americans and the rest of the world?

Of course, that optimism leaves a big question: If foreign countries don’t buy U.S. exports, then what happens? That might not be so bad so long as America steps in and buys American. That’s sure not what’s happening right now, though.

Maybe we don’t even need to worry about this record-breaking American spending on imports anyway. It might not be sustainable…

The stimulus checks aren’t likely to continue being written by the Fed, which means the current spending binge is artificial. (If Americans have less money to spend overall, basic logic tells us there’ll be less spending on imports.)

That’s not the only consideration, though.

Spending on any manufactured goods, imported or domestic, might slow down sooner than we think because price inflation for basic commodities is also rising dramatically:

The Producer Price Index measures the cost of about 10,000 raw materials used to create finished products. Basic materials like lumber, copper, cement, electricity, unprocessed foods, fuel, and the cost of processing them all get lumped together. In aggregate, this number tells us how much more manufacturers are paying to produce things.

When that number climbs, well, manufacturers have a choice: they can buy less and build less. Or they can keep buying and building, and pass the costs on to the end user: the American consumer. Higher prices mean less spending money (and can even price American goods out of competition internationally).

If simple things you buy every day get too expensive, it doesn’t really matter much if they are imported or made in the U.S. Either way, you have less money.

Especially if the dollar gets weaker and weaker…

And the winner: rapidly-sinking U.S. dollar

Compared with the dramatic rise in commodity prices, the U.S. dollar hasn’t been faring that well since the beginning of 2020:

The U.S. dollar index has been struggling to tread water above the 90 mark since 2018. That’s a loss of 10% of the dollar’s purchasing power over the last year alone. (Yet we’re still able to set trade deficit records!)

The dollar’s value could crash further, or lose status as global reserve currency (either of these scenarios seems likely to presage the other, in short order). Recently we’ve seen the dollar’s share of global reserves drop to a 25-year low. We’ve also seen developments of what may prove to be a “digital dollar destroyer.”

Regardless of what the future holds, we don’t need to look beyond the present for plenty of bad news.

If dollars are a sucker’s bet, what’s the alternative?

An awful lot of Americans have flocked to the stock market and cryptocurrencies in a bid to preserve their savings. But this cannot work indefinitely. The stock market mania can only keep America’s economy in the race for so long, before the money runs out. (As was the case with Archegos’ margin call.) Like we reported at the end of last month, reality always wins in the end.

If saving and investing really were a day at the races, you’d always want to bet on Reality.

But saving for retirement isn’t like a day at the races. You don’t need to place your bet on just horse. Instead, you can spread your bets over the line-up, and maximize your chances of winning.

It’s a good idea to examine your situation, and look for ways to preserve your savings no matter what the future holds. Despite our “horse race” metaphor, this is not a game. Your future is not a gamble, and, just like in gambling, in retirement planning there are no sure things.

Since 2005, physical gold and silver have both grown in value (silver up about 4x, gold up about 4.5x) in value. Meanwhile, total inflation over that same period was 39% (a January 2005 dollar has the same purchasing power as today’s $1.39).

When reviewing your retirement savings plan, consider whether diversifying with physical gold and silver might help you achieve your goals. (Of course, owning physical precious metals helps protect your buying power from inflation, in case you start seeing $9 bread or $30 per gallon gasoline.)