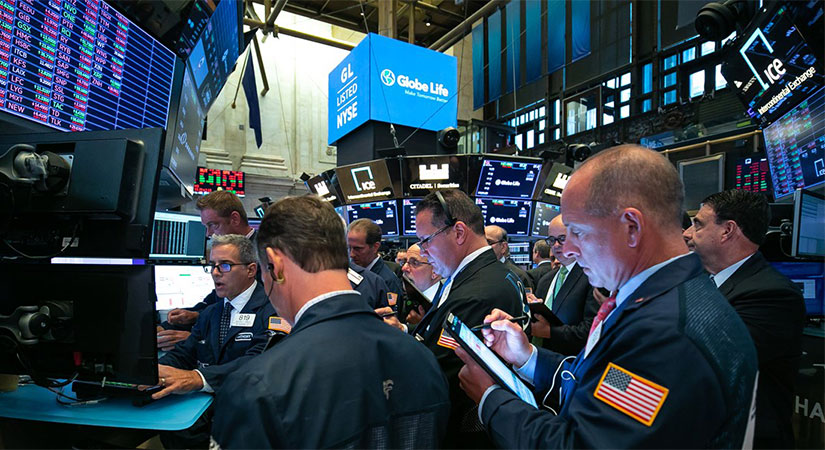 This week, Your News to Know rounds up the latest top stories involving gold and the overall economy. Stories include: Gold investment in 2023 and onwards, more notches about the mystery Q3 central bank gold purchase, and silver jewelers are depleting the metal’s stock too.

Gold’s whiplash couple of years have almost made everyone forget just how big of an outperformer it is. It has risen by 450% since 2000, having spent most of 1999 around $255. Still, even gold investors can perhaps fall prey to recency bias.

As portfolio manager and Wall Street veteran Stuart Simonsen notes, gold’s breakout year was followed by a fairly dull twelve months. And then, after reaching another all-time high in March this year due to Russia’s invasion of Ukraine, it had again retraced from $2,070 to just above $1,700 (live gold price today here).

Prices go up, prices go down… The thing to keep in mind is that all markets are highly volatile right now, and gold, despite its astonishingly low beta of 0.10, is no exception. In a time of high volatility, even relatively stable assets can display dramatic changes in price.

Sidebar via Investopedia: Beta (β) is a measure of the volatility of an asset compared to the market as a whole (usually the S&P 500). Assets with betas higher than 1.0 can be interpreted as more volatile than the S&P 500. Assets with betas lower than 1.0 are less volatile than the S&P 500 – in other words, price swings are less dramatic. (See also my discussion of uncorrelated assets, a totally separate but crucial concept for diversifying savings.)

Yes, we live in uncertain times. However, what’s around the corner is pretty clear by now – even the novice market watcher can see the writing on the wall.

Central banks around the world are tightening monetary policy and are expected and forecasted to by various analysts and banks until mid 2023.

But what then? ABN Amro’s analysts, for example, believe that the Federal Reserve will be forced to reverse course and start cutting interest rates as soon as the second half of 2023. (Which is way too soon for inflation to be no longer a problem – keep in mind, it took over a decade to finally bring inflation to heel during the stagflation crisis of the 70s-80s.)

If this indeed happens, the effects are going to be massive. This is no mere hiking schedule: it came about out of desperation as the Fed printed most of the dollars in existence over the span of a few months. It needed to restore the greenback’s credibility, and still does. A brief hiking schedule isn’t going to do that, and a turn towards rate cutting is only going to expose the uncomfortable truth surrounding the dollar’s” strength,” which, let me remind you, is only apparent when you compare it to other, rapidly-depreciating currencies.

Together with lower real (after-inflation) yields on bonds, ABN Amro says the policy turnaround will bring gold back to $1,900 by year’s end. The forecast seems moderate. Fiat currencies depreciate by nature, and any effort by central banks to expedite things tends to bring on massive bull runs in the gold market.

Simonsen took the example of savings accounts as an easy way to lose purchasing power (but not money) in what should be a straightforward wealth-preservation vehicle, due to inflation (to the tune of $4 trillion at the end of 2021).

Gold investors don’t have such worries. Gold’s price fluctuates up and down, as opposed to simply going down.

One of the things we said early on when sanctions were imposed on Russian gold, and hardly a fringe view, was that it would have no trouble liquidating its stockpile. Who has trouble selling gold bullion? China was named as a likely buyer of sanctioned Russian gold along with Middle Eastern countries, and we’re now getting some details into how this might be unfolding.

As we know, the World Gold Council reported record purchases by the official sector in Q3, yet 300 tons were unaccounted for, so to speak. China was an early suspect from the get-go, and we now have data corroborating this, even some from China. For example, in July, the Asian nation reported an eightfold increase in purchases of Russian gold.

Nikkei Asia reports that China has dumped $121.2 billion in U.S. Treasuries this year. The figure is absolutely shocking and has “dump dollars” written all over it.

But where did that money go? As the report notes, $121 billion equals some 2,200 tons of gold. For some countries, this might be a massive hoard in general, but it wouldn’t be a stretch to envision China making an annual acquisition of this size.

Lombardi Letter’s Moe Zulfiqar says something amazing and largely unnoticed is transpiring in the gold market right now. It’s true, even though it’s something we also reported on. It’s not just China: countries around the world are not only buying gold at a record pace, but they’re dumping Treasuries to do it. Zulfiqar says this could bring gold to $3,000 much quicker than expected, but there are other things to note about this story.

The U.S. Treasury market can’t really bear the brunt of massive dumps such as these in short spans. The Federal Reserve will almost certainly have to step in and buy up those bonds if this trend continues. What this means for the U.S. dollar and the domestic economy, we can only guess. Either way, central bank purchases are part of the Basel III enforcement that we so often mention, which is yet another cause for optimism for those of us who own gold already (compared to those who are merely planning to buy gold).

We know that the investment sector is straining to supply silver as it has been in a long time. Recently, though, the struggle has become more noticeable… 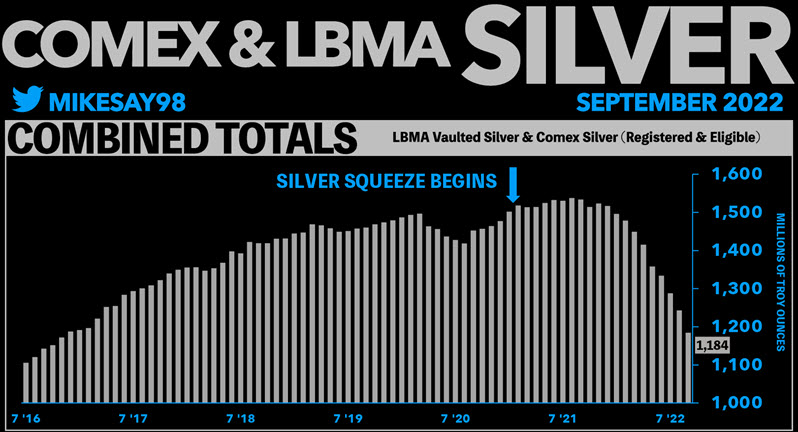 The U.S. Mint can’t find adequate supplies of refined silver blanks to make new eagles – and that’s just one of many examples of major issues in the physical silver market.

Now, jewelers are contributing to the supply crunch. Metals Focus reports that global jewelry demand for silver reached a record 235 million ounces this year, a 29% increase from last year. And India shares an almost unbelievable share of this demand.

India alone, 18% of the world’s population and 9.5% of the global GDP, made up half the total demand for silver jewelry this year. Why? Well, silver prices have been relatively low (even amid high local premiums). But there are a few perspectives to consider.

First, as any report can tell you, it’s not just Indian jewelers buying silver. Investment-grade silver bullion bars have been flown into India all year long in what has been a mostly unreported and very relevant story. Second, the quantity of silver in silver jewelry can vary. There’s no one-size-fits-all. Same as with gold, jewelers will do their best to minimize the amount of precious metal necessary in their creation to maximize profit, usually substituting a cheaper alloy whenever possible. There is of course the 925 standard, which dictates that “sterling silver” jewelry should be 0.925 pure silver. But how strictly is it really enforced?

Silver jewelry, like gold jewelry, is made light and sold heavy. The emphasis is on design, not weight, unlike with investment-grade products. So when jewelers strain the physical market further by buying 235 million ounces in one year, we have to wonder what this will do to supply as a whole.