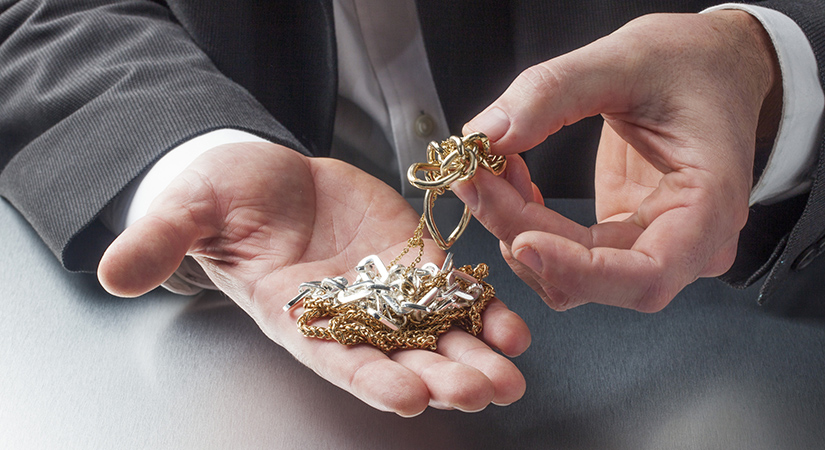 For those of us who stay up to date on world news and the global financial system, 2022 had no shortage of surprises. Rising inflation? Anyone could’ve seen that coming, and the Fed’s response (even though it’s too little too late) is straight out of the central banking playbook. In fact, virtually every developed economy is doing the same thing.

The passing of Her Majesty Queen Elizabeth II? Well, the poor woman was 96 – she had a good run.

The worst beginning of the year for equities since 1970? The worst year for bonds since 1842? Again, anyone who’s familiar with economic history could’ve predicted these.

Who could’ve expected the Russian invasion of Ukraine, though – and the west’s massive retaliatory sanctions that crushed global energy markets? The Omicron mutation of Covid’s incredible contagiousness, and China’s nationwide lockdown in response? The UK’s month-long Liz Truss administration and the return of bond vigilantes? The euro plummeting to parity with the dollar (and the pound sterling almost doing the same)?

Folks, this was a busy year. Those of my regular readers who diversified their savings with physical precious metals a year ago are probably patting themselves on the back right now…

Silver did even better, up nearly 4.5% more than gold.

Now, stop me if you’ve heard this one: Past performance is no guarantee of future results. In fact, quite a number of people I’ve spoken with recently have expressed frustration that they “missed out” by not buying gold a year ago.

The truth is, I don’t think they’ve missed out at all. Gold is only 1.23% higher than it was at the beginning of the year!

Here are the top 5 reasons you should consider buying gold right now, especially if you aren’t already diversified with physical precious metals.

1. There’s no soft landing ahead…

Back in October, 98% of U.S. CEOs reported they expect a recession. That means higher unemployment, a massive slowdown in economic activity and a corresponding hit to the stock market. (Bank of America CEO Brian Moynihan predicts a 25% drop in the market.)

Based on the Shiller PE ratio, stocks must fall about 40% to return to their historic average valuation. That’s almost exactly splitting the difference between a standard recession and the worst economic crisis since the Great Depression.

2. Because the world’s central banks are!

Central banks globally have accumulated gold at a pace unseen since 1967 (back when the U.S. dollar was still backed by gold).

According to the IMF, there are two major factors behind the central bank gold buying spree:

Wages are going up – hooray! The only thing going up faster?

As of October, inflation outpaced wage growth for 18 months straight. That means pay rose on paper – and yet we can afford less than we could a month, a year or a year and a half ago. 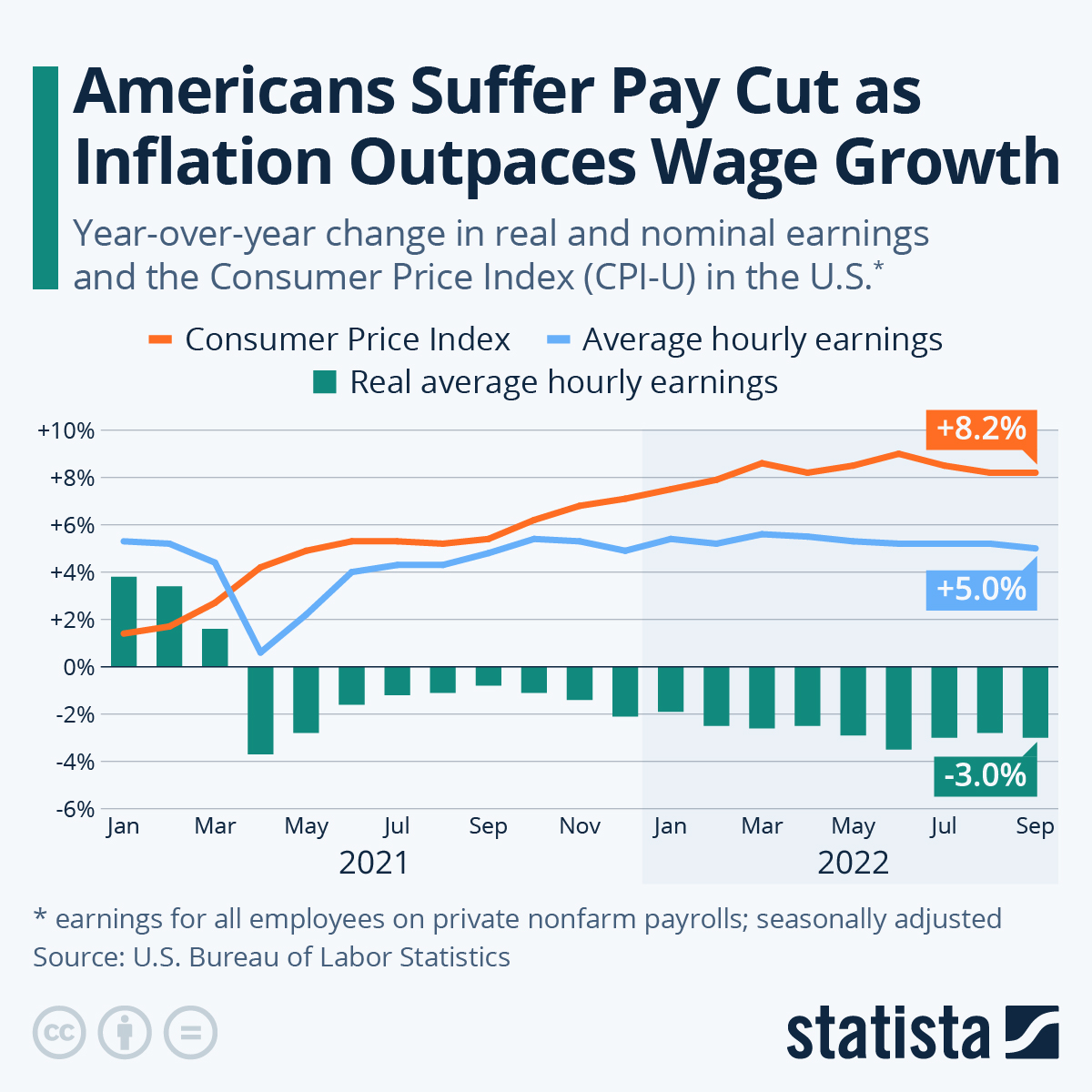 If you remember nothing else from this article, remember this: always compare “economic growth” rates to inflation rates. The results can be downright disheartening…

It’s no wonder people are, increasingly, seeking an inflation-proof form of money. The good news is, this already exists! It’s called physical gold and silver. 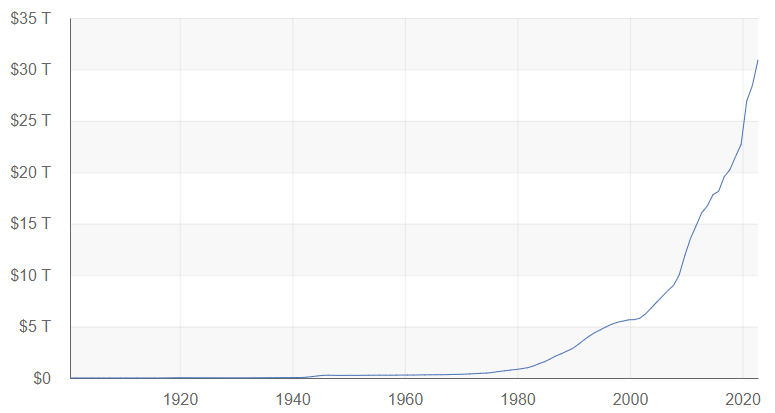 The nation’s debt has grown faster than our GDP since 1981. This is not a problem our government can tax their way out of.

Furthermore, we have another two years of the Biden administration to look forward to. You may remember that, under the Biden presidency, our nation will borrow another $4.8 trillion (as of September). The preliminary budget for 2023 is 7.4% higher than 2022…

It may be too late for fiscal sanity to save the nation from defaulting on the debt. Nouriel Roubini thinks so.

Debt is not the only problem associated with deficit spending, however. Remember that every newly-printed dollar doesn’t increase wealth – instead, it reduces the purchasing power of every other dollar in the world.

That makes it urgent that every American own some assets whose value is not tied to the success or failure of the U.S. dollar. Gold is an ideal choice. As Ray Dalio says:

There is an old saying that “gold is the only financial asset that isn’t someone else’s liability.” When you receive gold coins from a buyer, you can melt them down and exchange the metal and still receive almost the same value as if you had spent them, unlike a debt asset like paper money, which is a promise to deliver value (which isn’t much of a promise, given how easy it is to print).

5. Gold and silver are historically undervalued

A number of investors and analysts firmly believe that gold and silver are extremely, even historically, undervalued… Even more when we consider Urban Jermann’s analysis of the misunderstandings of gold’s value as an investment. (To summarize, Jermann says gold’s price understates the worldwide demand for gold – when prices go down, there’s always a buyer, unlike for virtually every other financial asset.)

Personally, I don’t believe that gold’s price relies on the Federal Reserve’s monetary policy decisions. And frankly I’m tired of writing about Jerome Powell and his cabal of ivory tower insiders who think they can print trillions of dollars without causing inflation – and then make inflation go away with interest rates barely half the rate of inflation!

I can diversify my savings with physical precious metals to the point that I’m completely indifferent to the next Fed announcement – Powell can’t make me rich and he can’t make me poor. All he can make me is frustrated. Don’t worry too much, though; I’ll still report on the Fed’s decisions and try to make sense of them for you. (If you still care, that is! You might find the hobby of Fedwatching becomes a lot less appealing once you’ve diversified your savings to the point of indifference…)

Sometimes, people ask me, “How do I choose between gold and silver?” Now there’s a good answer! Oxford Economics recently identified an “ideal” allocation to silver as a percentage of any investor’s savings:

Over a ten-year window, optimal allocation to silver should depend on the individual’s overall risk tolerance: 5.6% for low risk, 6% for medium risk and 5.8% for high risk.

That makes right now a great time to get started diversifying with physical precious metal.