As the New Year begins, these three substantial issues continue to threaten our economy. 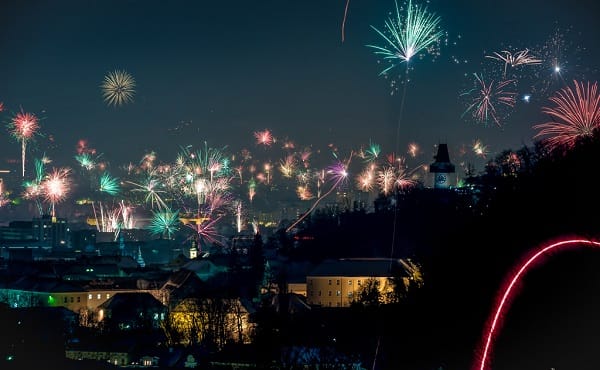 As we begin a new year, it’s only natural to question what’s in store for 2016.

We have dozens of issues on our radar, but here are a select few that you may want to keep a close eye on:

1. Debt Crisis: No solutions in sight

Whether it’s the Democratic or Republican party, none of the candidates in the presidential race have any realistic solution to contain the runaway debt levels.

When it comes to the nation’s finances, it’s almost as if it makes no difference which party wins office; you can guarantee that the debt will increase.

With U.S. national debt currently over $18 trillion, and expected to reach $20 trillion in 2017 when a new President will be sworn into office, there is little any new leader will be able to do without taking drastic action that would rock the boat.

They will be stuck between a rock and a hard place — and no one wants the music to stop on their watch. This is precisely why we’re seeing the inevitable prolonged with more and more government borrowing and spending. More of the same… until the bubble bursts!

Simply put, there is no simple solution. Of course, the politicians don’t want you to know this, as it may render them unnecessary and incompetent in dealing with the problems of modern society.

With the Federal Reserve raising rates earlier this month for the first time in 7 years, the microscope will be put on figures coming out on the economy in first quarter 2016.

If statistics from the Fed suggest that the economy is improving, they may consider further raising rates.

However, if the economic numbers remain flat or fall, the Fed will feel serious pressure to lower rates back to 0.25%. In fact, Janet Yellen has publicly stated that she would take rates into negative territory if necessary.

This claim has garnered a lot of attention, especially now that many pundits are predicting a market crash in the near future.

Of course, should the Fed go back on all they’ve said in the past few months and fall back to its loose monetary policies of the past few years, they would lose a severe amount of credibility in the public’s eye. And in no uncertain terms, this is not what you want when economies run on confidence.

3. Cyber Attacks: Technology advancing faster than security can keep up

Modern society is becoming increasingly dependent on technology. While this has many advantages to our way of life, it also poses some severe risks.

The vulnerability of our electronic system should be noted as threats may arise from anything ranging from a solar flare to cyber attacks.

It’s frightening to think how much big banks are at risk — institutions many think of as being especially secure. As these corporations struggle to keep up with the latest threats, average hackers have been causing untold amounts of damage.

Put it this way: If a teenager was able to hack the emails of the CIA director, then how safe do you think you are?

The fact is the electronic system is not as safe as many think, no matter how much any company or institution would like to have you think.

We rely on these services to get by in the 21st century, but it doesn’t mean that we need to have all of our data and wealth in a system that is becoming increasingly complex and prone to mishaps.

2016 is shaping up to be just as tumultuous and unpredictable as 2015. We don’t know exactly what may come in the months ahead, but we do know that you can add some degree of protection to your savings by diversifying into physical precious metals. You can likely expect the rush into safety to continue into the New Year, and you can get started too.

We wish you a happy and prosperous New Years.

photo credit: The first 30 seconds of 2015 via photopin (license)