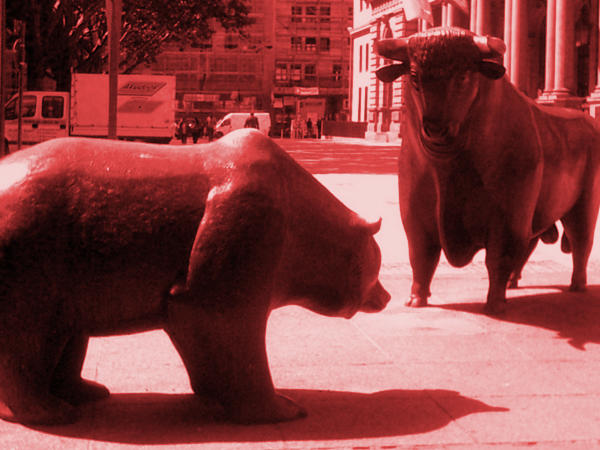 Record highs are giving Wall Street an excuse to pop open the champagne, but economists say we should curb our enthusiasm.

On January 25, the Dow Jones Industrial Average broke 20,000 points for the first time in history. Traders are celebrating and financial media is buzzing with speculation that 25,000 could be just around the corner. But history and fundamental research say otherwise.

As we discussed last week, the price-to-earnings and price-to-sales ratios of U.S. stocks are at their highest since 1999.

Why is that significant? For starters, when stocks reached their valuation ceiling after 1999, the market tumbled for two straight years and shed over $5 trillion. The resulting tech-bubble crash became one of the biggest U.S. market nosedives ever.

Now, it seems we’re approaching that point yet again. Granted, conditions are different today than they were in 1999, but there’s no guarantee this valuation bubble won’t pop just as abruptly as the last.

If we take a step back and consider what occurred after some of the Dow’s other milestones, we instantly see reasons to be skeptical of last month’s 20,000 point record.

When the Dow broke 1,000 in 1972, it instantly froze, faltered, and proceeded to take 15 years to reach 2,000. But that looks like a cakewalk compared to what happened next.

Eight short months after surpassing 2,000 points in January, 1987, the Dow plummeted along with the rest of the U.S. stock market on Black Monday, one of the worst crashes in history.

Do you see a pattern developing?

3. This rally has been fueled by emotion instead of reason

Market bubbles come about when the influence of human nature overtakes that of reason. Take the tulip craze of 1637, for example.

When Holland’s upper-class adopted tulip bulbs as a status symbol, they evolved from a commodity to a trading asset. Suddenly, bulb prices were based not on what the bulbs themselves were worth, but what a buyer in the market was willing to pay for them. Before long, anyone with the means was putting money into the bulb market.

Every person who bought bulbs at these insanely overvalued prices was a fool, but that didn’t matter to them. All they cared about was finding a “greater fool” willing to buy their bulbs later at a higher price.

As you’ve probably guessed, the tulip craze eventually ran out of fools. Hysterical selling came shortly after, and prices hit rock bottom to reflect reality, i.e. what the bulbs were actually worth.

What This Means for Today’s Stock Market

Essentially, traders are doing the same thing with stocks today that the Dutch were doing with bulbs back in 1637: buying based on hype instead of value. It’s one of the few logical explanations for why stock prices are breaking records while the value of stocks themselves is abysmal.

Considering the facts, the Dow’s new record should serve as a warning. If you’re holding even the “safest” of traditional investments without protecting your savings with gold, you may want to reevaluate your strategy.