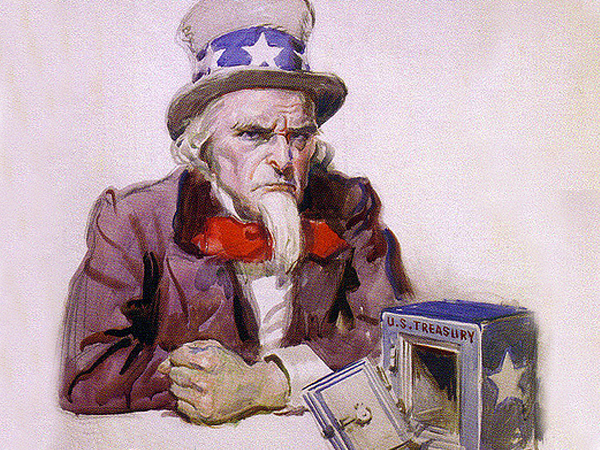 U.S. markets have sustained upward momentum for the past several years. But major warning signs suggest the end of their winning streak may be near.

Rallies can’t go on forever; every upswing — no matter how long — will eventually be followed by a correction. And that leads us to these two fundamental questions for Americans…

How can we tell when we’re nearing a ceiling? And can we predict the next downturn?

Well, there’s no guaranteed method to know the answers to these questions for sure, but we can get a relatively high level of certainty if we simply look at the facts. Here are three big red flags in the U.S. economy today, and what they mean for you.

The number of dangerous bubbles growing in the U.S. economy is nothing short of astonishing. Across nearly all major industries, a bubble of one kind or another is brewing.

Then there’s the auto industry. Years of zero, or near-zero, Fed rate policy made the auto industry explode. Suddenly, almost anyone could afford to take out an auto loan and buy the latest and greatest car — regardless of their credit.

What happened? Now the price of a new car is higher than it’s ever been. And the auto industry is inflating itself with reckless abandon.

But Morgan Stanley analysts say the party won’t last much longer; they predict up to a 50% crash in car prices over the next few years. On top of that, several major automakers are already reporting a shocking decline in car sales, implying this may be the beginning of the end.

And these are just two of the many industry bubbles cropping up throughout the U.S. economy, waiting to pop and send markets into a tailspin…

2. Stocks Due for a Correction

It might not feel like it to many Americans, but did you know we’re in the second largest bull market in history?

The current bull market started back in 2009, and it’s been going strong for over 8 years. The longest bull market in history lasted only a year or so longer than this one (1990 through 2000).

But all good things must come to an end. If there’s one rule of markets you can count on, it’s this: they’re cyclical. What goes up must come down.

Experts believe that time could be coming soon. Just last year, economists at JP Morgan predicted a 67% chance of recession before the end of 2017, and a 92% chance by the end of 2018.

A strong workforce is mandatory for economic growth and stability; and for any workforce to be strong, it must have support from the newest generation of workers. Baby Boomers did this up to the turn of the century, and Gen X’ers started taking their place afterward.

Today, millennials should be stepping up. But they’re faltering, and it could be a big problem for the economy.

First of all, millennials are crippled with debt. U.S. student loan debt is now at a record high of $1.31 trillion. And a staggering number of the individuals holding that debt are falling way behind on their payments, or simply defaulting altogether. Oh, and to make matters worse, the federal rate on student loan debt is set to rise by 18.4% this year…

Millennials are also disproportionately under or unemployed. The average unemployment rate for millennials since 2000 is a staggering 13.1%; the combined average over the same period for all other age groups was just 5%.

What does this mean for the economy?

Millennials are working less, buying less, and generally contributing less to the economy than previous generations. They aren’t buying homes or cars, and they aren’t making any other large purchases either.

All those things translate to a major drag on the national economy.

What You Must Know Before the Next Shoe Drops

The U.S. economy is poised to fail in several key areas. But these few points still don’t give you the whole story.

Leading experts from several other industries have additional dire warnings for Americans, and they’re looking for something big to come in the next year, if not sooner.

Plus, there are multiple pieces of crucial data Americans must see regarding the security of our economy in the coming months.

For your convenience, we’ve compiled all this information into one simple guide, titled “Post-Bubble America: How to Profit from the Coming Crash”.

If any of the issues we’ve mentioned here concern you, it’s critical that you get the full picture. And it’s all available in “Post-Bubble America” – at zero cost to you. Click here to request this free guide now.