Home » Blog » 3 Times in 5 Years: Social Security Payments Will Get No Boost

3 Times in 5 Years: Social Security Payments Will Get No Boost

For the third time in 5 years, Social Security benefits will not increase. What does this mean for the future of entitlement programs and for you? 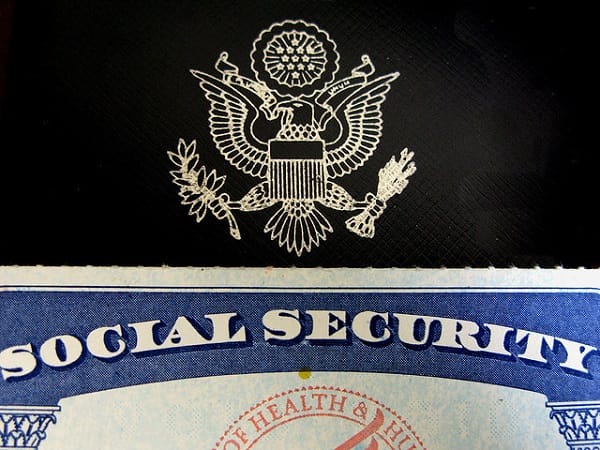 For just the third time in 5 years, Social Security benefits will not be increased next year.

What could possibly be the rationale to halt the annual increase? Our government points to falling gas prices.

Because the price of no other goods or service is increasing?

Many retirees that rely on benefits to survive are renters, and rent prices are most certainly NOT going down right now. In fact, rent prices are up 3.7% over the last 12 months. And given that annual expenses for rent are generally higher than those for gas, this decision will hurt this group the most as their cost of living increases significantly.

Is Social Security and the U.S. government bankrupt?

Currently the unfunded liability for Social Security is $25.8 trillion. This figure doesn’t include programs such as medicare, public and federal retirements. But if we did take them into account, Federal unfunded liabilities are over $127 trillion.

With the debt levels reaching astronomical numbers and no solutions in sight, we have seen the U.S. government already resort to dipping into retirement accounts to fund itself. They have even moved in on 401(k)’s and have introduced the MyRA pension plan to keep their ponzi scheme going.

Please note that I do not use that term lightly. Social Security relies on a greater number of younger people joining over time than the number of retirees cashing out. So by its very nature, Social Security is a ponzi scheme.

However, with 76 million Baby Boomers looking to retire soon, this house of cards will likely soon see its foundation rocked.

So while many Americans rely on the government to get by, don’t forget that that it’s actually the government that first relies on us to pay them the money in order to hand it out.

In 2005, Alan Greenspan made this enlightened comment: “We can guarantee cash benefits as far out and whatever size you like, but we cannot guarantee their purchasing power.”

In short, the dollar is always in peril of losing more and more purchasing power. Plus, billionaire Kyle Bass has already told us that the government plan is to ‘kill the dollar’ to get out of its fiscal and economic mess.

This absolutely flies in the face of this week’s decision to not increase benefits!

As fiscal problems catch up with the Federal and State governments, expect more drastic measures like this. Ultimately they have no working solution to the coming Social Security crisis.

The idea that government will be there for you in your golden years is long gone. What have you done to take charge of your future?

Will all of these government entitlement programs turn the US into the next Greece? Find out here.