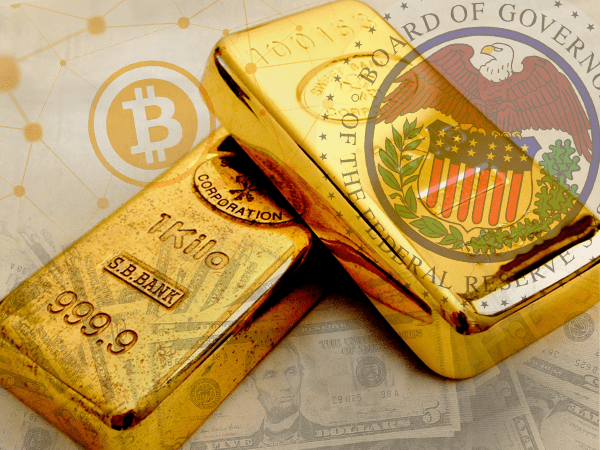 This week, Your News to Know rounds up the top news stories involving gold and the overall economy. Stories include: 4 reasons why gold is heading for a new high, gold continues to attract safe-haven demand, and Russia becomes largest official gold buyer.

4 reasons why gold is heading for a new high

Gold has been rising sharply since mid-July, and SeekingAlpha’s Andrew Hecht believes the metal has a lot more room for growth. After a dip to $1,211 an ounce, gold rose to a high of $1,362 over the course of ten weeks, approaching the post-Brexit 2016 high of $1,377 an ounce.

This marks the next resistance level for gold, with $1,428, the August 2013 high, being the following hurdle. Hecht thinks gold could breeze past both levels, and lists four reasons why a sustained rally in gold is a guarantee.

First, long-term prospects for the dollar are looking worse by the minute, and Hecht says the greenback might be entering a seven to nine-year bear market, a view supported by data from the past 32 years. A prolonged downturn in the dollar would translate to a rise in gold prices due to their inverse correlation.

Then there’s the digital world. While recent comments by JP Morgan Chase Chairman Jamie Dimon and a move by China to outlaw digital currencies harmed bitcoin and ethereum, Hecht still sees an increased appetite for cryptocurrencies. He also sees this as a silent endorsement of gold and silver and expects this hunger to translate to higher prices in both precious metals.

Hecht also lists how major currencies of the world depend on faith and credit, which are looking to be in short supply after quantitative easing programs in both the U.S. and Europe, the latter of which is still active. Governments around the world turned heavily to liquidity to spur economic growth after the financial crisis of 2008. As a result, the punishment for this could come in the form of inflation and a renewed interest in gold and silver.

And lastly, the technical picture for gold is optimistic and suggests a prolonged bull market in the metal. Rising prices with increasing volume and open interest, along with the other factors listed, could send gold past $2,000 an ounce sooner rather than later, with silver and platinum following on the same course.

Recent drama surrounding the Korean peninsula has played a large part in gold’s 12.5% rise since July. Safe-haven demand was also bolstered by a weak dollar and low inflation, as well as concerns over the impact that hurricanes Irma and Harvey could have on the economy.

Poor non-farm payroll data did little to offer investors a sense of security, and the uncertainty surrounding another U.S. rate hike allowed gold to continue its rally unabated. Speculative positioning in gold reflects this, with net long contracts almost doubling since mid-August and inflows into the SPDR gold trust growing by 22 tons.

Right now, the markets are waiting for the dollar’s next move. If the currency continues to sink past 2014 lows, gold stands ready to reclaim $1,360 an ounce and could continue climbing from there.

Recent World Gold Council data shows Russia as the largest gold buyer in the world, with a total of 201 tons purchased in 2016. China came in second with a reported 80 tons of gold purchased last year, while the National Bank of Kazakhstan secured third place on the WGC’s list with 36 tons.

Russia is also upping its production of the metal, nearly doubling it since 1995. The country has mined over 2,000 tons of gold in the last ten years, with a production of over 300 tons expected this year and 400 tons on a yearly basis by 2030.

“Russia is the largest official purchaser of gold in the world and the third-largest producer. But it has yet to reach its potential on international investment markets,” said Tatiana Fic, director of central banks and public policy for the WGC.

However, these figures do not reflect low demand, but rather a very high tax on private gold purchases imposed by the Russian government. Deputy Finance Minister Aleksey Moiseev hopes to remove taxation of individual gold purchases by the end of 2017, which should have a significant impact on gold trade worldwide.

“In our view, opening up the domestic gold investment market could make a material difference to the Russian economy, the gold industry and the country’s position on the global gold stage,” said Fic.