5 Valuable Retirement Lessons We Learned in 2022 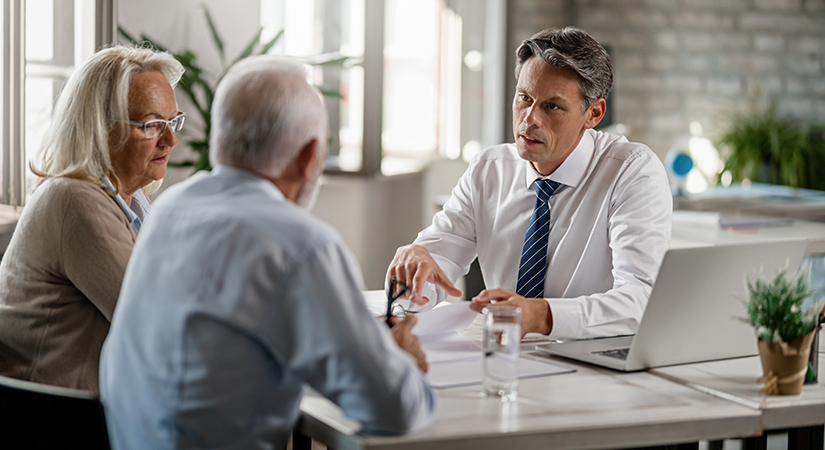 It’s pretty clear that 2023 will be the year that even the most optimistic financial pundits will be forced to stop ignoring bad economic news – at least temporarily.

Even notoriously-bullish CNBC just published Why everyone thinks a recession is coming in 2023, exploring why nearly everyone has “penciled in” an economic downturn. While they disagree on the timing and severity, they’re fairly uniform otherwise:

What they do agree on is that the Federal Reserve’s interest rate policies will be the trigger for the recession, while it was the central bank that rode to the rescue after the last two downturns.

Dana Peterson, chair of the National Association for Business Economics and Conference Board chief economist predicts a 96% chance for a recession (that’s as close to guaranteed as a responsible analyst will commit to).

So if you’re asking yourself, “Should I take my investments out of the stock market during a recession?” well, you’re not alone.

During the average bear market, stocks fall 36% (but the worst episodes saw drops of 50-60%). We can’t reliably time the market, though – so our best bet is probably to create a retirement savings plan we can stick to during bad times as well as good times.

Here are some lessons we learned over the year to take into consideration.

It’s a good time to reflect on all we’ve learned during a rather challenging economic year. After all, we don’t want to repeat our past mistakes.

By the way, that’s one major difference between successful savers and those who struggle. Everyone makes mistakes! The prudent learn from their mistakes – and carry those lessons into the future to shape their plans.

We’ll start with a good lesson about bonds, often categorized as a conservative investment:

“2022 taught investors several valuable lessons,” says Rob Isbitts, chief investment strategist at Sungarden Investment Management in Weston, Florida. “Chief among them is that bonds can lose a lot of money, and that just because something hasn’t happened in your lifetime, it doesn’t mean it can’t happen.” [emphasis added]

Many people assume bonds are automatically “safe,” and while they generally are safer than equities and many other investments, as Mr. Isbitts said, they can (and do!) lose money.

By the way, that “hasn’t happened in your lifetime” part is referring to what The Wall Street Journal called the worst bond market since 1842. “Almost never has the U.S. bond market lost as much money as in the first four months of 2022,” WSJ tells us.

Clearly, the overriding lesson here? Just because we haven’t seen it doesn’t mean it can’t happen. (Call it The Black Swan reminder if you like.)

With that in mind, here are the five crucial lessons we can take with us into the new year.

#1: Take a holistic view of your retirement savings

Ben Waterman, co-founder of Strabo, a global investment portfolio tracking app based in London, reminds us to look at our investments as a whole, especially during tough economic times. Examine how well diversified your portfolio is.

The benefits of diversification:

[Smoothing] out unsystematic risk events in a portfolio, so the positive performance of some investments neutralizes the negative performance of others. The benefits of diversification hold only if the securities in the portfolio are not perfectly correlated—that is, they respond differently, often in opposing ways, to market influences.

As Ray Dalio said, diversification has another benefit: “You can reduce your risk without reducing your return.”

The benefits of diversification are well-documented. So make sure you have a good mix of assets.

Robert Johnson, a finance professor at the Heider College of Business at Creighton University explains why it’s a bad idea to change your plans during market turmoil:

Attempting to time the market is fool’s gold. If you pull your money out of the stock market at the wrong time you could miss out on the recovery.

I think that being overly concerned with daily finance news is a sign that you might be taking on more risk than you’re actually comfortable with. If you have concerns about your exposure to any single asset or sector, rethink your risk tolerance. If nothing else, lowering your overall risk profile will help you sleep at night despite extremely volatile markets.

This Charles Schwab explainer demonstrates how cost averaging can help you even out losses:

Let’s say you invest $100 every month. When the market is up, your $100 will buy fewer shares, but when the market is down, your money will buy more. Over time, this strategy could lower your average cost per share—compared to what you would have paid if you’d bought all your shares at once when they were more expensive than the average.

So you might overpay sometimes and underpay other times. In the end, your costs could justify it. (It’s often psychologically easier to dollar-cost average like this than to make one large, lump-sum purchase.)

Keeping risk, time and diversification in mind brings us to the next lesson…

#4: Determine whether change is really needed

This HSBC article offers a different perspective on investment risk:

simply the probability of incurring losses relative to the expected return on the capital you put into your investments. Different types of investment products carry varying risks, so when you’re deciding what to invest in, you first have to consider what your risk appetite is like.

So, for example, if you find yourself glued constantly to market news updates and checking account balances daily, your risk appetite might be lower than your current risk profile.

Recessions and bear markets tend to make people anxious. Consider using that anxiety as a warning that you might need to rethink your retirement savings plan.

It’s a good idea to keep in mind that, over the long term, market fluctuations often work themselves out. But with that said…

Ben Waterman, co-founder of Strabo, is one of many analysts who suggests avoiding stocks right now:

The implicit volatility we’re seeing now means that, should you see a protracted downturn similar to the one we’re in now, you may have to withdraw capital at a loss.

Yes, this goes against lesson #2 above! But as your time to retirement shrinks, your savings have less time to recover from market downturns. Consider whether you’d be able to tolerate a 3 to 5-year wait for your investments to recover from the average bear market.

Whether or not this bear market is an average one or not, whether the next recession is typical or not, there’s one more thing to consider in the year ahead…

Would your retirement savings plan be better off with gold and silver?

Now you might be asking yourself: “What are ways to safeguard your retirement during a recession?” (Trust me, thousands of Americans are asking this question right now!)

Despite short periods of decline in 2022, gold has held up better than the S&P 500 or the bond market during this year’s economic turmoil.

The gold market has seen renewed interest as there appears to be light at the end of the tunnel. Gold has seen an impressive rally in the final quarter of 2022, with prices rising 11% from a two-year low to $1,800 an ounce. Gold’s push higher is creating some new bullish interest among retail investors.

Frank Holmes claimed that investors were underweight his recommended 10% allocation to gold, and recommends not making the same mistake in 2023. Should you decide to follow the old Wall Street advice to:

Birch Gold Group can help – learn more about diversifying your savings with physical gold and silver here. There are several other inflation resistant investments worth considering, as well.

Whether you’re looking to lower your risk profile, diversify your savings or just sleep soundly despite financial market volatility, both physical gold and silver may be exactly what you’re looking for.