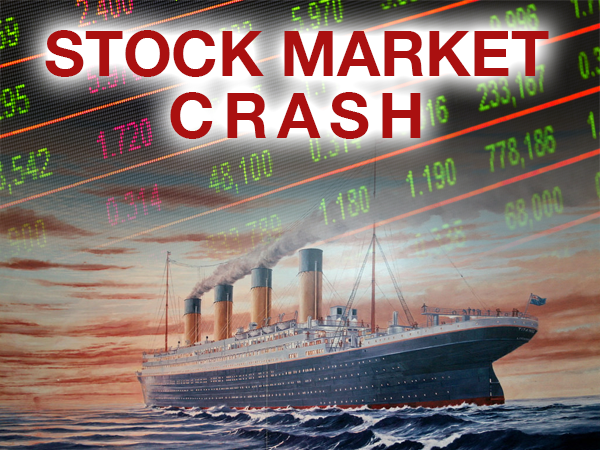 A market never crashes without giving some warning signs that danger is ahead. And when it comes to protecting your wealth, ignorance is never bliss.

Here are 5 red flags occurring in the market right now that everybody should know about (even if they don’t have money in the stock market).

A Carbon Copy of the Most Recent Major Crashes

Conditions are eerily the same today as they were just before the financial crisis in 2007, and the dot-com crash in 1999.

As pointed out by John Hussman, president of the Hussman Investment Trust and a former economics professor, three simultaneous readings which played a role in each of these past crashes are happening again.

The first is the growing dispersion of stock market returns. This refers to the gap between the best and the worst performing stocks – an important measure in assessing the crosscurrents responsible for driving broader indexes.

The Hindenburg Omen takes place when, on the same day, the new highs and new lows of the NYSE each exceed 2.8% of advances plus declines. Worryingly, this mark was overtaken earlier this month when they both went over 3%.

The Titanic Syndrome, on the other hand, is triggered when there are more NYSE 52-week lows than 52-week highs within seven days of an all-time high in equities. On November 8 stocks hit a record, putting this market syndrome into effect.

Despite their somewhat comical names, Hussman stresses these two selling signals are no laughing matter, in his own words:

They capture situations where the major indices are near new highs, yet market internals show much greater divergence. In my view, this type of market behavior is indicative of a subtle shift in the preferences of investors, away from speculation and toward risk-aversion.

Hussman’s analysis of the situation is supported by the data in the following graph: 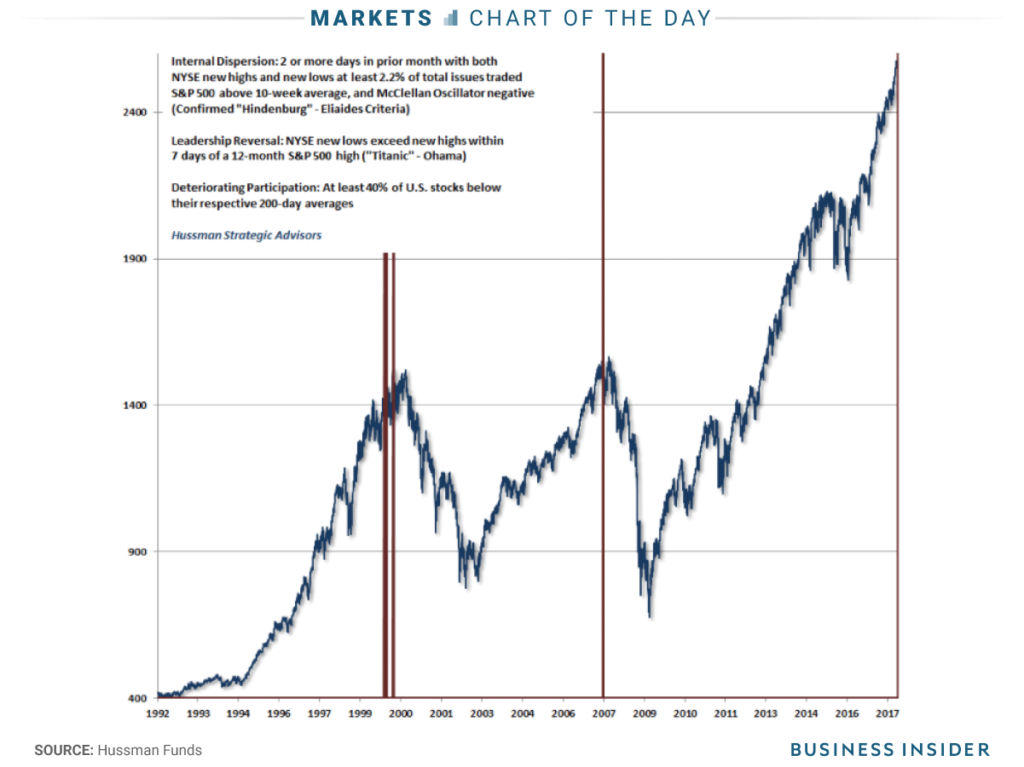 ‘Tis the Season to Be Cautious

On top of all this, Raymond James’s chief investment strategist, Jeffrey Saut is predicting a possible 5 to 10% pullback before the holidays.

His prediction is based on two factors:

First, the performance of the stock market after Trump’s election win, which he commented on to CNBC:

“One thing that nobody is talking about is the Trump rally started on November 7 of last year. And, this year the rally peaked out on November 7 of 2017 — just when people could sell the stocks they bought pre-the presidential election and make long-term capital gains.”

Saut is predicting the outflows caused by investors selling their positions could trigger a correction. And with the S&P 500 and Dow off more than one percent since their intraday all-time highs, the wheels may have already been set in motion.

The second reason he’s feeling bearish is because his “intermediate-term model,” which he uses to analyze economic and market indicators, is predicting that a downturn is approaching. He says:

“Twenty-nine percent of the S&P 500 stocks are actually down on the year… On the short-term, you can be cautious here.”

10 More Reasons to Be Concerned

If the points above weren’t enough to get your attention, Zero Hedge recently listed 10 reasons why you should be worried about the markets.

With so many signs pointing towards a stock market crash, protecting your wealth is of the utmost priority. A wise investor pays attention to what the market says and then acts accordingly. And there’s no better time to take action than right now.