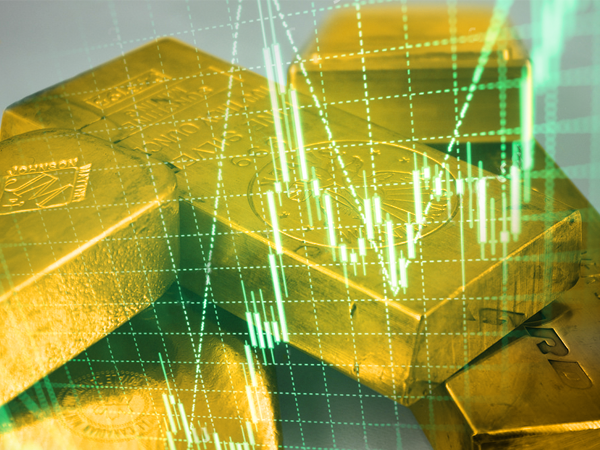 This week, Your News to Know rounds up the latest stories involving the gold market and the overall economy. Stories include: 7 reasons to go for gold in 2018, only good things are in store for gold in 2018 and beyond, and gold is on its best run since 2011.

7 reasons why investors should go for gold in 2018

All eyes might have been on stocks and cryptocurrencies in 2017, but MarketWatch contributor Jeff Reeves says that 2018 will be a breakout year for gold. He gives 7 strong reasons behind his view, starting with a remarkably strong technical picture for the metal.

He says that staying inside the $1,200-$1,250 range during dips shows that gold is enjoying higher lows, a development Reeves finds decidedly positive. Touching the $1,350 mark several times over the years along with the recent move past the key $1,300 level is further proof that gold is ready to go higher.

Gold also gained 6% in the last six months, with a 5% gain in December against a still stock market, showing promising short-term momentum. Reeves says asset rotation will act as another driver of gold prices, with more and more investors being wary of the run in stocks coming to an end.

Then there are figures such as a 67% increase in Indian gold imports in 2017, together with a 40% increase in Chinese gold bar demand in November compared to the same month of the previous year, which shows bullion demand from Asia continues to grow.

Weak production could also tighten supply in the new year, as miners are finding it increasingly difficult to locate and extract new ore. This is aggravated by several companies having to close down projects due to budget concerns, as well as tighter mining regulations in some of the top mining regions.

Not to mention the dollar’s recent slide to a three-month low marks another in a line of hardships for the greenback, with the dollar benchmark showing a 10% decline in 2017. Aside from a weaker dollar, Reeves also touched upon cryptocurrency demand, finding the bitcoin craze beneficial to the metal. According to him, investing in these speculative assets could bolster gold demand due to its safety-net utility, a notion supported by Goldman Sachs data which showed investors sticking to their gold allocations as bitcoin soared.

According to a year-end note to investors by Tocqueville Asset Management, gold is expected to have a solid year with even more gains in 2018. Tocqueville’s senior portfolio manager John Hathaway listed numerous factors to support this, starting with excessive valuations of financial market assets.

The systemic risk from these could turn into losses, renewing interest in owning physical gold which comes with low risk and low costs , said Hathaway. The growing U.S. deficit, made worse by the new tax bill, could also prove beneficial to gold – with projections that debt will increase by up to $1 trillion in 2018 and 2019, the Federal Reserve will be forced to curb interest rates and turn to QE, said the manager.

The Fed is expected to encounter more difficulties in the form of rapid inflation, which will widen the gap between nominal and real interest rates and therefore weaken the dollar. Hathaway also drew a clear distinction between physical gold and derivatives, stating that investors are increasingly turning to tangible assets.

“When the make-believe world of synthetic gold, algorithmic trading, ETFs, fake interest rates, and passive investment collide with the realities of an uncontrollably rising budget deficit and mismatches between surrogates and underlying assets, gold (the real asset) will benefit,” he said.

“It seems to us that an eventual loss of confidence in paper currencies, including the U.S. dollar, is inescapable, and most likely coming sooner rather than later. It is not, in our opinion, too soon to embrace exposure to gold.”

With its latest advance to $1,315 an ounce, gold is settling into its best run since 2011 after closing the year with a 14% increase, reports Bloomberg.

The 0.9% gain at the start of the year marks the eighth consecutive day that the metal has gone up, having climbed alongside silver, platinum and palladium to reach its highest level since September.

Gold’s standout performance is even more impressive against the backdrop of a record run in stocks and three consecutive rate hikes in 2017.

Despite predictions for three more rate hikes this year and an expected tightening of monetary policy by central banks around the world, gold is still expect to continue its gains throughout 2018. “As global complacency over the trajectory of U.S. rates continues to be astoundingly low, precious metals in general should continue to benefit,” said Jeffrey Halley, senior market analyst at Oanda Corp. in a note.