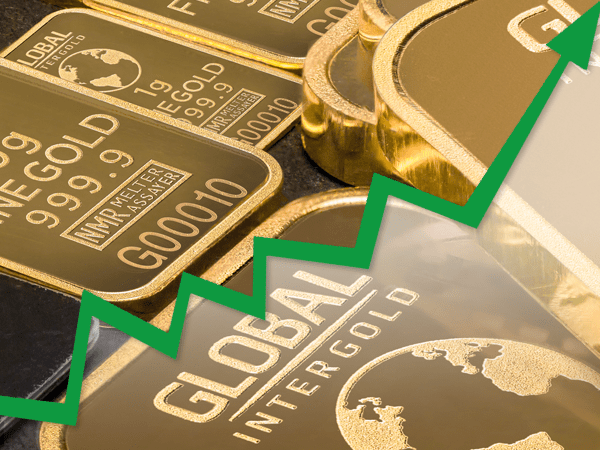 This week, Your News to Know brings you the latest news stories involving the gold market and overall economy. Stories include: Gold to reach $1,400 and above in 2018, buy gold as strategic hedge, and Salvation Army bell ringers strike gold.

ABC Bullion’s chief economist Jordan Eliseo recently told Kitco that gold has been held back due to multiple factors, not the least of which are record-setting equities. However, 2018 will be the year when we see a reversal of this trend, said Eliseo, with prices climbing towards the $1,375-$1,425 range.

Any reversal in the stock market, such as the one many are now cautioning against, would greatly benefit gold, as would ongoing weakness in the U.S. dollar. The analyst also believes that the metal will benefit from a dovish Fed, which doesn’t have the luxury of applying a bold policy in the coming year.

Although markets are expecting a hawkish tone, Eliseo thinks that weak core inflation coupled with growth concerns will keep the Fed in check. Physical gold demand should remain stable in 2018, he said, with central banks again expected to purchase several hundred tons in the year. Aside from China and India, Eliseo said that the West will see a reignition of demand for gold bullion, as evidenced by strong buying from Europe this year.

In a recent interview with Kitco, World Gold Council’s Director of Investment Research Juan Carlos Artigas said that investors shouldn’t view gold as merely an asset to buy when there is a stock correction.

Instead, he says gold should be used as a strategic hedge that is consistently held in a portfolio as opposed to minute buying based on movements in equities. Waiting too long to protect your portfolio with gold exposes you to risk, said Artigas, which is why the metal deserves a permanent inclusion.

Although some say that gold was one of the assets to suffer most from bitcoin’s recent upswing, Artigas doesn’t believe this to be the case. Instead, the researcher saw every asset class losing some of its appeal amid a full-blown frenzy for the cryptocurrency.

To Artigas, gold and bitcoin are fundamentally different. Those who invest in gold do so because gold has returned an average of 2% since 1971 and because of the diversification and liquidity it allows – these factors combine to provide better risk-adjusted returns than other assets, including digital currencies.

Salvation Army bell ringers are infamous during the holiday season, which is when the charity gets the bulk of its donations.

This year, the Salvation Army saw two special donations given to the bell ringers, with both being dropped in the charity’s notorious red kettles. The first was a 1997 Liberty gold coin donated at the Lynnwood Fred Meyer, with the second being a 1979 gold Krugerrand one-ounce.

Although bell ringers are used to seeing cash and coins dropped in their kettles, donations as valuable as these are rare. The gold coins, which were donated three days apart, will be used by the organization to help those in need.