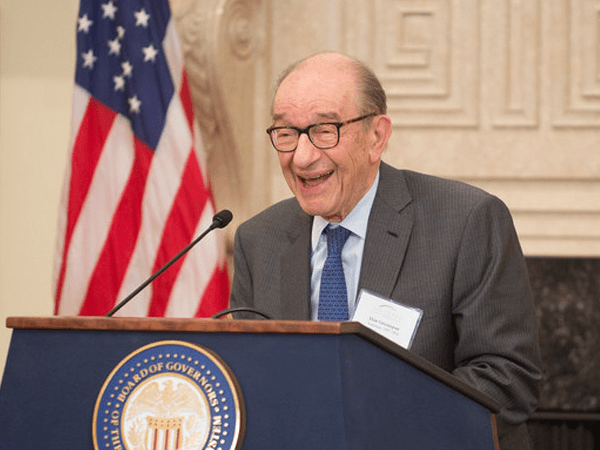 This week, Your News to Know rounds up the hottest topics from the world of finance and the gold market. Stories include: Former Fed chair says eurozone isn’t working, gold gets tailwind from inflation and China, and new Alabama bill would encourage use of gold and silver as currency.

Alan Greenspan: The eurozone is not working

In an interview for the February issue of the World Gold Council’s “Gold Investor” magazine, former Federal Reserve Chair Alan Greenspan didn’t hold back on criticism over the eurozone. As seen on Business Insider, Greenspan believes that wealthy northern nations such as Germany are funding less prosperous southern members, which compromises the integrity of the entire eurozone.

“The European Central Bank (ECB) has greater problems than the Federal Reserve. The asset side of the ECB’s balance sheet is larger than ever before, having grown steadily since Mario Draghi said he would do whatever it took to preserve the euro. And I have grave concerns about the future of the Euro itself. Northern Europe has, in effect, been funding the deficits of the South; that cannot continue indefinitely. The eurozone is not working,” said Greenspan, who governed the Fed between 1987 and 2006 and was the Chair leading up to the U.S. financial crisis.

His latest statements are in line with an older interview he gave CNBC immediately after Britain voted to leave the European Union, in which he was critical of the EU’s currency. “Brexit is not the end of the set of problems, which I always thought were going to start with the euro because the euro is a very serious problem,” Greenspan said at that time.

In the interview with the World Gold Council, he also defended the gold standard that attached various currencies to the yellow metal until the 1930s. “I view gold as the primary global currency,” said Greenspan. “Today, going back on to the gold standard would be perceived as an act of desperation. But if the gold standard were in place today we would not have reached the situation in which we now find ourselves. We cannot afford to spend on infrastructure in the way that we should.”

Gold gets a shot in the arm from inflation and China

Frank Holmes’ latest piece on Forbes outlines two factors that are bound to give a boost to gold prices: inflation and China’s economic strides. Holmes notes that inflation continues its rapid ascent, rising by as much as 2.5% year-over-year in January.

This marks the sixth straight month of consumer prices rising, led by higher gasoline, rent and health care costs, as well as January being the second straight month for rates to be above the Federal Reserve’s 2% target. Thanks to this, gold has closed above $1,240 for the first time since after November’s election – as Holmes says, with the inflation-adjusted 10-year Treasury yield reaching subzero territory, no investor will deliberately choose to lose money.

Holmes also quotes the latest WGC interview with Alan Greenspan in which the former Fed Chair predicted that inflation will increase the price of gold. Calling the metal insurance and a means of long-term protection, Greenspan elaborated on its value: “I view gold as the primary global currency. It is the only currency, along with silver, that does not require a counterparty signature. Gold, however, has always been far more valuable per ounce than silver. No one refuses gold as payment to discharge an obligation. Credit instruments and fiat currency depend on the credit worthiness of a counterparty. Gold, along with silver, is one of the only currencies that has an intrinsic value. It has always been that way. No one questions its value, and it has always been a valuable commodity, first coined in Asia Minor in 600 BC.”

Another boon for gold comes in the form of China and India’s economic revolution. The two countries, which are the world’s top gold consumers, are expected to make huge economic strides in the next few decades – this would boost gold demand even further due to the metal’s high correlation with discretionary income growth.

China – which alone consumed 2,000 metric tons of gold in 2016, amounting to 60% of all the newly mined gold during the year – has been the talk of the business world recently. Morgan Stanley issued a 118-page report called “Why we are bullish on China”, forecasting that the Asian giant will transition from a middle-income nation to a high-income one between 2024 and 2027. This prediction goes hand-in-hand with PricewaterhouseCoopers’ (PwC) expectations that China will surpass the U.S. economy on an absolute basis by 2030.

Expanding upon India’s economic boom, PwC states that the country “currently comprises 7 percent of world GDP at [purchasing power parity], which we project to rise steadily to over 15 percent by 2050.” As Holmes pointed out, these are all good news for gold, as demand for the metal has historically risen along with incomes in these two countries.

A bill that was recently introduced to the Alabama House stands to make great strides for gold and silver bullion. Currently, precious metals are treated as a commodity in the state, which subjects them to sales and use tax – the bill would change the status of the metals to currency, which would encourage their use in business transactions.

The Tenth Amendment Center blog argues that the current treatment of gold and silver as commodities goes against the Constitution, and gives the Federal Reserve plenty of leeway with its own currency. House Bill 238 would allow the markets to choose a more stable form of payment in the form of precious metals as opposed to the rapidly-depreciating paper currency – in the long run, it would also weaken the Federal Reserve’s monopoly on money and take away much of the value from its notes.

Constitutional tender expert Professor William Greene explains the effect the bill would have: “Over time, as residents of the state use both Federal Reserve notes and silver and gold coins, the fact that the coins hold their value more than Federal Reserve notes do will lead to a ‘reverse Gresham’s Law’ effect, where good money (gold and silver coins) will drive out bad money (Federal Reserve notes). As this happens, a cascade of events can begin to occur, including the flow of real wealth toward the state’s treasury, an influx of banking business from outside of the state – as people in other states carry out their desire to bank with sound money – and an eventual outcry against the use of Federal Reserve notes for any transactions.”