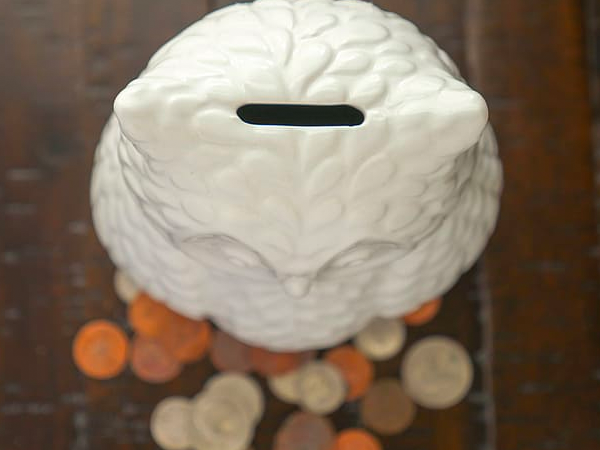 For the past six months, lockdowns across the nation have forced millions of Americans out of work, or dramatically altered their income in a variety of other ways (like cutting off sources of paying customers).

Many of those unfortunate folks have had to turn to other sources of money to make ends meet, such as raiding their 401(k) or IRA accounts.

In fact, a recent survey reveals that 30% of respondents have already turned to their retirement plans. Another 19% plan on doing so, but haven’t yet.

More than half of respondents said they spent the money they withdrew on groceries and necessities. You can see the other reasons for retirement plan withdrawals in the chart below: 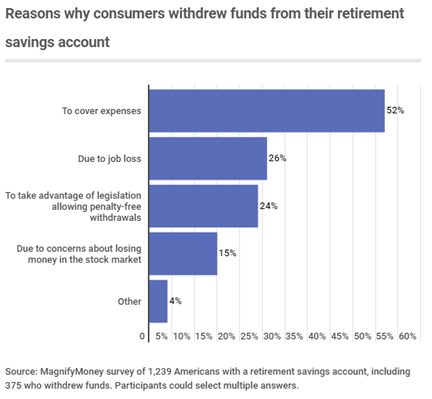 The chart shows that some Americans had multiple reasons for pulling funds. And it also shows that most of the reasons were fear-based (e.g., job loss, increasing expenses, and losing money in the market).

But that’s not all the Magnify Money survey revealed:

Notably, one of the generations most likely to pause their retirement contributions was actually the age group closest to their golden years — baby boomers — with 53% stopping their contributions.

So not only have many people withdrawn a portion of their retirement savings, but many have also stopped contributing altogether.

According to a U.S. Census Bureau survey, one reason could be because 32 million Americans had difficulty paying household expenses.

Retirement savers putting their financial future on the line does sound pretty bleak. But there could be a ray of hope…

The Potential Silver Lining in the COVID Cloud

According to a CNBC article, “Savers adversely affected by the coronavirus can withdraw up to $100,000 from these accounts in 2020 without the typical 10% tax penalty. (They’d still have to pay income tax, but it can be spread over three years.)”

What’s more, according to the IRS website, if this withdrawal is repaid to an eligible retirement plan within a specified period of time, “the distribution will be treated as though it were repaid in a direct trustee-to-trustee transfer so that you do not owe federal income tax on the distribution.”

What this means for you is that you can use this limited window of time as an opportunity to shift retirement savings out of equities and into different investments, such as gold and silver.

Of course, any decision regarding your future savings should be made carefully. You should also talk to a tax professional and check what the IRS has to say about the CARES Act before making any decision.

Bottom Line: It’s More Important Than Ever to Examine Your Savings

Whether you consider adding precious metals like gold and silver to your retirement saving mix or not, it certainly doesn’t hurt to “take a look under the hood” and make sure your nest egg is in good shape.

And with only about three months left until this penalty-free withdrawal window closes, you don’t want to wait until it’s too late to make any adjustments you deem necessary.