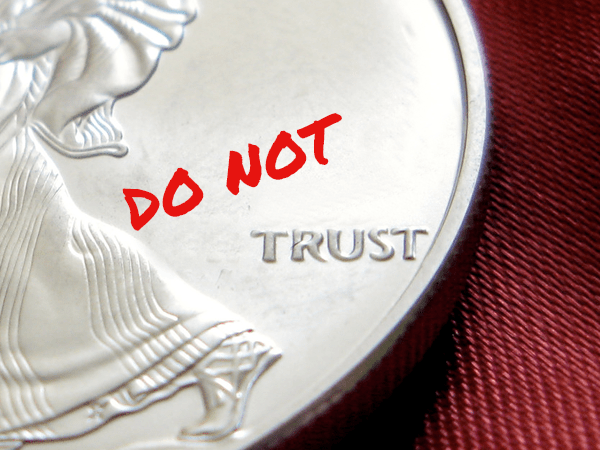 The Federal Reserve just raised rates once again, by 0.25%.

The move implies that the central bank has confidence in the economy, and markets are riding that confidence to push upward. But analysis of the fundamentals reveals that both markets and the Fed are missing something. How long can they keep egging each other on without facing facts?

What You’re Being Told

Unemployment is supposedly sitting at 4.7%, a “healthy level by historical standards” according to the New York Times. And the Labor Department reported a 235,000 gain of new jobs in the past month.

Then there’s inflation… which the Bureau of Economic Analysis (a sub-branch of the U.S. Department of Commerce) has great things to say about. According to the agency, prices rose by 1.9% over the last 12 months (the period ends in January). That’s just one-hundredth of a percent below the Fed’s target rate of 2%.

To top it all off, officials say that consumer spending spiked 3% in Q4 of 2016.

That’s all well and good. And it would be fantastic if we could know, beyond the shadow of a doubt, that those numbers were true. Unfortunately, it’s not that simple.

Why Government Numbers Can’t Be Trusted

The U.S. government’s official story on the economy is hardly unbiased. With a vested interest in keeping markets calm and appeased, government entities tend to “massage” economic numbers to paint the best picture possible.

According to Mike Bryan, vice president and senior economist at the Atlanta Fed’s research department, the rubric for calculating official inflation numbers has a history of getting changed as often as every month, depending on which pieces of inconvenient input data bureaucrats want to leave out for that given cycle.

Labor statistics are just as susceptible to corruption. In 2014, census survey collectors — whose work goes toward calculating not just general population statistics, but unemployment and economic insights as well — were caught filling in bogus data simply to meet their quota, irreparably tainting any later assertions based on the collection work.

Rather than collect fresh data each month as they are supposed to do, Census workers have been filling in the blanks with past months’ data. This helps them meet the strict quota of successful interviews set by Labor.

That’s just one of the ways the surveys are falsified.

Further, according to John Williams, presidential administrations over the past several decades have all fought to weaken and revise the measures used to calculate CPI and GDP.

What the Economy Is Really Doing

While the Fed ramps up for more rate hikes and the government keeps peddling false hope, is there a way to see what’s actually happening in the economy? Yes, thankfully there is, and it’s called fundamental analysis.

When we analyze the fundamentals, there’s very little room for manipulation. Assuming we respect the numbers and evaluate them objectively, the truth has nowhere to hide.

This stands in complete contradiction to what Fed and government officials are telling you. If the official numbers on consumer spending are this glaringly false, how can we trust anything else they say?

How We All Lose in this Game of “Chicken”

Aside from being grossly misleading, here is the real problem with the gap between the Fed and government’s outlook versus reality: the more they push to convince markets of the economy’s strength, the more they set us up for a crisis.

When Americans finally wake up and realize the Fed and U.S. government were bluffing all along, there will be no safety net to keep the economy from crashing down.

So we’re essentially caught in a twisted game of “chicken.” The Fed raises rates, and the economy edges upward — with neither paying any mind to what’s really going on.

A crisis is inevitable, and there’s only so much you can do to protect yourself. Securing your savings with precious metals like gold is one of the best ways to insulate yourself from this fallout. The Fed’s fantasy will have its day of reckoning, and it looks as though it may come soon.