America’s pension programs are exhausted, and they’re running out of options to remain solvent. What will this mean for future retirees? 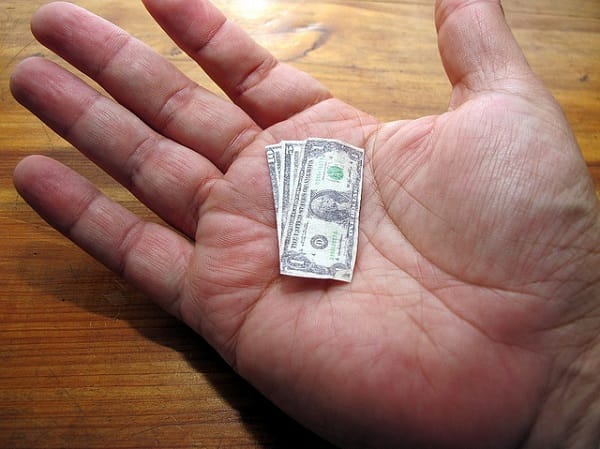 Many workers in the public and private sector are counting on pension promises made a long time ago. The problem is, the money just may not be there.

As America’s sovereign debt blows by $20 trillion, on the way to $30 trillion, the guarantees of the U.S. government to back private pensions simply aren’t worth the paper they are printed on.

This could be a problem of catastrophic proportions, potentially leaving millions of retired and soon-to-be-retired Americans up a creek without a paddle.

In the past, private companies could not cut back on pensions promised to employees, even if the money was not available in the current coffers. The fund would simply go under and then the guarantees of the Pension Benefit Guarantee Corporation (PBGC) would kick in and make the retirees whole.

This is no longer the case.

There really is no other alternative. Cuts have to be made. If they are not, then in time, pensioners will simply not receive anything at all. The PBGC is out of money as well — hence the Congressional legislation. If you’re counting on a pension, the cuts may very well be heading your way. Be ready.

Karen Friedman, executive vice president of the Pension Rights Center, told the Washington Post, “This is going to be a national crisis for hundreds of thousands, and eventually millions, of retirees and their families.”

This problem is not just a private industry bubble waiting to burst. It is a public one as well. Many municipalities have gone bankrupt and many more are on the edge, due to decades of fiscal mismanagement, corruption, and promises too big to be kept.

The cuts have already started. The trucking industry seems to be the first to be hit as pension funds take advantage of the new Congressional leeway to roll back benefits.

“This was a very hard decision, a gut-wrenching decision,” Thomas Nyhan, executive director of the Central States Pension Fund said, adding that he feared not taking any action could leave retirees with no pension at all. “It’s not a question of if there are going to be cuts. The question is where and when.”

Many retiree groups are fighting the cuts, with Friedman asserting that if a few funds take the first steps, “It’s going to open the floodgates for other cuts.”

The bottom line is this: There are many financial traps on the horizon for anyone saving for retirement. The global economy is weakening. Debt levels are unsustainable around the world. The U.S. Dollar is poised to lose value. Terrorism and conflict are on the rise. Equity markets are most likely in a massive bubble due to enormous government stimulus.

Your retirement savings fund can most likely be added to this list.

This reality is all the more reason to protect your savings with an asset class that will hold its value if the global house of cards comes crashing to the ground.

Precious metals are not subject to the same pressures as pension funds, equity markets, currency values, etc. They can add a layer of security and diversification to a retirement portfolio, especially when all the problems hit the fan.

Are you guarding your savings from potential financial fallout? Don’t wait for any longer and take the simple steps to protect your savings by giving us a call. You can also request a free information kit on gold and silver here.