As some of the financial world’s brightest minds send warning signals for the markets, will you be one of the few who listens? 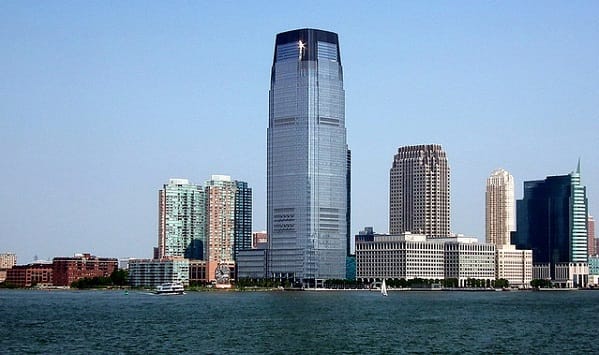 If you knew for a fact that the market was about to hit a ceiling, what do you think the right course of action would be? And let’s say that you didn’t just know that from your own due diligence or a gut feeling… let’s say you could quote multiple reliable sources who say that the market is set for a speed bump. Would there still be time to protect yourself?

That’s what you’ll likely find yourself wondering when you see the advice that major analysts like Bill Gross, Gerald Celente, and Jeffrey Gundlach are giving to Americans about the market right now. And if those tried-and-true sources don’t leave you convinced, the fact that Goldman Sachs is dishing out the same warning likely will.

Why they’re worried…
Previous outcomes should never influence your future expectations, especially when it comes to the economy. The fact that the market has performed well over the past few months – even in spite of Brexit and other economic hiccups – is no reason to believe it will continue to perform well over the next few months. In fact, many of the above-mentioned analysts say that’s the very reason we should be skeptical.

As it so often is, the fundamental problem that market watchers are concerned about traces back to failed central banking policy.

Bill Gross explains that central banks around the world, most notably the Federal Reserve, have manufactured an economic climate where there’s an abundance of risk, but barely any opportunity for return. That translates to a scenario where people slowly start pulling away from traditional investments like stocks, bonds, and equities until there’s a major sell-off that stops the market in its tracks.

Jeffrey Gundlach, chief executive at DoubleLine Capital, echoes the same sentiments about central banking gone awry, and anticipates we’ll see the effects over the next three months. He says, “Sell everything. Nothing here looks good. The stock markets should be down massively but investors seem to have been hypnotized that nothing can go wrong.”

Finally, Goldman Sachs chimes in with more or less the same message: Avoid the stock market, don’t touch bonds, and move your savings to cash or safe haven investments (like gold).

And, that’s even before we add that August is traditionally a slow month for Wall Street!

“So what are those guys doing then?”
You’re probably wondering what these analysts are putting their own money in, if they’re predicting such poor performance in the stock market. And, to put it simply, they’re running for cover.

Bill Gross says to CNBC, “Real assets such as land, gold, and tangible plant and equipment at a discount are favored asset categories.” And Reuters reports that Gundlach’s firm has a similar prerogative, with most of its assets allocated to gold or other gold-related assets.

And last but not least, Goldman Sachs is encouraging its clients to weight their portfolios strongly in cash, only hinting at the possibility of getting back into traditional investments after the market finds its bottom again.

Overall, professionals are singing the praises of history’s #1 safe haven investment, gold, stronger than ever. We’ll leave you with a quote on gold’s trajectory for the next few months from Gerald Celente, the man who accurately predicted each of the last major crashes – including the bloodbath of 2008 – as well as many of the major bull markets for gold:

“When [New York Federal Reserve President William] Dudley joined the chorus of Fed officials championing interest-rate increases last spring, gold prices quickly sunk to the low $1,200-an-ounce range in anticipation of higher rates and a stronger dollar,” Celente writes to his followers. “Now, with gold up over $150 an ounce since then, and trends for low interest rates to persist, we maintain our forecast that when gold breaks strongly above $1,400 per ounce, it will spike toward $2,000.”

Bottom line: As many of the experts scramble to get out of stocks and bonds, and into a safe haven such as gold, what are you doing?