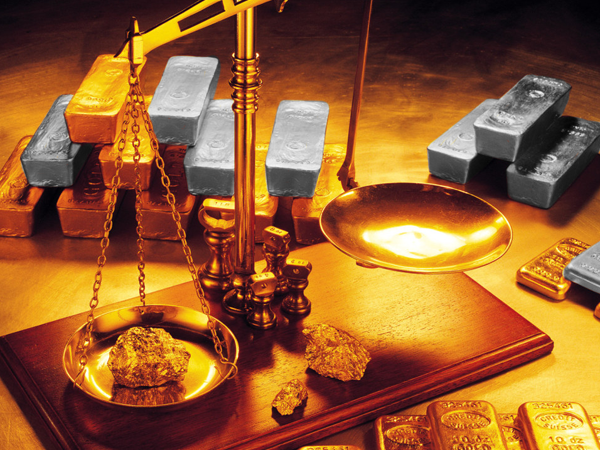 This week, Your News to Know rounds up the latest top stories involving gold and the overall economy. Stories include: Gold’s price weakness should be met with aggressive buying, why you shouldn’t wait to invest in silver, and a newfound correlation between gold and Bitcoin.

Amid talks of gold’s recent pullback below the $1,900 level, Leigh Goehring, managing partner at Goehring & Rozencwajg Associates, urged investors not to focus too much on the metal’s short-term. Like other analysts, Goehring doesn’t discount the possibility of gold falling further before the end of the year.

The fall could happen due to a seeming reversal of the factors that have powered gold’s run in 2020. Goehring cites a lessening of coronavirus-related concerns that could propel an economic recovery, a smooth-sailing U.S. presidential election and a temporary stagnation of the Federal Reserve’s balance sheet expansion as some of the factors that could apply downwards pressure on gold.

To be sure, these are all optimistic scenarios, yet Goehring doesn’t find them implausible. Should they materialize in succession, gold could see a bout of selling that could bring it to its 200-day moving average of $1,720 before the end of the year. Yet such a dip should be met with heavy buying, as Goehring believes that gold is on a long-term upwards spiral that will bring the metal’s price to $10,000 by the end of this decade. As Goehring notes, gold has only begun rolling into a prolonged bull market.

“The first leg of the gold market has been driven by COVID-19 global ‘lock-downs’ and their resulting economic dislocations such as massive expansions of global central bank balance sheets,” Goehring explained. “The weakness in the gold price that we expect this fall should be used as an aggressive buying opportunity … We are firm believers that the second leg of the gold bull market will be driven by inflation that will emerge as the world undergoes an economic boom caused by rapidly receding COVID-19 fears, and excess fiscal and monetary liquidity caused by governments and global central banks.”

As DailyWealth’s Bill Shaw notes, precious metals are built for times of crisis. And, dating back to the 1980 bull market in gold, it would be difficult to point to a crisis of similar magnitude to the one the world currently finds itself in. Even in a best-case scenario, the after-effects of this crisis on the global economy are likely to bring forth a years-long precious metals bull market.

There is, however, a distinction to be made in regards to gold and silver and their respective performances. Long before the crisis, numerous pundits were pointing out that the gold-to-silver ratio is historically askew at 80, and that each of the three instances of the ratio climbing so high since 1980 resulted in an explosive rise in silver prices.

It climbed to an astounding 125 in March, but has since steadily lowered and currently oscillates between 71 and 80. While gold hit a new all-time high in August, silver’s massive price gains still left it considerably far off from its all-time high of $50. To Shaw, the lessening of the gold-to-silver ratio signals the much-awaited normalization, and a fourth bout of silver’s price multiplying.

The correlation between gold and Bitcoin is reaching new heights

Not too long ago, the average individual investor might have viewed Bitcoin as a risky play with possibly great returns and gold as a safe play with modest ones. Institutions have mostly opted for stocks over the former and bonds over the latter. But now, in the face of heavy uncertainty and unprecedented turmoil in the global economy, perceptions are shifting.

With the persistence of the pandemic, hedges and safe-havens are few and far between at a time when they are most desired. The steadily-depreciating bond market has all but turned negative, prompting money managers to look elsewhere to fill a role in their portfolios. And while gold comes off as a clear-cut choice, the decision to treat Bitcoin as a hedge might come off as surprising due to its well-known volatility.

Yet the growing influence that institutions are now exerting on the crypto market could do away with massive price dips, leaving Bitcoin in a wholly different place. With a more stable price, Bitcoin has now assumed a role closer to gold, one of an exceptionally resilient hedge.

This has been exemplified by gold and Bitcoin increasingly moving together to reach an all-time high one-month correlation of 76.3% on September 19. The rapid climb reflects the desire of both individual and institutional investors to shield themselves from inflation and economic downturns. In Bitcoin’s case, this correlation should serve to make the asset appealing to a broader range of investors and perhaps expedite the growth of the industry. While gold will remain steady in its traditional role, estimations that trillions of dollars will be poured into the gold market by institutions create a decidedly optimistic price view.