Are Americans Drowning in Debt?

The Federal Reserve recently released a study showing how much debt and risky loans Americans are taking on. Will the economy sustain? 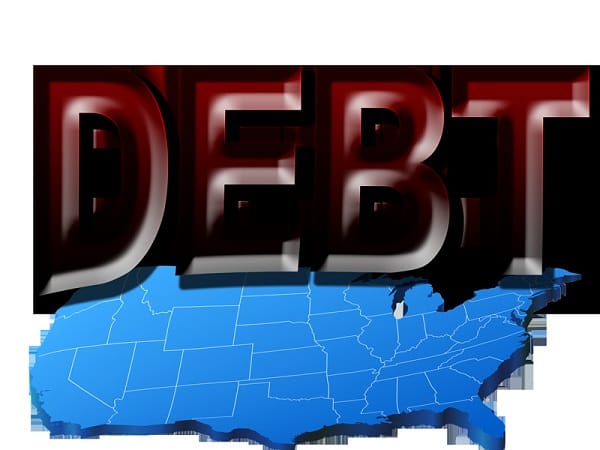 Most Americans are in trouble financially. I mean, really in trouble. Many families are maintaining a minimal existence with absolutely no safety net or margin of error. If they have an emergency that requires even a minimal expense, they will be up the proverbial creek without a paddle.

In a study of 5,700 people released recently by the Federal Reserve, about 46% of adults said they could not cover an emergency expense of $400 without selling something or borrowing money, according to MarketWatch.

These same Americans reported they have no savings, can’t pay for college or healthcare, have no retirement assets and wouldn’t know how to invest them if they did. However, many are loaded up with student loans as well as expenses for cars.

This is not a pretty picture.

Recent reports have revealed that banks are ramping up the same type of loans and credit standards that were instrumental in facilitating the housing crisis. In other words, they are trying very hard to loan money to people who have no means to pay it back. Millennials living at home with their parents are a prime target.

All of this financial ignorance and promiscuity adds up to one thing — a very fragile financial system, or, a house of cards that can come crashing down at a moment’s notice.

Student debt is an especially troubling situation. Essentially, this program of providing students an ever increasing amount of money to go to college has allowed our universities to get hooked on the gravy train.

It has allowed colleges to constantly increase costs above the rate of inflation, and now most students are mired in a disastrous debt black hole. And, they can’t find a job. Being a university professor or administrator is now similar to being a government employee. For most, you can’t be fired, and your salary goes up every year.

The taxpayers are on the hook for this ill-gotten largess.

Logic would dictate that our experience during the great recession of 2008 would have taught the American people a lesson in financial responsibility. It didn’t. So where does that leave us?

It means that those saving for their future and retirement have to be extremely careful about where they place their money.

None of these options are attractive, are they? In some countries, like Japan, you have to PAY the bank to hold your money.

But, one move that you can make to protect your savings is to back them with physical assets that have proven to hold value when all else goes wrong, such as gold and silver.

Don’t wait any longer to start protecting your savings — give us a call today.

These arguments for gold are too important to ignore. Click here to read why.