The Arguments for Gold in 2016 That No One Should Ignore

A former IMF economist and a billionaire investor are touting gold over debt investments and the stock market. Are their reasons sound? 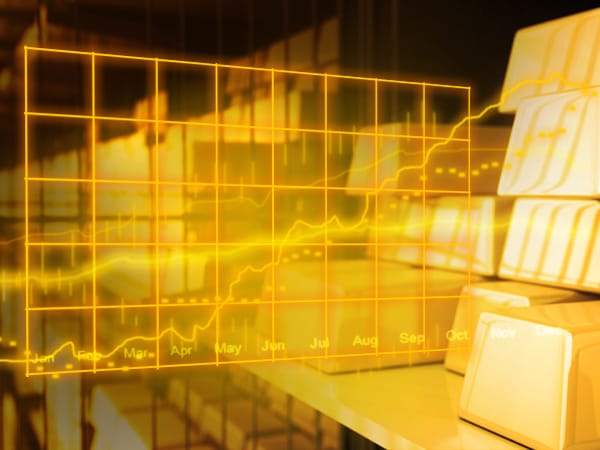 Kenneth Rogoff, former chief economist for the International Monetary Fund (IMF), Kenneth Rogoff, recently penned a piece in which he recommended that emerging markets diversify their foreign exchange holdings away from the bonds of developed countries and into gold.

One of Rogoff’s main reasons for the argument is that with interest rates at or below zero, there is little value to be gained in buying such assets.

As for gold, he puts it simply:

“…gold is an extremely low-risk asset with average real returns comparable to very short-term debt. And, because gold is a highly liquid asset – a key criterion for a reserve asset – central banks can afford to look past its short-term volatility to longer-run average returns.”

It seems central banks and billionaires alike are taking this advice and opting out of debt investments and the stock market, and instead buying up gold — what Rogoff called the “low-risk asset”.

The argument that gold offers long-term protection of one’s wealth — especially during times of turmoil — is well noted and received.

“There has never been a compelling reason for emerging markets to buy into the rich-country case for completely demonetizing gold. And there isn’t one now.”

China alone holds $3.3 trillion in foreign-currency reserves. Could you imagine if they, along with a handful of other nations, took up Rogoff’s advice and started piling into gold at a greater rate? What do you think that sort of demand would do to the price of the precious metal?

Billionaire Bill Gross, former head of PIMCO, is another that has turned bearish on bonds and the stock market.

Dubbed by many as the “bond king”, Gross believes people are now better off moving into in gold.

It’s hard to argue with a guy that made $1.7 billion by seeing what was coming in the future, and to bet against Fannie and Freddie prior to the 2008 collapse.

So what does Gross see now that has him shifting to gold?

Perhaps this quote from his interview on Bloomberg this week will give you a hint:

“I’m an investor that ultimately does believe in the system, but believes that the system itself is at risk.”

With a former IMF head and a billionaire bond king — two titans of finance who have forged a career from understanding the markets and seeing events into the future — telling you to get away from bonds and move into gold, you may want to at least look into it.

Gold is like an insurance policy for your money. And until the world can get its financial house in order, it’s critical that you protect what you’ve worked so hard to earn.

You wouldn’t drive your car without insurance, so why would you waste another day without financial protection?

Give us a call today, we can help you get started.

Does China want to be the most powerful player in the gold market? Read more here.