Home » Blog » Fed-Fueled Asset Bubbles to Avoid Like the Plague 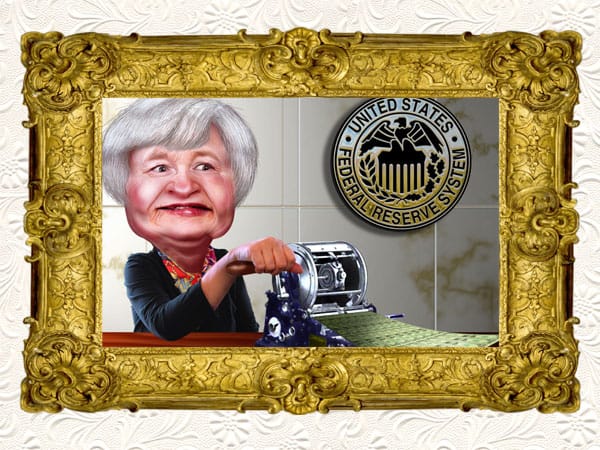 Something bizarre is happening to the prices of real assets, especially with fine art and collectibles. Their prices are exploding, and wealthy individuals are buying them like hotcakes. But there’s something fishy going on behind the scenes, and it appears the Federal Reserve could be responsible.

As the Federal Reserve continues to employ the same failed tactics of the past decade to keep the economy afloat, it’s causing a fascinating side effect in markets for goods like fine art, baseball cards, and comic books. These items all fall into the category of “real assets” – assets with their own tangible value, and with little to no dependence on national currency values or the stock market.

The wealthy are flocking to these assets and driving their prices to insane highs because they fear the Federal Reserve is setting us up for disaster.

Admittedly, blaming the Fed for escalating prices in the sports collectibles market might seem a bit far fetched, but wealthy investors are pouring money into tangible assets as a safe haven against potential currency debasement.

“Printing of money by the Federal Reserve and setting interest rates artificially low — below the rate of inflation — have made people worry about the value of the U.S. dollar,” said Peter Boockvar, chief market analyst at The Lindsey Group in Fairfax, Va. “People know that if they buy a baseball card, a comic book, painting or diamond, it is tangible and will hold some value.”

To give you an idea of how crazy the fine art and collectibles markets have become, consider this example. Just 10 years ago, Mickey Mantle’s 1952 Topps rookie baseball card sold for $60,000. Today, that same card is selling for more than $500,000.

Preparing for an Extra Loud “Pop”

Of course, the absurd explosion in prices for these assets can’t last forever. Once prices hit their peak, basic economics tell us that a vicious sell-off is right around the corner.

According to Bloomberg, the fine art market bubble has already popped:

Today’s market is a far cry from a few years ago, when young artists churning out process-based abstract work presented opportunities for outsize returns.

The works were often created by artists still in their 20s. [Artist Lucien] Smith saw a painting he made while an undergraduate at New York’s Cooper Union fetch $389,000 at Phillips in 2013, two years after it was purchased for $10,000.

Can you imagine how you’d feel if you purchased a painting for nearly $400,000, only to watch it decline to a value of less than $20,000 in less than three years? That’s a 95% price decline. And it’s the perfect illustration of how dangerous these asset bubbles have become.

Why This Is Exciting for Gold Owners

Gold happens to also fall into the real asset category, but it stands apart from all its bubble-prone cousins for several important reasons, and those reasons are making savvy market watchers very excited.

First of all, gold has the advantage of being used as a currency-backing asset and as a universally recognized wealth storage vehicle for centuries. No other real asset like fine art or baseball cards can say as much. That alone makes gold a far more stable and bubble-resistant option for safe haven investors.

It also means that all the individuals who are about to get burned by the asset bubbles in fine art and collectibles are soon going to be looking for another safe haven asset that won’t go up in smoke, and gold may be the only one they can turn to. It’s not unreasonable to suspect that a big inflow of money will be coming into the gold market in the coming months, and that will only drive prices further upward.

You can take advantage of the aftermath of these Fed-fueled bubbles by considering gold, but timing is crucial. Once the wheels are in motion, the opportunity could quickly pass you by.