Home » Blog » Back At It! Every Day Folks Stocking up on Gold

Back At It! Every Day Folks Stocking up on Gold

With the recent drop in the price of gold, a surprising number of everyday people are buying up the metal. Why are they buying, and what could this mean for gold, read further here… 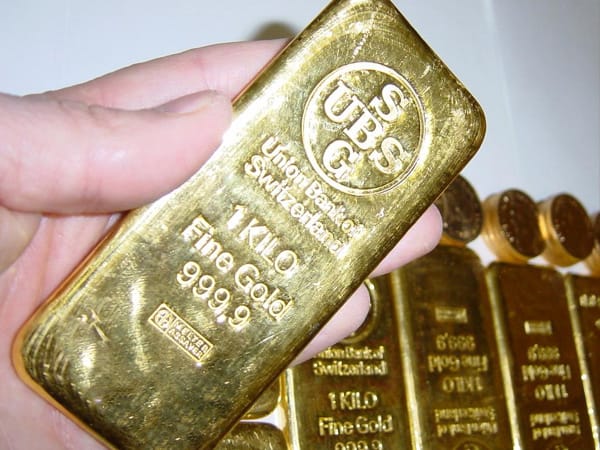 This week, Your News to Know is here with the latest trending stories about the economy and the gold market. Stories this week include: How ‘mom and pop’ investors will snap gold back up, 5 things you can count on to shake up the precious metals scene, and where is China’s 9,500 tons of unaccounted gold?

Gold’s recent price drop seems to be doing wonders for its appeal as a safe-haven asset, according to a MoneyBeat blog post by Ese Erheriene. In fact, he cites Google Trends statistics that show that ‘buy gold’ searches are up by almost 30 percent since June – the highest since April 2013.

Unlike ETF holders, private investors – some of whom are considered ‘mom and pop’ investors – are in no rush to experience a profit, thereby capitalizing on gold’s current price. “Private investors … view gold as financial insurance, even the price drop in July doesn’t undo that. If anything it kind of proves the case: … it’s not paying out when you don’t need it to,” said Adrian Ash, head of research at BullionVault.

To understand why these are extraordinary times for precious metals, one needs to look past the headlines and into the supply-and-demand fundamentals for gold and silver. TheStreet’s Stefan Gleason calls the current trends surrounding the metals “bifurcated”: While the paper market is bearish due to a high volume of institutional short-selling, the physical market is moving in the other direction with steady investor buying and bullish long-term supply and demand prospects.

While some investors are unable to keep their composure and keep the value of gold and silver in mind, Gleason notes most are aware of the buying opportunity and are making use of it. He lists 5 ‘extraordinary’ developments that put precious metals in a much better spot than many realize.

#1: The recent surge in bullion demand. Amid falling prices, investors from all over the world are rushing to stock up on coins, bars and rounds. Various bullion retailers from around the globe, both state-owned and private, are struggling to keep up with customer interest – the U.S. Mint’s July suspension of Silver Eagle sales is just one example of this.

#2: As Gleason puts it, the paper price-setting market is starting to “decouple” the physical market. Heightened demand thanks to lower prices is causing supply tightness, which has forced premiums higher on virtually every bullion product – even the usually-plentiful privately minted rounds and bars are becoming scarce.

#3: Some might be surprised that a bearish mainstream sentiment can be seen as positive. Gleason reminds those who find the extreme opinions of futures traders and analysts difficult to ignore that “consensus opinion is always wrong at major turning points.”

#4: Futures traders are putting record amounts of leverage on the market by selling gold ounces that don’t exist. This opens up the possibility of a ‘physical default’, where contract holders wanting their metal would be forced to settle for cash. “It also sets up the potential for a massive short squeeze (in which short sellers are forced to “cover” their positions by placing buy orders),” warns Gleason. Holders of physical precious metals can take comfort in knowing they are exempt from these hazards.

#5: Last, but certainly not least, are the difficulties facing the mining industry. Current prices are making miners lose profit, forcing them to make dramatic cuts to survive, with more of these expected in the near future. Cuts in every area will greatly reduce supply, which could place unseen levels of strain on the market, especially if investor or industrial demand rise markedly.

Since the adoption of fiat currencies, those with strong opinions on gold generally fall on one of two sides – one considers it an outdated asset while the other believes it’s still the only real money. Which side is right? For guidance on that debate, market watchers often turn to China.

Being the world’s top gold consumer, China’s view on the metal is always important, and can easily help make or break its current status. When China recently announced reserves of 1,658 tons – a mere 604 ton increase since 2009 – many found the number underwhelming, if not downright misleading.

Indeed, as seen on Business Insider, the question of how much gold China has is still up in the air. Even analysts with a conservative outlook on gold, like Perth Mint’s Bron Suchecki, estimate the number to be closer to 2,400 tons. But if China’s central bank actually has only increased its net holdings of gold by 604 tons in the past six years, where are the remaining 10,000 tons that were produced in or imported to the country during that time? It leaves a massive 9,500 tons of gold unaccounted for.

Commercial banks hold an additional 2,060 tons – with most of these being state-owned, many have counted that China’s bank bullion holdings should be counted together, amounting to some 4,500 tons. The remaining majority – upwards of 6,000 tons – is found in the hands of private investors. China is known for encouraging its citizens to purchase gold, but why? The real reason could be a lack of belief in fiat currencies, or simply China’s well-known love of the metal. In any case, with China’s current rate of accumulation, it won’t be long before their total gold holdings (private and public) exceed the 26,000-27,000 tons currently in the U.S.