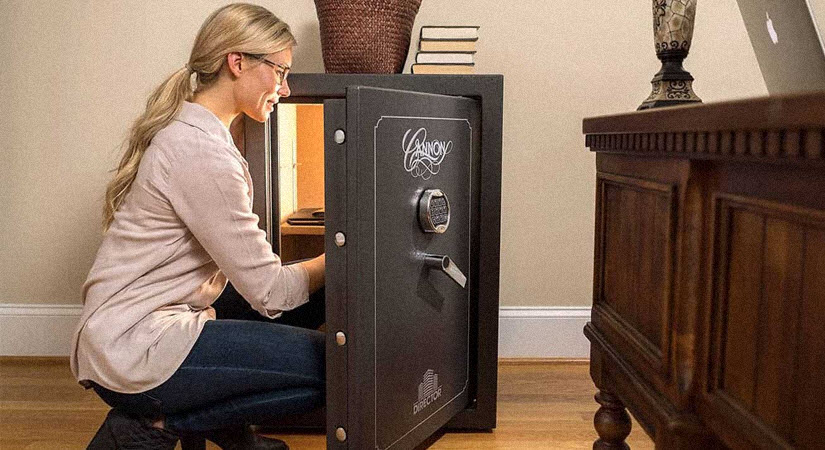 This week, Your News to Know rounds up the latest top stories involving gold and the overall economy. Stories include: The importance of choosing your gold IRA company well; $10,000 gold and $500 silver within a decade; and geopolitical tensions strengthen gold’s appeal once again.

Investing in gold and silver offers the feeling of security so many Americans seek, especially in uncertain times. Allocation to precious metals in an IRA is a clear-cut choice for many. But just as one might inadvertently buy bullion of a less-than-stellar quality, so too can gold IRA investment become a decidedly suboptimal investment for those willing to cut corners.

As reported by The Wall Street Journal, a Tax Court of Rhode Island judge deemed that a local couple who stored their IRA bullion at home must pay over $300,000 to the IRS in back-taxes. The pair transferred over $750,000 of retirement funds into a self-directed IRA in the form of an IRA LLC (also known as a “home storage” or “checkbook IRA”). A good part of their retirement funds went into physical gold and silver.

And even though the couple did their best to follow the rules, they failed:

Mrs. McNulty, a registered nurse, was careful with her IRA’s coins in some ways. She opened a bank account in the name of the LLC, documented the purchase of the coins, and labeled the coins as belonging to her IRA-owned LLC when she put them in the couple’s safe.

However, the judge ruled that her “unfettered control” of the coins, if upheld, would be ripe for abuse. He clarified what some saw as a gray area and said the law requires independent oversight of investments in coins or bullion by a third-party fiduciary — so it doesn’t allow for storage in a safe at home.

See, gold and silver storage in one’s home as part of an IRA isn’t necessarily illegal, but it can complicate matters significantly. Especially if the owners are trading the assets. An IRS audit showed that the husband engaged in prohibited transactions over the course of two years, which dissolved the IRA and incurred fines and penalties amounting to 40% of their total retirement savings. It’s clear the couple had insufficient knowledge to manage their IRA legally. Worse, the self-custody of tangible investments like this is a red flag to the IRS.

Cases like these are examples of why Birch Gold does not recommend home storage or “checkbook IRA”-type accounts. Rather, Birch Gold chooses straightforward and transparent custody and storage of our customers’ precious metals. Licensed, established and reputable depositories offer much greater security than a wall safe or a nook under a loose floorboard. Birch Gold’s custodial partners can help you navigate the potentially treacherous rules and regulations imposed on tangible assets in retirement accounts.

Granted, there are other ways to handle a gold IRA. However, as this unfortunate case makes very clear, the risks can be vastly greater than the rewards.

Shortages could send gold to $10,000 and silver to $500 within a decade: Goehring & Rozencwajg

Leigh Goehring, managing partner at Goehring & Rozencwajg Associates, recently spoke about the forces that could push gold to $10,000 and silver to $500 within a decade.

Such lofty forecasts are hardly unheard of, but the long-term price targets seem to have really taken shape as of late. Goehring attributes his forecast to high inflation combined with try-and-fail hawkish rhetoric from the Federal Reserve.

Few now believe that inflation is going away, with even the Fed Chair dropping the claim altogether. Goehring believes inflation next year could climb as high as 9% and continue rising exponentially from there. When you consider that the Fed’s stated target was 2% until very recently, that’s both shocking and alarmingly similar to what we’ve already seen in the last few months.

Goehring says inflation will bring a black swan event of its own, most likely in the form of a sudden commodity shortage. He draws parallels to the late 1960s and early 1970s, when inflation was climbing 6% year-on-year. In turn, oil prices quadrupled overnight, triggering an inflationary panic. This kind of panic is always good for physical precious metals.

But Goehring notes that things are even more favorable for gold right now.

Back in the late 60s, the Fed still had the option to raise rates. When they eventually did, gold suffered a very bad two years. Today, though, Goehring highlights just how ill-positioned the Fed is to raise rates.

Powell’s initial hiking schedule after his first appointment backfired in the Treasury market. Bonds, a former safe haven, could come under heavy selling pressure alongside stocks as investors begin to grasp the scope of inflation year after year. Keep in mind that right now, 10-year Treasury bonds (and every other first-world sovereign bond) offer a negative after-inflation yield.

Why in the world would anyone want that?

Goehring underscored the importance of investing in physical gold and silver and said that those buying right now are getting a bargain. Gold is still below its previous all-time high, for now.

Gold is known to go up during times of geopolitical strife. As Mining.com’s Rick Mills reminds us,

Gold investors love nothing more than a war, economic crisis or any type of geopolitical instability to watch the value of their bullion grow. Heightened global tensions such as terrorist attacks, border skirmishes or civil wars scare investors into putting their funds into safe havens like gold…

These days, geopolitical tensions feel much closer to home. Brexit showed that the European Union is on much shakier grounds than officials would have people believe. The standoff between Belarus and Poland is an example. Belarus’ forwarding of several thousands of migrants to the Polish border is undoubtedly an attempt to destabilize the EU.

There are many nuances to this story. Ukraine, which is trying to enter the EU, claims that Russia recently attempted to overthrow its government. Many believe that Belarus, a close ally of Russia, is attempting to get an excuse for an invasion of Ukraine in an attempt to assimilate it as it did Crimea in 2014. It would almost assuredly force the West into military action. To make the situation even clearer, the U.S. has been expelling Russian diplomats from its embassies while the Russian Deputy Foreign Minister Sergei Ryabkov said that the U.S. “must stop” and that his nation will retaliate.

When one thinks of countries having standoffs with the U.S., China probably comes to mind sooner than Russia. Making this unequivocal, President Biden said that the U.S. would move its forces if China was to assault Taiwan, as it has been wanting to. Here, however, the threat to the U.S. economy is even greater.

The U.S. holds nearly $29 trillion of national debt, and China is by far the biggest creditor. Selling off its Treasuries as retaliation or in a bid to undermine the U.S. would not only be successful, but also disastrous.

If this laundry list of potential global crises isn’t enough, Mills reminds us that inflation remains a concern as well:

Excessive money-printing not only in the United States, but Britain and the EU, is continuing to devalue currencies at an alarming rate (this, by definition, is inflation, because it takes more units of currency to buy the same amount of goods as before) — for which precious metals, namely gold and silver, are the best defence.