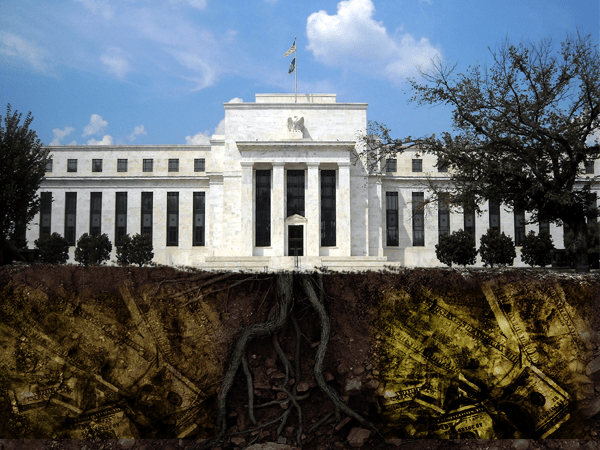 The U.S. has a long list of economic challenges. But over the last few years, complacency by bankers and economic policy makers has been added as a big part of that list.

The scary thing is, this complacency is sowing the seeds for the next banking crisis, which could start this year.

The Seeds of the Next Banking Crisis

Let’s begin with this gem from a Reuters report on Janet Yellen:

[Former] U.S. Federal Reserve Chair Janet Yellen said that she does not believe that there will be another financial crisis for at least as long as she lives, thanks largely to reforms of the banking system since the 2007-09 crash.

Economic cycles over the last 50 years would beg to differ.

What’s troubling is, not only is Yellen completely off base with her comment, there’s also a disturbing level of ignorance and overconfidence illustrated by it. This type of thinking is dangerous.

Wall Street bankers are complacent too, taking on a level of risk that resembles pre-2007 levels (although not in exactly the same way).

But this isn’t a singular case. Wall Street’s banks are taking on more risk at alarming levels.

Currently, leveraged buyouts (LBO) at levels that warrant concern are at 52.3%. In 2007, they were at 50.7%. Couple that with the fact that regulation might be relaxing at the wrong time, and it looks a lot like trouble, as can be seen in the chart below: 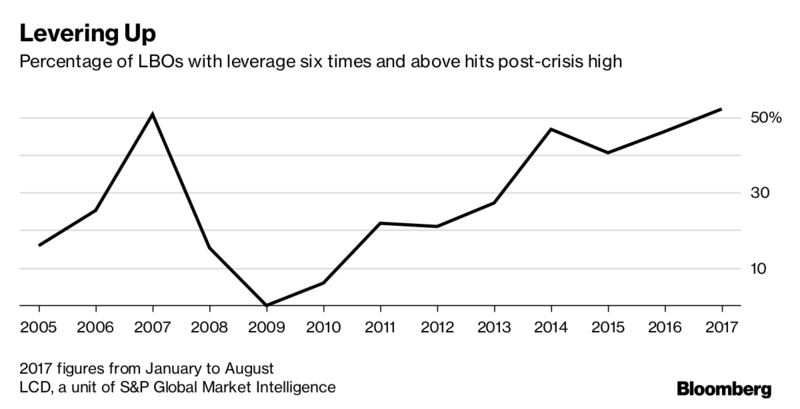 But it’s not just bankers that are being complacent. It also looks like the lending policies that were created after the 2008 financial crisis aren’t being enforced like they should be.

When the Fed’s Away, Wall Street Comes Out to Play

With the notable enforcement exception of Wells Fargo, lately it seems like Washington is looking the other way when it comes to banks. While no one should conflate enforcement with regulation, it does seem like “the cat’s away.”

Here are a few examples…

Stress tests for banks, which we’ve covered in previous posts, are now being eased.

Two complex rules have been revised to make things easier on banks, who complained these rules cost them millions.

The officials watching over the banks have extensive ties to the financial industry. Treasury Secretary Mnuchin worked at Goldman Sachs. Comptroller of the Currency Joseph Otting was the former CEO of OneWest. Jelena McWilliams, slated to run the FDIC, is still the CLO of Fifth Third Bancorp until her confirmation. It makes one wonder if these people biases towards making sure banks can reach for higher yields.

And that’s not the final seed to be sowed…

If the U.S. Economy is Broke, Don’t Break it Further

“Regulation may be relaxing just when markets are getting overextended and need it the most…” – Elisabeth de Fontenay, associate professor at Duke Law School

Two years ago Neel Kashkari was screaming from the rooftops about “too big to fail” banks and a 67% chance the market would implode.

Plus, he hinted another bailout would be needed to clean up the economic mess.

Whether or not Kashkari’s predictions come to pass, if banks were already too big to fail in 2016, and are now allowed to make the same mistakes they were making pre-2007…

And then factor in a weakening dollar, a billionaire’s warnings, etc…

Then the U.S. economy is primed to get the same result as last time: another crisis.

So it’s critical for you think quick, and sow your own seeds that hedge your bets against the rampant silliness of the banks and the Federal Reserve.