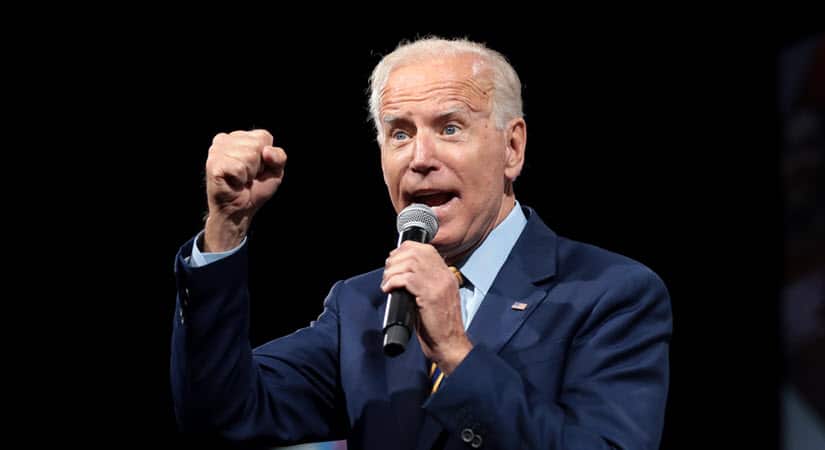 January 20 officially marks the first day of Joe Biden’s first term as POTUS. Up to this point, we could only make some educated guesses about Biden’s retirement policies.

Of course, lingering response measures by a few state governors to COVID-19 will still have an economic impact on savers. Some Trump administration policy also lingers into the new year.

There is also a remote possibility that a nationwide “China style” response by the Biden Administration could add to the overall suffering for retirement savers into early 2021.

But aside from all of that, Biden’s transition is now official. That means it’s a good time to examine what may be in store for retirement savers as the new Administration gets underway.

That examination starts with the 3 key areas that will have an immediate impact as 2021 gets off and running.

While the CARES Act potentially offered some relief for retirement savers in 2020, this year seems to be a slow return to the “same old, same old” shuffling of income and contribution limits.

For example, a recent AARP article states “The amount you can contribute to retirement plans won’t change in 2021,” then lists some of the new limits you can expect starting this year if you use a traditional IRA:

Oddly, and as is the case with most legislation packaged for political gain, limits can change for confusing reasons.

For example, if the main married contributor doesn’t have a retirement plan at work but the spouse does, then up to $198,000 is 100% deductible, with partially deductible contributions up to $208,000.

Roth IRA account limits are handled only a little differently by the IRS, mainly because withdrawals are tax-free (instead of contributions being deductible).

And speaking of taxes, not much looks to be helping retirement savers in 2021.

Like any other year, this year you can expect many changes to the massively bloated U.S. tax code.

The standard deduction will rise by $150 for single and head of household, and $300 for married taxpayers filing jointly.

Of course, the new administration is just getting started, and historically Democratic policies usually involve higher taxes (wealthy Americans are already getting hit).

According to a recent Newsmax piece, there are “trillions in higher taxes on the way,” and not just for the wealthy.”

“Critics contend that [Biden’s] economic plan would wind up draining the wallets of middle-class families as well,” according to a Washington Examiner article.

Finally, on to initial changes in Social Security…

If you were born in 1960 or later, the full retirement age is now 67, according to the Social Security Administration planner.

But if you’re a little bit older, a USA Today article explains an important difference:

For those born in 1955, FRA increases to 66 and two months. If you’re turning 66 this year, you may be inclined to file for benefits immediately and start collecting your money. But if you’re actually not entitled to your full monthly benefit until 66 and two months, you’ll shrink that payment on a permanent basis by signing up a couple of months ahead of schedule. (emphasis added)

We recommend annually confirming the Social Security Administration’s full retirement age, so you don’t miss out on the maximum benefit payment. After all, you’ve earned it.

In addition to the age change, the cost of living adjustment will increase 1.3% in 2021. But as we’ve covered before, the new COLA is likely to get eaten up by inflation.

One thing is clear: these changes don’t seem to help retirement savers too much ‑ if at all.

Consider this New Year’s Resolution for Your Retirement

Lawmakers in Congress and each administration all seem to rehash stale ideas in attempts to get elected (or re-elected). Most of their “solutions,” changes, and new policies don’t seem to help retirement savers that much. (Consider: in 2020 alone American retirement accounts dropped about 22% in value.)

Now is your chance to do yourself a favor and make a New Year’s Resolution for 2021. Take back control of your retirement. Don’t wait for inflation or the next brutal bear market to shock you into action.

Even the SEC agrees, diversifying your savings is a good idea:

The Magic of Diversification. The practice of spreading money among different investments to reduce risk is known as diversification. By picking the right group of investments, you may be able to limit your losses and reduce the fluctuations of investment returns without sacrificing too much potential gain.

Precious metals like gold and silver may be the right way for you to protect your savings against inflation, market downturns, and, like the SEC says, “limit your losses.”

You may not be able to rely on the government to secure your retirement, but at the very least you’ll have a plan for a more secure future.