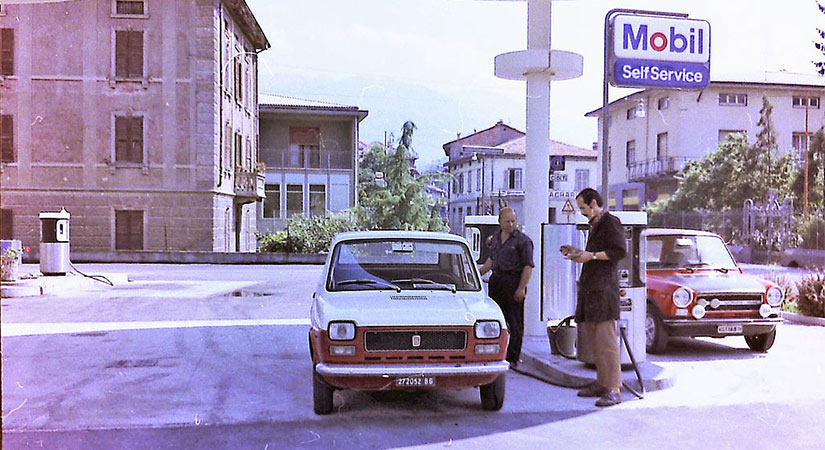 As the November 8th midterm election draws closer, the U.S. economy is still suffering from red-hot inflation, and that includes high gas prices.

In response to public outrage over the situation, President Biden had a novel strategy. Previously, the Biden regime had sold 180 million barrels of crude from the nation’s Strategic Petroleum Reserve (SPR), shrinking it to their lowest levels since the 1980s.

Did that work? The Treasury Department claims the decision “lowered the price of gasoline by 17 cents to 42 cents per gallon, with an alternate approach suggesting a point estimate of 38 cents per gallon.”

That’s not nothing! When California gas prices were nearly $7 per gallon (nearly $5 nationwide), we really were feeling pain at the pump.

It’s still not enough, though. Midterm elections are upon us, and Biden’s party seems poised for big losses in both houses of Congress. Inflation remains the #1 concern among American families. The feeling that the President simply isn’t doing enough about it could cost his party their one-seat advantage in the Senate as well as their eight-seat majority in the House of Representatives.

And nearly half of the SPR is gone.

You can tell the President is a politician rather than an economist, because his new idea for lowering fuel prices? He threatened to raise taxes on oil companies if they don’t lower their prices.

Biden has criticized oil companies that have made record-high profits as consumers struggle to keep up with high gas prices. The price of a gallon of gas was $3.76 on Monday, according to AAA, down from a record of over $5 in June but still higher than a year ago.

You can see how gas prices have trended since January 2016 on the chart below, which also includes Trump’s full term in office (the arrow marks Biden’s inauguration):

Biden specifically targeted oil companies for causing America’s pain at the pump in his Halloween address:

It’s time for these companies to stop their war profiteering. If they don’t they’re going to pay a higher tax on their excess profits.

Now, scapegoating “profiteers” or “price gougers” is a time-honored rhetorical tactic. By scolding and shaking a finger at these greedy oil companies, the President sets up what’s called a false dichotomy.

In other words, he’s saying:

As a rhetorical strategy, it works.

Let’s start with drawing down on the nation’s strategic oil supply. We’ve seen this move did have some impact on prices. Now, whether or not it was a smart move is debatable – the Independent Petroleum Association of America (IPAA) says:

The reserve is intended to be America’s insurance policy against a severe oil supply disruption or a severe economic disruption. We strongly oppose the use of oil stockpiles to affect gasoline prices. Market interference makes us all more vulnerable and is counterproductive to long-term adjustments in the marketplace. A better solution is to enhance, not stifle or shut-down, America’s leadership in natural gas and oil production.

If the government regularly released SPR oil for sale each time domestic fuel prices rose, we could reduce our ability to address a situation with the potential to seriously injure the U.S. economy.

They make two good points. First, the SPR is for emergencies. High gas prices, while certainly painful, don’t quite meet my personal definition of emergency.

Second, this is in fact market manipulation. The proposed intention of selling SPR oil was to lower the price of oil. That costs oil producers money – and adds uncertainty to an already uncertain marketplace. Knowing that an additional source of crude oil could, at any time, flood the market just makes long-term planning and investment much more challenging.

And the IPAA calls out Biden’s decision to kill the Keystone pipeline early in his term, an “energy blunder.” The consequence was a gaping hole in U.S. crude oil supply and certainly had some role in this historic increase in gas prices.

Then there’s the threat to raise taxes on companies that are profiting too much. The President referred to “excess profits.” That’s puzzling…

Does it say somewhere in the Constitution that profits over a certain percentage are “excess” and forbidden?

Can an American President decide how much profit an industry can make, and how much is considered excessive?

The President doesn’t seem to understand that.

Oil prices are too high? Well, that can’t be because his own decisions left our nation with less oil production. Nope – it has to be greedy oil company executives profiteering while everyday Americans suffer.

This position is perilously close to Karl Marx’s core principle that all profit is exploitation. Mr. President, let me state in the strongest possible terms that I disagree. Let me direct you to the Oxford English Dictionary:

cap·i·tal·ism (noun): an economic and political system in which a country’s trade and industry are controlled by private owners for profit, rather than by the state.

Even the International Monetary Fund gets it!

In a capitalist economy, capital assets – such as factories, mines, and railroads – can be privately owned and controlled, labor is purchased for money wages, capital gains accrue to private owners, and prices allocate capital and labor between competing uses.

Finally, I’m not an economist, but I’m pretty sure that raising producer costs does not result in lower prices.

I think it’s safe to assume the President doesn’t understand how capitalism is supposed to work (or if he does, he’s willing to pretend not to for political purposes).

Here’s my concern: his words give the distinct impression that, if promising higher taxes “excess profits” don’t work (as if they could actually pass Congress), price controls would be the authoritarian’s next step.

History can teach us why neither tax threats nor price controls will help to lower gas prices. In fact, they tend to make things even worse.

In 1973 OPEC threatened to cut the supply of crude oil to protest U.S. involvement in a conflict that involved Israel. Fearing an oil shortage and high prices, a historic economic catastrophe developed:

Americans lined up at pumps for limited supplies, and engaged in a national conversation about the threat of “foreign oil” and the nation’s reliance on petroleum. At the same time, the U.S. economy suffered simultaneous recession and inflation (termed stagflation), further weakening American confidence in the nation’s stability and prestige at home and abroad. The 1973-74 “energy crisis” is a key moment in U.S. political, cultural, and economic history, and a central chapter in the history of the global oil economy.

Richard Nixon’s Executive Order 11615 helped to cause unprecedented levels of economic mayhem that took a decade to unwind.

In fact, according to AIER, it took a major deregulation effort in the 1980s to make things a little bit better for consumers. They also levied a harsh criticism against any sort of government intervention in the first place:

Deregulation and the 1980s quieted the depletionists. Oil and gas, after all, are manufactured goods. […] A surplus of regulation, not a shortage of oil or gas, caused the 1970s crisis. […] The 1970s stand as one of most grievous eras in the history of energy, and public policy in general. And it happened as a byproduct of a seemingly innocuous, temporary government intervention.

So, if history serves as a guiding lesson for the Biden Administration, it might be a good idea to shelve the tax idea and leave things alone – before they get worse.

Higher taxes aren’t likely to combat inflation, after all. They might lower the nation’s $31 trillion debt, if our elected leaders can discipline themselves not to spend $2 for every $1 they collect.

The larger problem here is obvious… Our President seems perfectly willing to cause long-term economic damage in order to alleviate short-term financial pain. Because he cares about our wellbeing? Maybe. I haven’t spoken to him personally. I believe his motivation is a little less publicly-minded, though.

When our leaders are stuck in short-term thinking, it’s incredibly important for the rest of us to keep our eyes on the longer-term…

When you think about Biden’s odd tax threat to oil companies, and consider Nixon’s history lesson, you might be asking yourself: Are Americans headed towards another oil crisis similar to the 1970s?

Hopefully, the answer is a resounding “No.” We can’t be certain. Hopefully, a combination of less economically-ignorant advisors and market forces (possibly a recession) will lower gas prices before the President can do more than bluster.

However, stagflation is looking more and more likely. Ask yourself whether your savings would endure another “lost decade” like the 1970s. Would you be confident your retirement funds would survive? Are you taking on too much risk? Are you well-diversified among the variety of asset types? Is your wealth all in a single currency?

Tens of thousands of American families are diversifying their retirement savings right now, looking at current economic conditions and taking out what’s been called “portfolio insurance.” A favorite safe haven asset, physical precious metals (especially gold and silver), is a great way to diversify your savings from a wide variety of risks. A Precious Metals IRA allows you to take full control of your own savings, and diversify with precious metals as you see fit.

After all, it’s your money – shouldn’t you decide how to invest it?