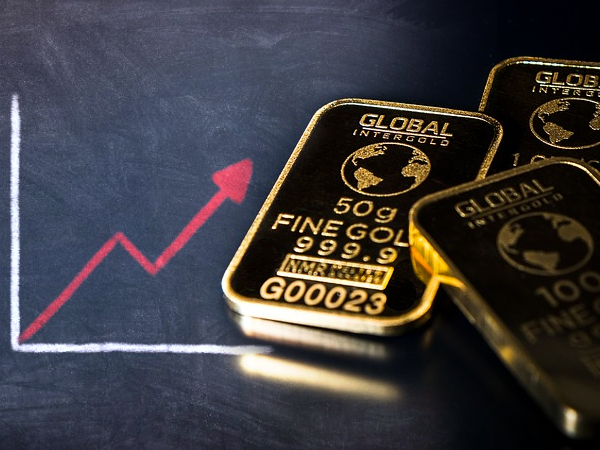 This week, Your News to Know rounds up the latest top stories involving gold and the overall economy. Stories include: Gold is heading towards $1,600, Chinese investors pour into gold over economic worries, and new American Gold and Silver Eagle designs are coming in 2021.

Goldman Sachs: Gold will reach $1,600 within the next six months

According to multiple analysts, gold is enjoying an unprecedented amount of momentum that will likely push the metal to new heights over the coming months. In a report released last week, Standard Chartered’s precious metals analyst Suki Cooper said that the number of risks combined with the likelihood of two more rate cuts by the end of 2019 have given gold plenty of room to grow and limited any potential pullback to the $1,450 level.

Since then, the Federal Reserve has cut rates for the third time this year, with gold continuing to trade comfortably in the $1,500-$1,520 range. Although Fed officials were compelled to assume a more hawkish tone to reassure investors over an increasingly concerning economic outlook, Goldman Sachs’ analysts see little that can be done to curb the ongoing global growth slowdown.

In a report ahead of the rate cut, Goldman’s team listed the economic contraction as just one of the many causes of uncertainty that have been supportive of gold, with others including political tensions in the U.S., flare-ups in the Middle East, the potential of a no-deal Brexit and the ongoing U.S. China trade war. Equally as important, the analysts noted that investors are strengthening their defensive positioning with each passing day, choosing to forgo risk investment in favor of cash.

“With investment growth now falling due to rising uncertainty, a precautionary savings glut is developing, supporting gold and bond prices. This uncertainty, in turn, has steadily increased the demand for cash. So much so, that it has been running into Fed-imposed supply constraints, dislocating repo rates,” said the bank.

Combined with ongoing de-dollarization by global central banks that will likely result in more than 750 tons of gold bullion bought by year’s end by the official sector, Goldman’s analysts remain firm in their prediction that gold will reach $1,600 sometime in the next six months.

As China’s economic and political systems send out worrying signals, the country’s investors are taking their well-established affinity for gold to a whole new level. This year has seen an unprecedented increase in Chinese institutional gold demand, which Forbes’ Simon Constable sees as a clear sign of cautionary sentiment.

Gordon G. Chang, author of The Coming Collapse of China, believes the Asian nation’s citizens have every right to be concerned. The shakiness of the Chinese economy has been driven primarily by its crumbling currency, as the yuan has been devalued to record lows in order to offset the effects of China’s trade war with the U.S.

The Chinese government has released a report stating that this year’s annual growth will represent the lowest showing for the nation since 1992. However, Chang believes that the reported growth figure of 6.0% is embellished, and that the actual rate is even lower.

On the political stage, the country finds itself with a government that is set on debt spending and highly averse to changes in policy, such as a reduction in state control. With a pessimistic outlook across the board, Chang notes that Chinese citizens have once again chosen to place their faith in gold bullion rather than wait for a bad situation to turn worse.

In its latest announcement, the United States Mint revealed that the American Gold Eagle and the American Silver Eagle coins will each receive a revamp of their respective reverses in 2021. Both coins have had their reverses set in place since 1986, with the Gold Eagle featuring Miley Busiek’s Family of Eagles motif and the Silver Eagle sporting John Mercanti’s Heraldic Eagle reverse.

Todd Martin, the Mint’s Chief of Corporate Communications, told CoinWeek that the change will mark the 35th anniversary of the American Eagle program. More than that, the new mints will come in place with significant improvements in both overt and covert anti-counterfeiting measures, with Martin hinting towards new, state-of-the-art security systems on the new series.

While the new designs will be revealed during the commemoration, CoinWeek’s Joshua McMorrow-Hernandez believes the numismatic community already has plenty to look forward to. Hernandez notes that the redesign will represent the first significant change to the coins since the Reagan era and will invariably lead to the creation of 1986-2021 albums among collectors.

Furthermore, Hernandez expects demand for rare mints of both Eagles to intensify as the date approaches. For Gold Eagles, this will be the 1999-W Uncirculated $5 and $10 error varieties struck by unpolished proof dies and the different West Point-minted Burnished coins. In the case of Silver Eagles, avid collectors might look to scrounge up the 1994-P Proof, the 1996 bullion strike, the Burnished 2008-W Reverse of 2007 and the low-mintage 2011-W Proof and 2011-W Reverse Proof strikes, along with the commemorative and marquee 1995-W Proof Silver Eagle.