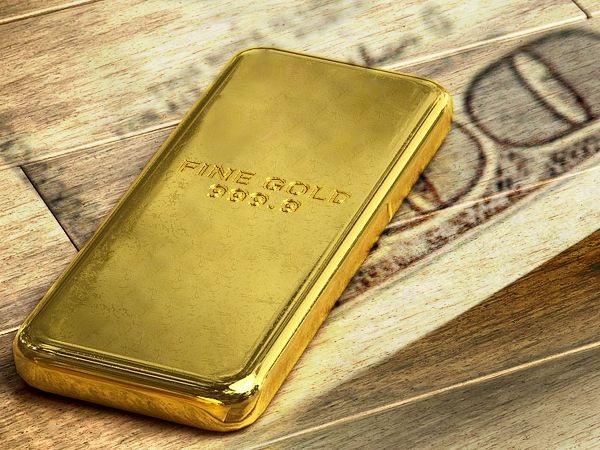 This week, Your News to Know rounds up the latest top stories involving gold and the overall economy. Stories include: Big money is coming to the gold market, negative-yielding debt shoves bonds aside in favor of gold, and silver prices are likely to see explosive action.

Given how well stocks have been performing, one would think that profit-seeking would be at the forefront of every investor’s mind. Yet recent data compiled by J.P. Morgan’s global markets strategy team shows that sentiment appears to be swinging the other way, with private and institutional investors as well as central banks all pouring their money into gold at a rarely-seen pace.For private investors, the motivations for their influx into gold appear straightforward. Riding on a bull market in stocks that has now stretched for more than a decade, many are rightly concerned that the train could soon fall off the rails, as evidenced by global funds recently increasing their exposure to gold to the highest level since 2012.

Central banks, however, might be more interested in dealing with a potential shift in currency dynamics by stockpiling bullion. A growing body of experts believes that the greenback’s status as the global reserve currency could soon be challenged, or that it will, at the very least, see a precipitous decline.

According to JPM’s analysts, both private and institutional investors could do with increasing their exposure to gold as a hedge against risks. Similarly, the team found that central banks remain underallocated to gold, despite two years in a row where bullion purchases from the official sector surpassed the all-time record. Besides a continuation of demand from private buyers, the team forecasts that some central banks might look to double their gold allocation, as their portfolios still hold a relatively low weighting in the metal.

As negative-yielding sovereign debt passes record figures, analysts say gold is a must-have in any portfolio

After years of following the narrative of economic recovery, investors are making their big return to the gold market. Analysts have pointed to various factors that have diminished risk sentiment and forced investors to seek safety, ranging from concerns over global growth to a loss of faith in what have thus far been considered haven assets, such as the yen.

Perhaps the biggest driver, however, comes in the form of negative-yielding government bonds that have stripped investors of their main safe-haven alternative to gold. This notion is supported by the Treasury’s own showings, as both the 5-year and 10-year Treasuries have recently posted some of their worst performances on record.

Xiao Fu, head of global commodities strategy at Bank of China in London, said that the loose policy shift by central banks has fundamentally changed the way investors and fund managers can strategize with their assets. According to Fu, bonds’ move into negative territory will have a lasting impact on how investors treat portfolio diversification, adding that gold will soon become a necessity.

And as sovereign bonds become less and less appealing, their issuers are bolstering their own portfolios by buying heaps of bullion. With the World Gold Council (WGC) reporting that last year saw another 650 tons bought by the official sector, total central bank gold holdings are now just 10% below their highest level ever, reached in 1966. The WGC also revealed that some central banks have already resumed the purchases less than a month into the year, with Russia buying 9.7 tons and Kazakhstan adding 3.5 tons of gold to its reserves.

To John Hathaway, co-manager of the Sprott Gold Equities fund, the flock towards gold is fairly clear-cut. Along with investors no longer being able to rely on former safe-havens, Hathaway pointed out that central bank gold demand is being powered by a desire to move away from the dollar due to several factors, including low Treasury yields and excessive borrowing.

Guggenheim co-founder: Silver is likely to go on another massive run of price catch-up

In an interview with Bloomberg at Davos, Scott Minerd, co-founder and CIO of Guggenheim Partners, shared his unabashedly bullish view on where silver is heading as gold continues to hover above six-year highs. Like many others, Minerd thinks that silver prices have fallen too far behind for the fourth time in the last 20 years, and that we are due for a fourth bout of massive price gains as the metal plays catch-up with gold.

Minerd is more optimistic than most, however, as the fund manager referred to silver as his number one conviction trade in 2020. Elaborating on his prediction, Minerd pointed out that gold is very close to its all-time peak while silver remains roughly 65% below its own high. In line with historical precedent, Minerd expects silver prices to explode this year and post yet another performance for the ages.

Minerd was also critical of most assets, referring to them as a ponzi scheme being perpetuated by central banks. Minerd doesn’t put much faith in the recent performances of stocks and bonds, as he believes their prices have been inflated by central bank money printing. Given his belief that both equities and bonds rest on very shaky foundations, Minerd expressed concerns that either of the markets could be setting itself up for disaster.